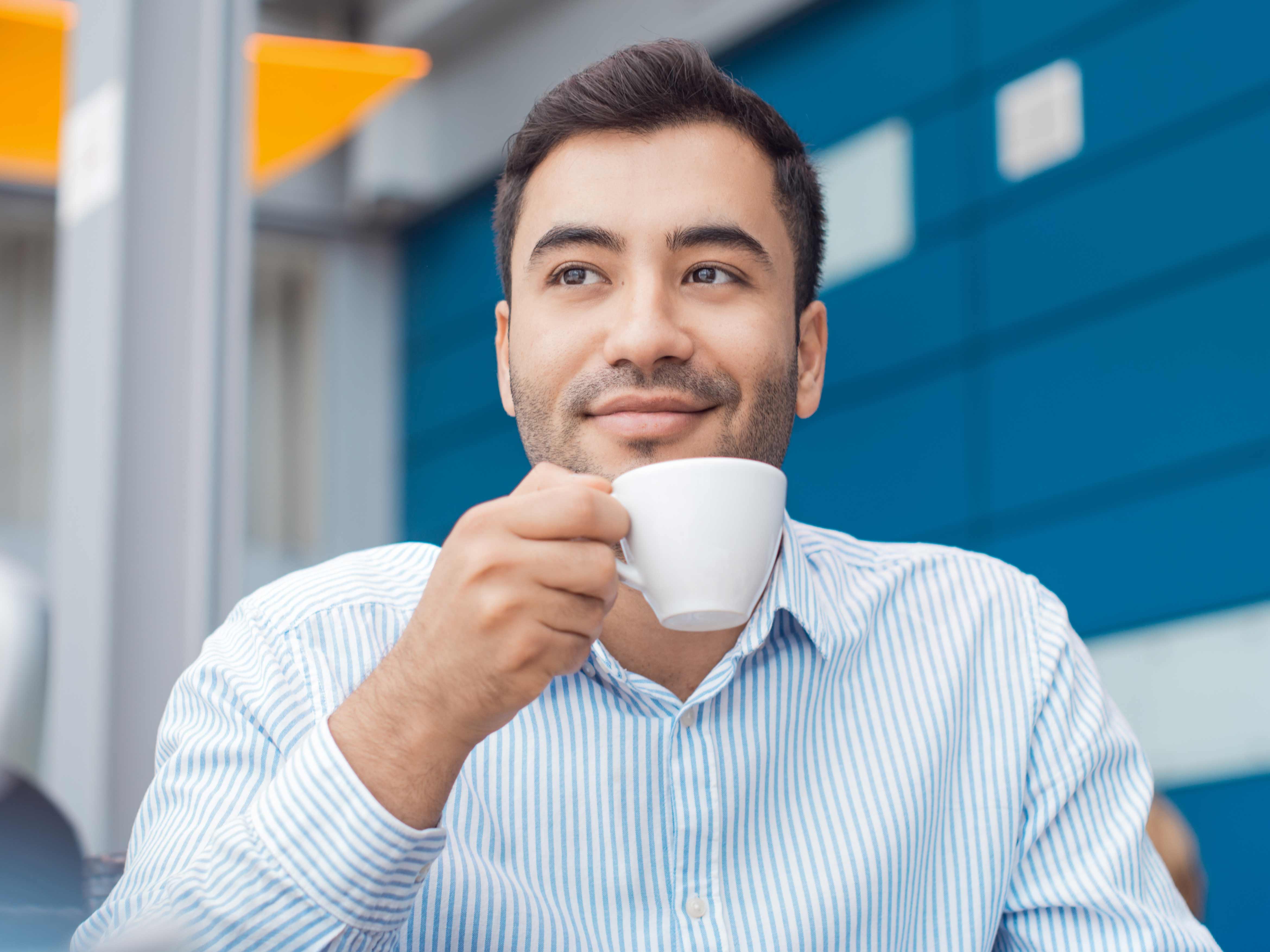 I love drinking coffee. Dark roast… not too charred… with 2% milk and one stevia. Recently, we purchased a Nespresso machine and I am in heaven. I actually do it my own way, running two coffee pods, each in lungo mode, twice. Perfection.

But I am prone to migraines and coffee can trigger them; especially when sugar and dairy are added. And my colleague suffers some bowel issues when he drinks too much coffee. This leads me to consider whether coffee, objectively, is healthy or not. Well, lucky for coffee lovers like me, numerous studies extol the health benefits of drinking several cups of joe per day. Let’s take a look…

The American Journal of Epidemiology has published the results of a 10 year study linking survival rates to daily cups of coffee consumed. Researchers set out to determine if drinking coffee was directly linked to better health outcomes, especially with relationship to life-threatening diseases and conditions. Moreover, they wanted to test how well decaffeinated coffee stacked up against regular. So they began a 10 year study tracking the coffee consumption habits, health, and lifespan of over 90,000 adults.

At the study baseline (1998-2001), none of the 90,317 participants had cancer or history of cardiovascular disease. Between the years 1998-2009, however, 8,718 participants died. After taking into account habits such as smoking and other potential cofounders, the participants who drank coffee had fewer incidences of specific diseases and an 18% lower death than non-drinkers.

What’s more, those who drank coffee were less likely to dies from heart disease, chronic respiratory diseases, diabetes, pneumonia and influenza. Coffee drinkers are also less like to commit intentional self-harm or suicide, the research indicated. There was no association with cancer prevention and coffee consumption, however.

It looks like you can hedge your bets by drinking more coffee than usual. According to the research, the participants who drank four to five cups per day had the lowest risk of death.

And there is more good news. For those who can’t tolerate caffeine, the researchers observed similar findings for those who drank only decaf!

I wanted to see other health benefits of drinking coffee, especially if there were specific organ functions that could be increased based on consumption. I found a study from several years ago published in the journal, Hepatology, which looked at coffee’s effects on the liver.

Prior studies have indicated that high coffee consumption is association with reduced incidence of chronic liver disease. Researchers for this study wanted to see if drinking coffee also had an effect on slowing the progression of liver disease. The study assessed 766 participants of the “Hepatitis C Antiviral Long-Term Treatment against Cirrhosis (HALT-C) trial who had hepatitis C–related bridging fibrosis or cirrhosis on liver biopsy and failed to achieve a sustained virological response to peginterferon plus ribavirin treatment.”

For 3.8 years the participants were followed and their clinical outcomes tracked. Tea consumption was also studied, but results were not positive. At conclusion, researchers found that participants with advanced hepatitis C–related liver disease, drinking coffee regularly was associated with lower rates of disease progression.

The above study showed how drinking coffee can help prevent onset of liver disease and also slow the progression of advanced Hep-C. Another study carried out at the University of Southamptom in the UK, and published in the science journal Alimentary Pharmacology and Therapeutics, found that drinking coffee protects the liver from the adverse effects of alcohol and hepatitis to protect against onset of cirrhosis.

Liver cirrhosis is scarring of the liver that occurs as the result of either a virus or toxin. It is potentially lethal as it places one at risk of liver failure and cancer, and causes over a million deaths annually. Because observational studies have reported an association with the reduction in risk of cirrhosis and alcohol consumption, researchers carried out a systematic review and meta-analysis of available literature and studies on the subject.

There are many people skeptical to the health benefits of drinking coffee. Often this is tied to media warning to beg off coffee and caffeine in general. Also coffee is a known migraine trigger and causes diarrhea and IBS in many. What’s more, adding whole milk, cream or half-and-half and sugar to coffee, can create a calorie bomb worth avoiding. Not to mention all those crazy bad-for-you designer frozen coffee drinks that are really deserts.

Like anything else, there are limits and methods to achieve desired results. My take is this, stay away from the calorie-dense, high-sugar coffee drinks; no matter what. And if you are susceptible to migraines, then go with 2% milk and stevia sweetener, and limit your quantity to the maximum cups you can consume daily without triggering a headache. Or even better, go with decaf because at least one study showed positive results without the caffeine.

All in all, these three studies, and an article I wrote looking at studies on coffee’s effects on diabetes and prostate cancer, point to one thing: Coffee is good for your health. Grab a cup, relax and enjoy.