Home » Listen to your hunger pangs to silence disease 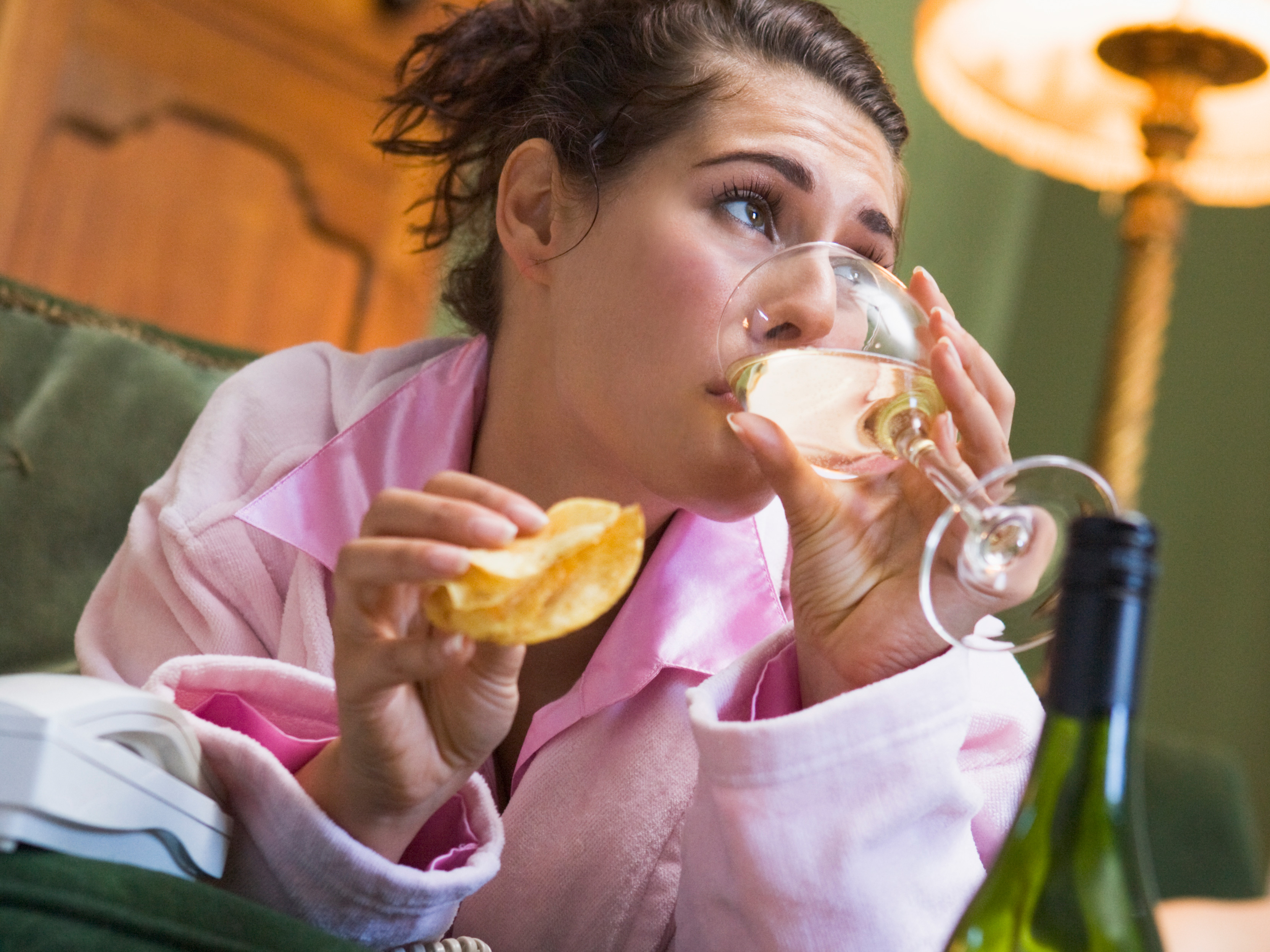 If you’re not hungry, don’t eat. When your body signals you that it is hungry, eat. But that’s not what most of us do…

I came across a consumer research article recently that revealed this new flash: “The tendency of today’s consumers to eat when they are not hungry might be less advantageous for health than eating when they are hungry.”

What a revelation! In case you don’t know me well, I’m being sarcastic…

Of course if you eat when you’re not hungry it’s not good for you. Basically that amounts to overeating. Because you will likely also eat at your regularly scheduled meal time, or when you do eventually get hungry. I think hobbits refer to those meals as second supper, third supper and so on.

Plus, the food most of us eat when we’re really not hungry is the worst of the worst: junk food. But the strong disease connection is what most people don’t realize…

It’s not entirely our fault. Understanding why we do it is key to stopping this self-destructive, disease-causing behavior…

I recently read a book (check it out here) by a friend and colleague of mine, Dr. Michael Cutler. In it he makes it crystal clear as to why so many Americans fall into this trap. Let me share this excerpt:

Highly processed foods, which aren’t just snacks and desserts but pasta, cereal, smoked, canned, cured and extruded meats like nuggets, hot dogs, sausage and many burgers are formulated to appeal to the pleasure centers of the brain.

There are literally teams of scientists called “flavorists” researching how to make grains, which a human would never eat in its native form, taste good. They add flavors that we naturally crave in real food… fatty, salty and sweet.

When you start eating these fake foods that are tricking your brain, you truly can’t hold yourself back. The sugar, fat, saltiness, crunchiness and even the way these foods feel in your mouth are carefully designed by food scientists to be irresistible—and addictive.

It used to be that the things that caused addiction were quite obvious… alcohol… drugs… cigarettes. But just like Big Tobacco, the food manufacturing giants saw the money-making potential of addicting us to their products. And now, hardly anyone ‘can eat just one.’

Potato chips were my weakness a number of years ago. I don’t think I was ever hungry when I ate them, but I just couldn’t stop myself. I was especially fond of the salt and vinegar flavored chips. This was, of course, before choosing a paleo-styled diet changed my life.

I was probably at my heaviest then — and America wasn’t too far behind. Now we’re facing an obesity epidemic of unparalleled proportions. And with that comes disease too…

Those chips I ate so many of, even when I wasn’t the least bit hungry, pose a huge cancer threat. Lurking deep inside those salty, crispy, tasty treats is a side of acrylamide — an unappetizing chemical typically found in an industrial environment.

And here’s the thing: The international Agency for Research on Cancer considers acrylamide a “probable human carcinogen.”

Trace amounts of acrylamide are present in many foods cooked at temperatures higher than 248 degrees Fahrenheit. But relatively high levels are found in fried potatoes, including French fries and potato chips.

Diabetes, too, is at an all-time high. And its boon is also tied to eating when you’re not hungry.

The consumer research article I mentioned earlier — that made the ‘startling’ discovery that eating when you’re not hungry is bad for you — was based on a study that found blood glucose levels rise higher after eating a meal when you are not hungry than they do when you eat the same meal when you are moderately hungry.

But that’s not what happens when you eat just to eat instead of waiting for your body’s signal. Your blood sugar jumps quickly, higher than normal, and that damages your cells.

But if you eat real, whole food, rich in healthy fats, protein and nutrition, you’ll actually be satisfied by what you eat and snack less. That satisfaction will be all the help you need to fight your junk food addiction and get back on track to eating when you’re really hungry.

And if you still need a little something in between meals, try a handful of almonds, cashews, or macadamia nuts. If you follow that advice most of the time, then some of the time you can still enjoy those other snacks as long as it’s in moderation. That’s the key to being a part-time health nut.

Let hunger be your guide — eurekalert.org