Home » MRI: The ‘routine’ procedure that could ruin your life 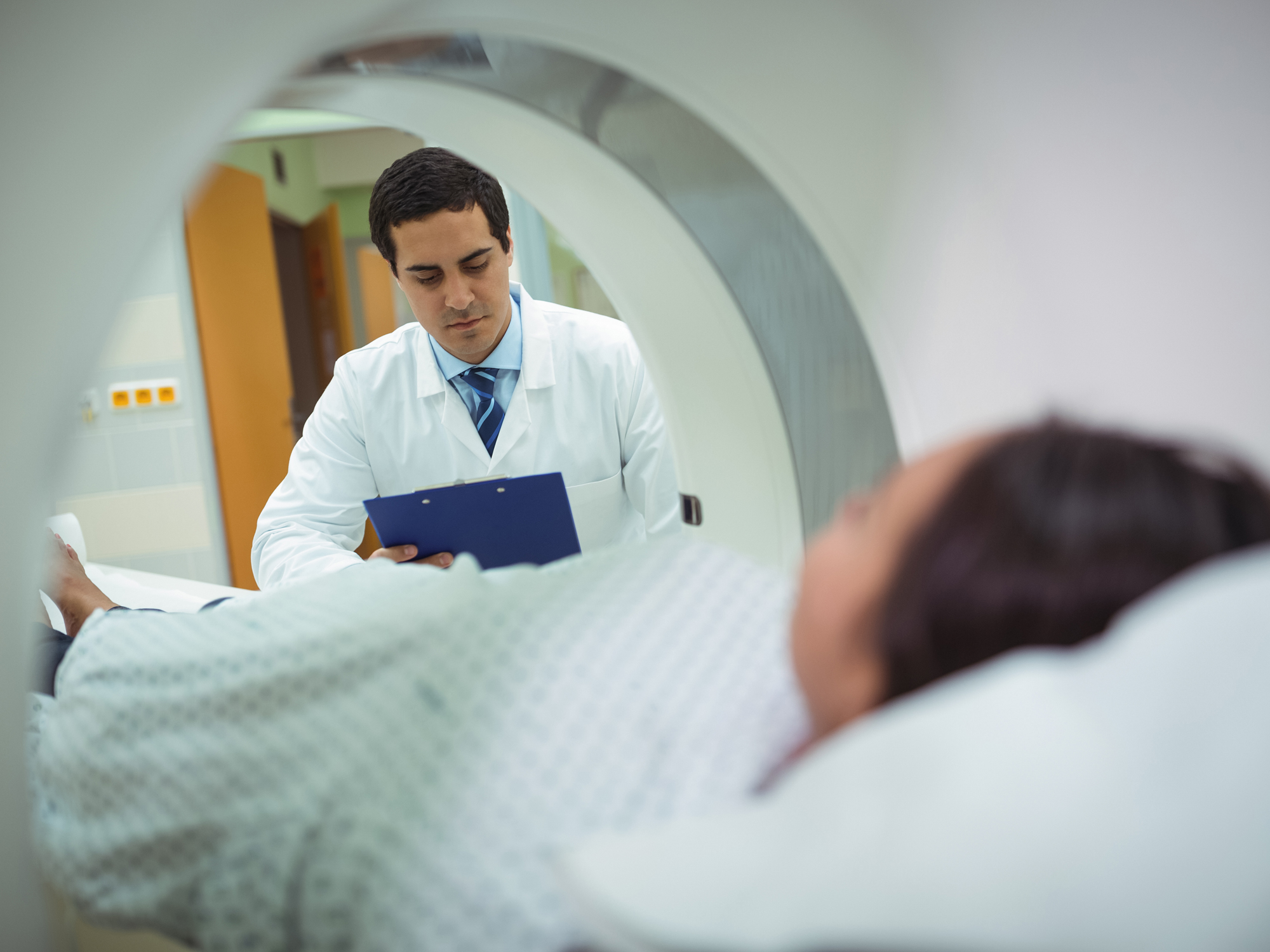 When a doctor orders an MRI, it’s usually to help detect or rule out something potentially life-threatening, or at the very least, something that could make you seriously ill.

But, it’s recently come to light that this rather routine diagnostic test, meant to help you, can have devastating effects on your health.

And, once again, the FDA is taking a “hands-off” policy, waiting until it harms enough people before taking any action to regulate or eliminate its use.

The metal that never leaves your body

Gadolinium is a metallic element with magnetic properties. It is injected into about one third of patients getting an MRI, in order to enhance imaging. If your doctor has ever ordered an MRI with “contrast” for you, you were exposed to gadolinium.

But most likely you had no idea you were being injected with a known neurotoxin, capable of inhibiting mitochondrial function (energy production) and causing oxidative stress.

Originally, it was claimed that, because gadolinium is bound to other molecules, the body quickly excretes it through the urine.

Research has proven this to be untrue. At least 1% of each dose may be released from its bound state upon injection and deposited in brain, bone, and other bodily tissue.

For people with kidney disease, this can result in nephrogenic systemic fibrosis, a potentially lethal condition.

For the rest of us, the results can be just as devastating.

For famed actor Chuck Norris, the nightmare began in 2013 when his wife, Gena, had three MRIs in one week to evaluate her rheumatoid arthritis…

What followed was a series of mysterious health issues — triggered by the MRIs — that nearly cost Gena her life.

Her gadolinium levels were off the charts. She suffered with symptoms of what we now know as gadolinium deposition disease. Her entire body felt like it was on fire. Her cognitive abilities declined. She couldn’t swallow. Her blood pressure soared.

It took over six months to bring Gena back to something close to normal. Even then, years of treatment were needed to beat back her symptoms.

This year, the European Medicines Agency’s Pharmacovigilance and Risk Assessment Committee (PRAC) completed a year-long review of the risks of gadolinium when used in MRIs.

As a result, they recommended suspending the marketing authorizations of four gadolinium-based contrasting agents, or GBCAs.

Because they “found convincing evidence of accumulation of gadolinium in the brain…. many months after the last injection of a gadolinium contrast agent.”

In other words, this toxic metal is not excreted immediately, as was originally intended. Instead, it can remain in your body tissues for months, even years, after an MRI, poisoning you all the while..

The PRAC also found that gadolinium “has been associated with … skin plaques and Nephrogenic Systemic Fibrosis (a skin disease that causes thickening and darkening on large areas of the skin), and that “non-clinical laboratory studies have shown that gadolinium can be harmful to tissues.”

In other words, they chose to take a “better safe than sorry” approach to a possible threat to public health. As their press release states: “…the PRAC took a precautionary approach, noting that data on the long-term effects in the brain are limited.”

Compare this with the FDA’s approach to gadolinium toxicity.

That’s what the FDA had to say about the adverse effects of gadolinium in 2015. Since then, they have made no further public safety announcements regarding the use of gadolinium-based contrasting agents in MRIs.

However, in September, the Medical Imaging Drugs Advisory Committee voted to add more warnings to GBCAs. Although the committee claimed not to find enough evidence that the symptoms of gadolinium deposition disease are indeed caused by gadolinium retention, they still want patients to be warned about the risks.

So, they’re warning us, just in case it’s true? But do you really have much of a choice if you’re about to have GBCAs injected into your body at doctor’s orders?

As Dr. Alicia Toledano pointed out to the FDA’s Medical Imaging Drug Advisory Committee: “Not every MRI happens within an inpatient context … sometimes it’s just whatever the facility has. ‘This is what we do for all patients.’ And if you ask us if it’s safe, we will tell you, ‘Sure just drink some water when you get home. You will be fine.’

When someone gets an order … to go to the hospital … and get an MRI, they show up. They … sign a consent form. What happens if they say no? Where does that patient go? Who talks to the patient?

If you have unexplained symptoms that you think may be caused by retained gadolinium from a contrast MRI, you can report it to the FDA by filing a MedWatch Adverse Event Report.

Also, know that you do have a choice. Contrasting agents are not needed or necessary in every MRI. Ask your doctor, the clinic or hospital if you really need one. If so, ask for a ‘stable cyclic’ agent, which can replace linear gadolinium.

Chelation has long been used to help pull metals from the body. As of right now, some healthcare providers recommend chelation therapy while others feel it can’t help enough.

Finally, support groups exist for people with gadolinium toxicity. You may be able to glean some first-hand wisdom from these forums.

Editor’s note: Nothing surprises me about the dangers of modern medicine. 38.6 million Americans take a single drug every day that robs the brain of an essential nutrient required for optimal brain health, and it’s stealing their memories. But doctor’s keep prescribing it. Click here to find out if you’re taking it!