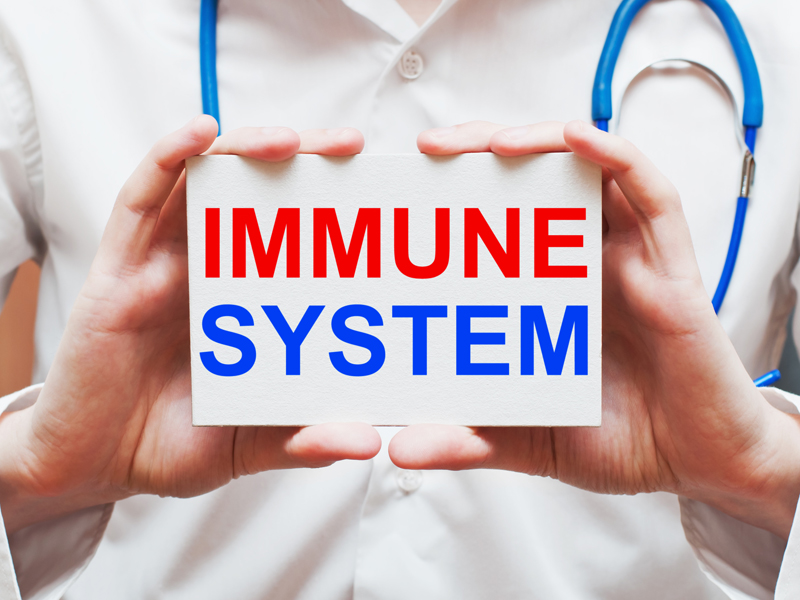 Losing weight is never easy, especially when there are factors beyond your control working against you — like evolution…

From an evolutionary perspective, sudden or dramatic weight loss was bad for survival. So when you gain a few pounds your body clings to them like your life depends on it — because at one point it did.

But now the exact opposite is true. Holding on to extra weight can put you at risk for diabetes, heart disease, stroke and cancer. But your body hasn’t gotten the memo…

That’s why when you try to lose weight, your immune system actually fights it like it would a bacterial or viral infection.

In fact, researchers believe that your immune system is probably responsible for 40 percent of your body’s weight regulation (which makes sense considering obese people tend to have sluggish immune systems and lower levels of the natural killer T cells).

But recently, a team of researchers from Ireland, the United States and Canada discovered a way to make your immune system work for you rather than against you when you’re trying to lose weight…

All you need to do is take control of your body’s natural killer T cells — the cells best known for their ability to fight cancer.

It turns out, these cells help regulate weight loss in your body too. They encourage your fat cells to produce a small protein called fibroblast growth factor-21 (FGF-21). This protein then tells your body to turn white fat into healthy brown fat. And since converting white fat into brown fat uses a lot of energy, your metabolic rate increases and you lose weight.

So if you’re carrying around quite a few extra pounds, you probably have a sluggish immune systems and lower levels of natural killer T cells. If you’re also battling stress or disease it’s pulling double duty.

One last thing to remember… by boosting your natural killer T cells you’ll not only be better equipped to lose weight, you’ll be better at keeping your body free of viruses and cancer too. These little guys destroy cells infected with viruses and tumors, so they’re good to have around for more reasons than one.

Editor’s note: Natural cancer cures exist in nature. But the sad truth about medicine’s biggest money maker is most will never leave the research lab. Dr. Michael Cutler reveals how to escape outdated and useless conventional treatments and therapies — and lists dozens of the best vitamins, supplements and alternative therapies to prevent and treat cancer in his comprehensive guide, Surviving Cancer! To get your copy today — plus 3 FREE reports — click here!