Home » The drinking habit that leads to obesity 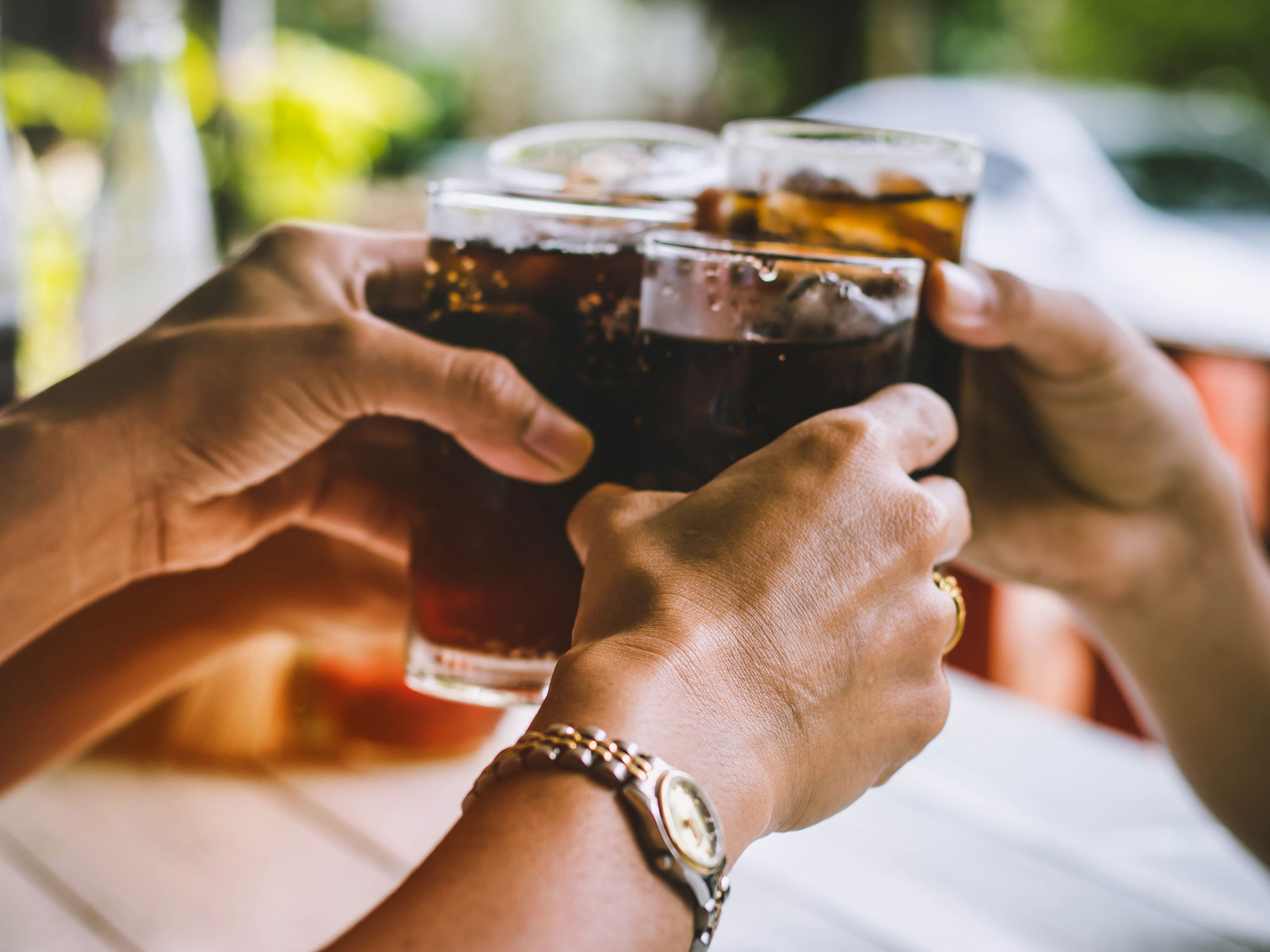 Before you take a swig of that drink in your hand, hold on just a second… because what’s in it could be the reason you’ve failed every diet you ever tried.

That’s right. It could be what’s hidden in your favorite beverage that’s responsible for that spare tire around your middle or those saddlebags on your hips that you just can’t get rid of.

So, what am I talking about? Sugar-sweetened drinks.

You know the ones… those sodas with that addictively sweet taste… the ones that are so easy to grab when you need a quick pick-me-up… the ones that you can’t escape in the drive-thru — because let’s face it, it’s a better deal to get the sandwich and the drink, right?

You’ve probably already heard that sodas and their ilk are not good for you. In fact, you’ve probably heard it so often that you’ve just tuned it out.

But, what you haven’t heard is that an analysis, combining the results of 30 different studies (of 250,000 people!), on the effects of sugar-filled sodas proves that these drinks lead to obesity!

So, if you’re carrying around a little extra weight and you’re guilty of sneaking a soda from time to time (or, likely, every day), changing what’s in your cup may be single best way to start dropping the pounds…

A new review of the latest evidence on sugar-sweetened beverages (SSBs) was recently published in the journal Obesity Facts, the journal of the European Association for the Study of Obesity (EASO).

The review, which includes 30 studies published between 2013 and 2015 and included data on almost 250,000 people found that SSB consumption is positively associated with being overweight or obese.

Before you think, “Yeah, but it could just be that those people ate too much, ate the wrong things or didn’t exercise enough.” think again.

The majority of those 30 studies completely factored out diet and lifestyle choices (including activity levels) that could have affected the results, leaving only one culprit standing — sugary beverages.

That means that if you’re a soda lover, you could, literally, be drinking yourself fat.

So, what can you do?

Before you jump from your regular soda to those zero sugar, zero calorie alternatives, beware: Those artificial sweeteners that give diet drinks their sugary taste could be even worse for you than the sugar-sweetened ones you’re trying to give up.

In fact, they’ve been linked to everything from diabetes to cancer… even Alzheimer’s.

But, there are options you can use to still get your sugar fix without the dangers those chemical sweeteners pose or the danger to your waistline posed by those traditional sodas. Here are a few to try:

#1 – Infused Water – You’ve probably seen those infuser bottles everywhere. They’re all the rage right now. They let you put a few slices of your favorite fruit into a pitcher of water. The flavors meld together and you get a refreshing, healthy drink with that hint of sweetness you crave!

#2 – Lemon and Lime Twist – Combine seltzer water with a few slices of lemon and lime along with a dash of stevia to make your own healthy version of your favorite citrus soda. You can even try it with tea, like in this recipe for a quenching cherry lime rooibos tea cooler.

#3 – Texas (Un)Sweet Tea – If sweet tea is your thing, swap out your usual sugar for stevia or a teaspoon of agave syrup. You might want to try watermelon and basil iced tea or an antioxidant-rich peachy green tea cooler.

Don’t let the empty calories in your usual soda pack on the pounds, leaving you overweight and unhappy. Kick the soda habit and embrace a healthier you.