Home » Testing and treating your body for glyphosate 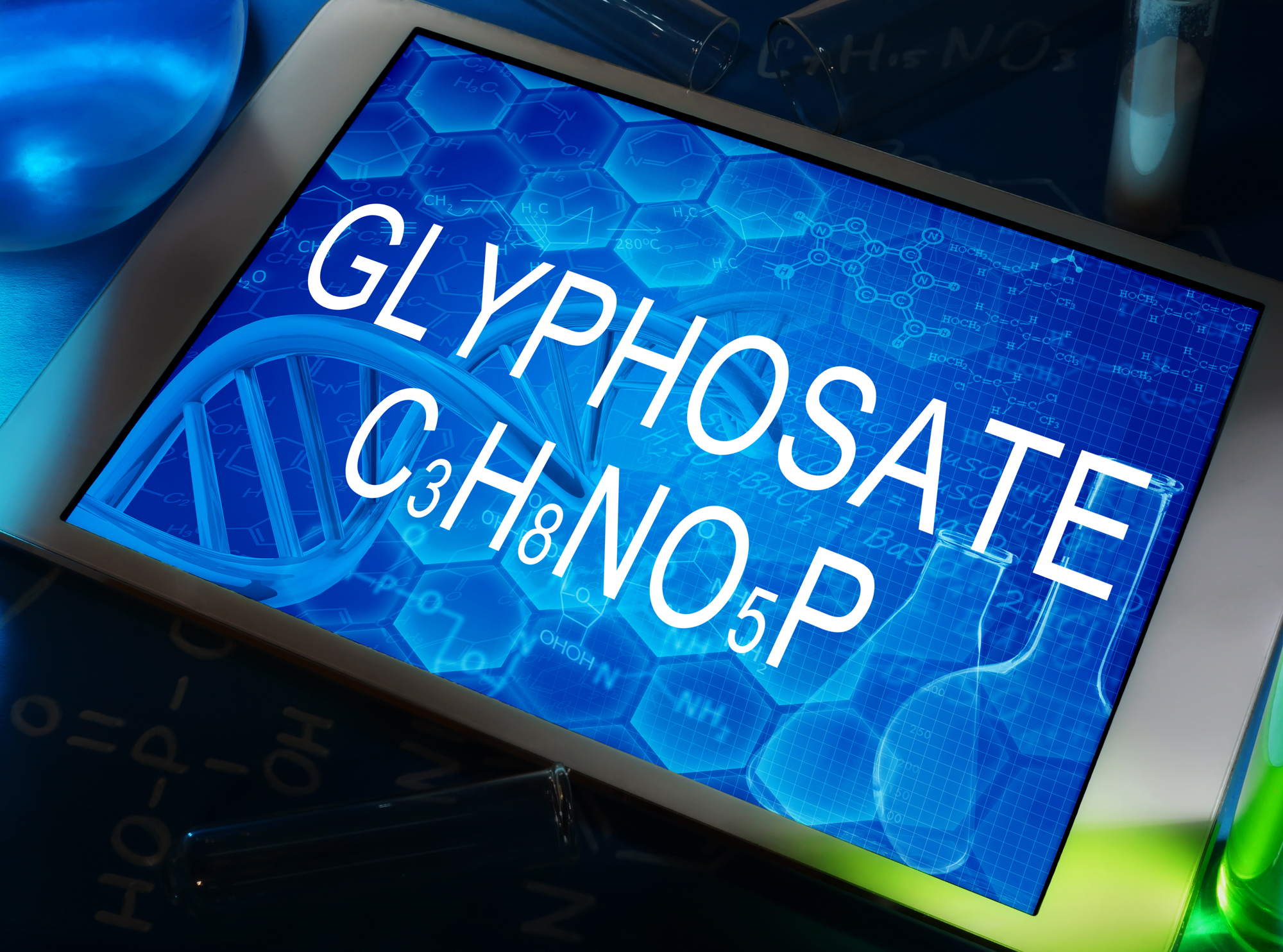 If you have not really followed the news about why genetically modified (a.k.a. GMO) foods are a problem for your health — then here are the basics you really need to know.

The Monsanto Company, founded in 1901, introduced glyphosate (Roundup®) in the 1970’s to kill weeds with the intention of increasing crop yields. The Environmental Protection Agency (EPA) and Monsanto Company have done many studies on its safely, but only short-term ones. Based on these studies, the EPA has established “safe” levels for glyphosate residues in these foods. But they have not been able to do long-term ones.

I’ve wondered why no long-term studies have been done on glyphosate in humans. A reasonable explanation as to why it is almost impossible to determine the direct effects of long-term bio-accumulation of glyphosate is offered here by Layla Katiraee, Ph.D. in molecular genetics from the University of Toronto.

These “Roundup®-ready” foods are mainly corn, soybeans, sugar beets, and even now oats. Doesn’t sound too bad, right? Not until you realize that these are the very foods that are routinely sprayed with glyphosate.

Glyphosate residues not a problem?

The EPA for years has claimed that Roundup® is “not likely” to cause cancer.  Yet, in my previous report we learned that the World Health Organization’s International Agency for Research on Cancer tells us that glyphosate is “probably carcinogenic to humans.”  Key leading researcher scientists are now telling more as to why glyphosate causes cancer.

While the EPA has established “safe” levels for glyphosate residues in these foods — up to 30 ppm (parts per million) — there is more to know here. Monsanto generates nearly a third of its annual $15 billion revenues from GMO foods that are sprayed with glyphosate. Not coincidentally, Monsanto helps guide the EPA to establish these “safe” levels. In 2013 Monsanto requested (and was granted) higher allowable levels of glyphosate for many foods we eat. But new information is changing this.

One of the hold-ups for more universal testing of glyphosate in foods has been that the EPA (with Monsanto on its side) has claimed that in small amounts glyphosate won’t hurt anyone. This is of course based on their studies, and therefore have avoided testing for it. But as more studies show the direct link to cancers, hormone disruption, and other diseases, everyone wants our foods to be tested… and many of you will want to get yourself tested like my patient Diego was.

Some good news is that testing food for glyphosate residues is now moving forward. The U.S. Food and Drug Administration (FDA) reported it will measure glyphosate in several foods that are GMO and which get sprayed routinely with glyphosate, including soybeans, corn, milk, eggs, and other foods.  As you might expect, the FDA has just barely confirmed that baby foods contain glyphosate residues.

As for getting tested yourself, glyphosate and its companion chemicals can be measured in your urine by Great Plains Laboratory through a doctor who can order it for you.

Better yet, it is going to soon be available to anyone without a doctor’s order. The Detox Project is overseen by leading physicians in the San Francisco, CA area. They initiated testing for the general public, but have since temporarily halted their testing of urine, water and food. They are getting ready for a big launch of their efforts, with physician guidance as to how to detoxify yourself from it too. They will be test for glyphosate and its metabolite AMPA. Learn more at it here.

Your liver is your main detoxification organ, which dumps waste molecules such as glyphosate into bile for elimination via your intestinal tract. When considering ways to detoxify your body from glyphosate, first “pre-detox” by cleansing your gastrointestinal system. The simplest way to do this is to achieve liquid stools for 2 days using over-the-counter Miralax® (polyethylene glycol) at 2 to 3 times the usual dose twice daily if needed. Bentonite clay has been used, but is more for mercury, lead, arsenic, aluminum, and cadmium heavy metal detoxification.

Sweating in a sauna is a sure-fire way to enhance glyphosate elimination. Far infra-red saunas are the superior sauna method for detoxification.  This form of electromagnetic energy penetrates your body up to three inches deep with radiant heat reaching into your muscle, fat, and even internal organs without heating the surrounding air. Your body will perspire approximately 80-85% water and 15-20% waste (including toxic chemicals). In contrast, traditional dry and steam saunas produce perspiration containing 95-97% water and only 3-5% toxins. Infrared saunas are even more effective if combined with DMPS (chelating agent) for heavy metal detoxification.

There are also herbs and supplements that enhance liver detoxification:

Vitamin B12 in the form of methylcobalamin (not cyanocobalamin) helps to improve Phase II detoxification in your liver.

Indian Gooseberry (Phyllanthus emblica), a.k.a. “Emblica” or “Amla” is a fruit found to significantly reduce the severity of liver damage by caustic chemicals and improve liver function at one to three grams of dried fruit powder daily for a month or 300 mg tablets (50% amla extract) 3 times daily for a month, repeating as desired.

Cilantro (a.k.a. Coriander) possesses liver protective activity from toxic chemicals in rat studies and is thought to do the same in humans.

Wolfberry (Lycium barbarum) protects your liver from injuries due to toxic chemicals and other insults.

Alginates (seaweed) binds up and carry away toxins in your intestinal tract, reduces inflammation to your gut lining, helps build up healthy gut microbiome, and enhances liver detoxification. As an aside, you can consume alginate as a supplement for detoxification which will also help you lose weight.

Remember to retest for glyphosate after 6 weeks to measure the effect of your detoxification method.

To a clean environment… and feeling good,
Michael Cutler, M.D.