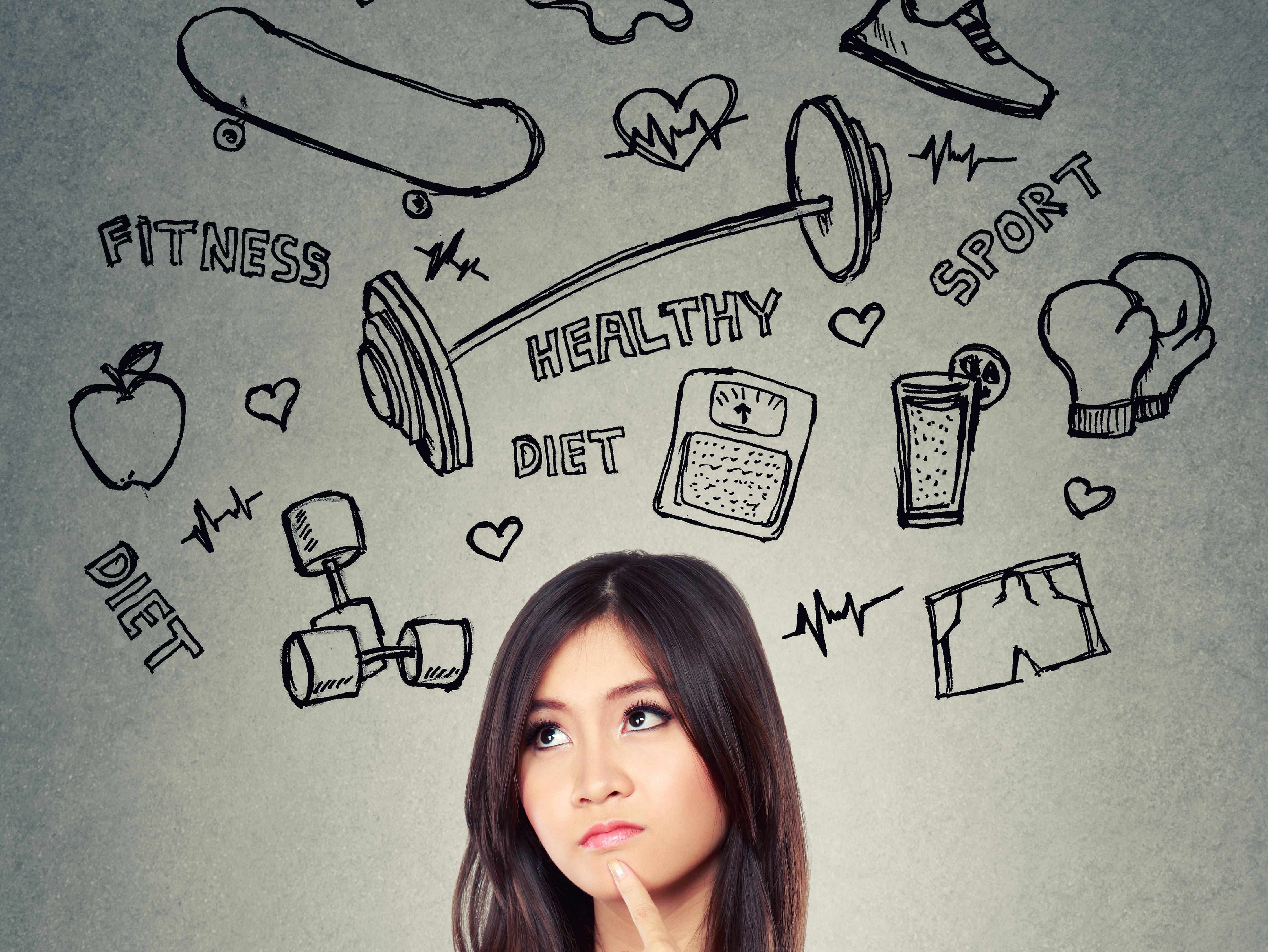 2021 is flying by. Halloween has passed, but the candy still lingers…

Thanksgiving is approaching and I am already full just thinking about how much I’ll eat that day.

Then it’ll be December when Christmas parties, eggnog and food-themed gift baskets abound.

But this year, I have an edge…

I’ve learned something very easy but has worked for me already and I can’t wait to tell you about it.

Because it turns out that if you just pay close attention to your brain, you can “think yourself skinny.”

It’s called “dispositional mindfulness.” But before you dismiss it as some psychobabble term, all that means is that you have an acute awareness and attention to your own thoughts and feelings. This can steer how you make decisions and help you look and feel the way you want.

Today’s world is fighting against you on this. Cellphones, social media and multi-tasking are all distractions that keep us from really thinking about how we’re living. We’re basically on auto-pilot: Making decisions based on habits and routine rather than thoughtful analysis.

However good our technology seems, if you fall victim to it and put yourself on autopilot, you’re more likely to be obese than people who practice dispositional mindfulness.

Studies show mindfulness helps people overcome cravings and reluctance to exercise by making you aware of each moment and how it relates to what you do and how you feel.

Think about it this way: You’re sitting on the couch eating potato chips and watching television. You aren’t thinking about what you’re doing. The television is keeping your brain occupied. If you turned off the television and really thought about what you were doing—about the calories in the chips, about how long you’ve just been sitting there doing nothing, about the fact that you’re not even hungry—you‘d probably stop eating. You might even get up and do something else. Or, you might not sit down in the first place.

Being mindful is as easy as thinking, and the good news is that, just like with everything else, the longer you practice, the easier it gets.

It’s best to practice mindfulness throughout the day—it’s not like meditation in that you need a specific time set aside to do only that. Try to be mindful while doing daily tasks. Single-tasking is seen a waste of time in this multi-tasking world, but it’s one of the most important ways to practice dispositional mindfulness.

Also, do tasks slowly and deliberately. Think things through and don’t just go on habit and muscle memory. Try sitting in silence, doing absolutely nothing for five minutes each day. Become aware of what you’re thinking about notice what’s going on around you.

Stop worrying about the future and focus on the present. Try to focus and enjoy what is happening as it’s happening. When you’re spending time with someone, stop thinking about what else you could be doing. Fully listen to the person you are with. Enjoy visiting.

And finally, eat slowly and savor your food. Rather than munching while driving or scrolling through Facebook, make eating an event unto itself. Savor each bite and think about the taste. In addition to eating less (and therefore weighing less over time) eating like this also aids in digestion.

Good luck to those of you who are going to give dispositional mindfulness a try. When it’s harder than you’d expected, keep this quote from Victor Frankl, famed neurologist, psychiatrist and Holocaust survivor, in mind, “Between stimulus and response there is a space. In that space is our power to choose our response. In our response lies our growth and our freedom.”