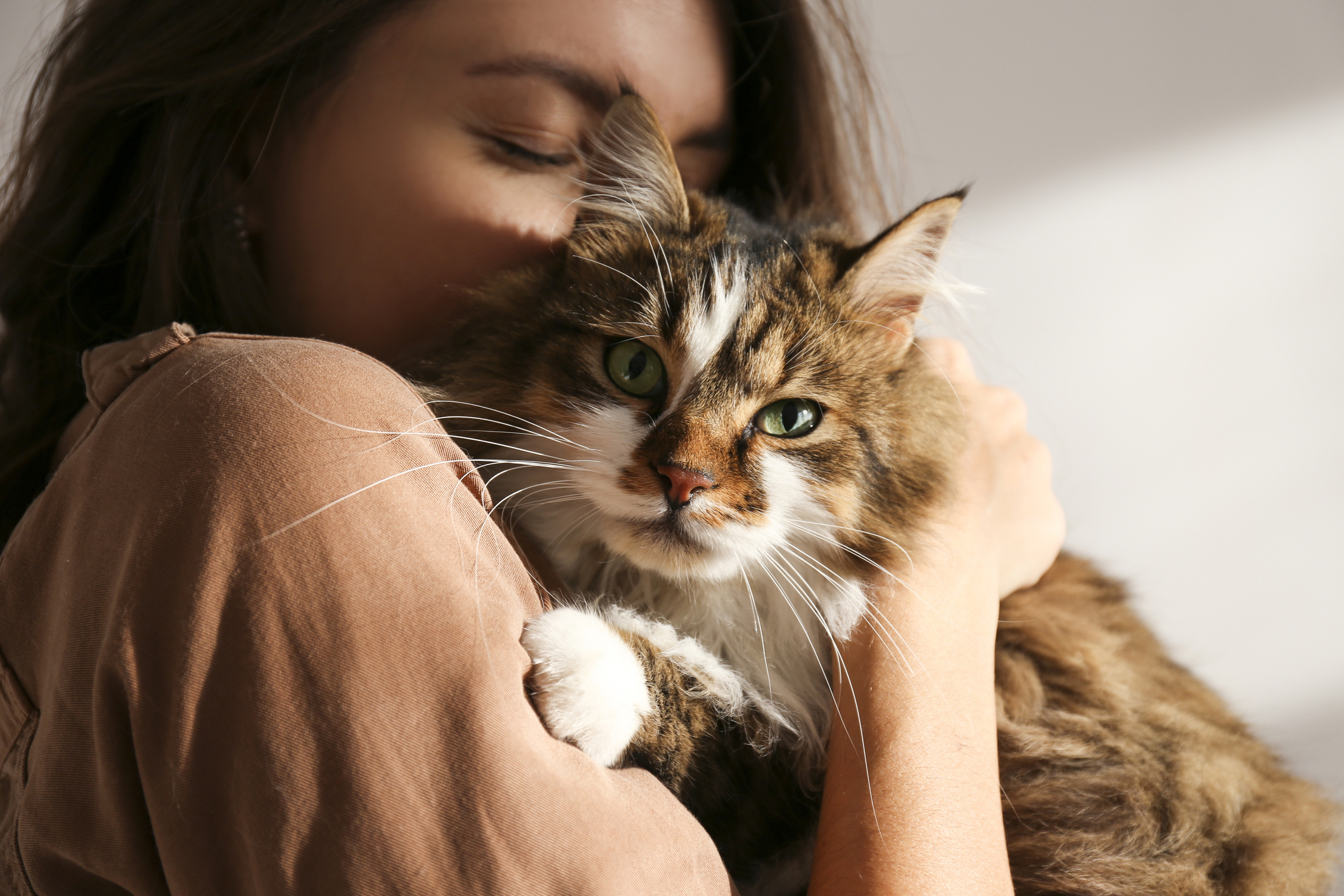 For a cat owner, there’s nothing better than a loud, rumbling purr coming from a warm body in your lap. To us, it says that our feline friends love us. And we love that their companionship offers up proven health benefits, as do other pets. But cats can also be notoriously aloof unless you know their language…

They’re certainly much less of an “open book” than dogs are and more difficult to communicate with.

But a team of psychologists and animal behavior scientists at the Universities of Sussex and Portsmouth has discovered that the best way to communicate with your cat is through the eyes.

Slow blinking is how to “talk” to your cat

“This study is the first to experimentally investigate the role of slow blinking in cat-human communication. And it is something you can try yourself with your own cat at home, or with cats you meet in the street,” says Professor Karen McComb of the University of Sussex in England.

If you are a cat owner, perhaps you’ve observed this slow blinking behavior when your cat is very calm. It involves a series of “half-blinks,” followed by a narrowing of the eyes.

Well, it’s not that they’re sleepy. It seems that cats are sending a positive signal when they do this. And, when you “slow blink” back, they interpret it as a friendly, positive message. Think of it as cat sign language.

In two experiments, Professor McComb and her team of psychologists and animal behaviorists examined slow blinking as a means of communicating with cats.

First, they looked at how cats responded when their owner initiated the slow blink behavior. Then, they investigated whether cats were more likely to approach an unknown human who slow-blinked at them.

These experiments showed that:

More reasons to be a cat owner

Of course, a cat’s purr is still something to cherish. And, in fact, it has some health benefits that most people don’t know about…

Apparently, a cat’s purr vibrates between 20 to 140 Hz, a range known to be therapeutic for many conditions. These include:

A cat’s purrs are known to lower blood pressure, and vibrations in this range also promote bone strength. Your cat’s purrs might even help you avoid osteoporosis!

The vibration of a warm, purring cat on your lap is a real stress-buster. And if you live alone, it’s always nice to be greeted by that sound in the morning, even if it is because they know breakfast is on the way.

Feline friendly? How to build rap-paw with your cat — Science Daily