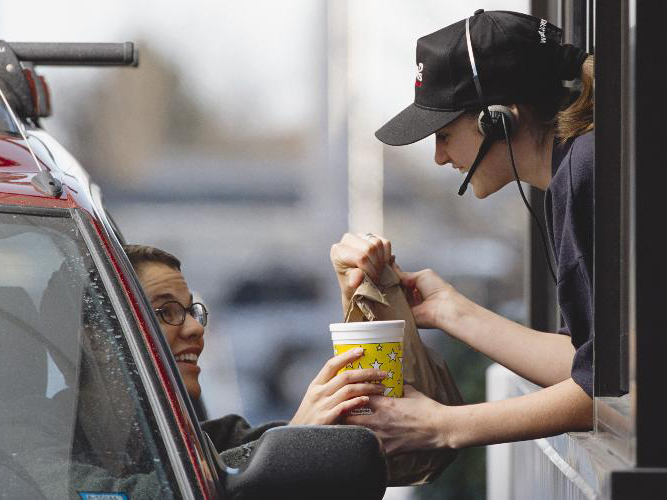 Before the proliferation of processed foods and fast foods in our diets, people weren’t shaped the way they are today. Just look at a group photo taken in the 1960s and you will see there are few “spare tires” in sight. But our fast food and processed food diets have changed things dramatically.

Is this the seed of the growing epidemic of chronic degenerative diseases, obesity, and issues like asthma, rhinoconjunctivitis and exzema?

A new study published in the journal Environmental Health Perspectives conducted over seven years and taking data from 9,000 people found that those who reported eating fast food in the last 24 hours had elevated levels of several industrial chemicals in their bodies. These chemicals, called phthalates, aren’t found in nature but are commonly found in cosmetics, soaps, food packaging, flooring, window blinds, other consumer products and… fast food.

Researchers believe the phthalates leach into the food through the processing machinery and from the vinyl gloves food preparers use throughout the process of getting the food to your table.

Phthalates are endocrine disrupters. And they are among some 20 different compounds now being called obesegens because they are associated with obesity in humans and animals, and with increased waist circumference and abdominal obesity.

Fast foods are loaded with chemical additives and preservatives. The meat — which is taken from animals medicated with synthetic growth hormones and antibiotics and grown in unhealthy and unnatural conditions — is often more meat by-products and fillers than real meat. The “beef” version of these meat by-products is often what the U.S. Department of Agriculture has come to term “pink slime,” which is beef trimmings and fat treated with ammonia.

A diet of processed and fast foods is highly acidic and creates a condition called acidosis. Acidosis in the body (except in the stomach, which should be highly acidic) is a cause of disease unrecognized by medical people. Symptoms of acidosis may take the form of chronic degenerative disease, which may include cancer, diabetes, arthritis, emphysema, arteriosclerosis or heart disease.

Encocrine-disrupting chemicals cost the European Union about €163 billion ($236 billion) annually, or about 1.28 percent of EU’s gross domestic product, according to Leo Trasande, associate professor of pediatrics, environmental medicine, and population health at the NYU School of Medicine.

Fast foods are a plague on the people’s health but a boon to the medical-industrial complex. They are also highly addictive.

For maximum health your diet should be free of fast foods and processed foods and sugar or chemical sugar substitutes. It should consist mostly of vegetables (organic is best) with a small amount of free-range meat.