Home » Why do men cheat? 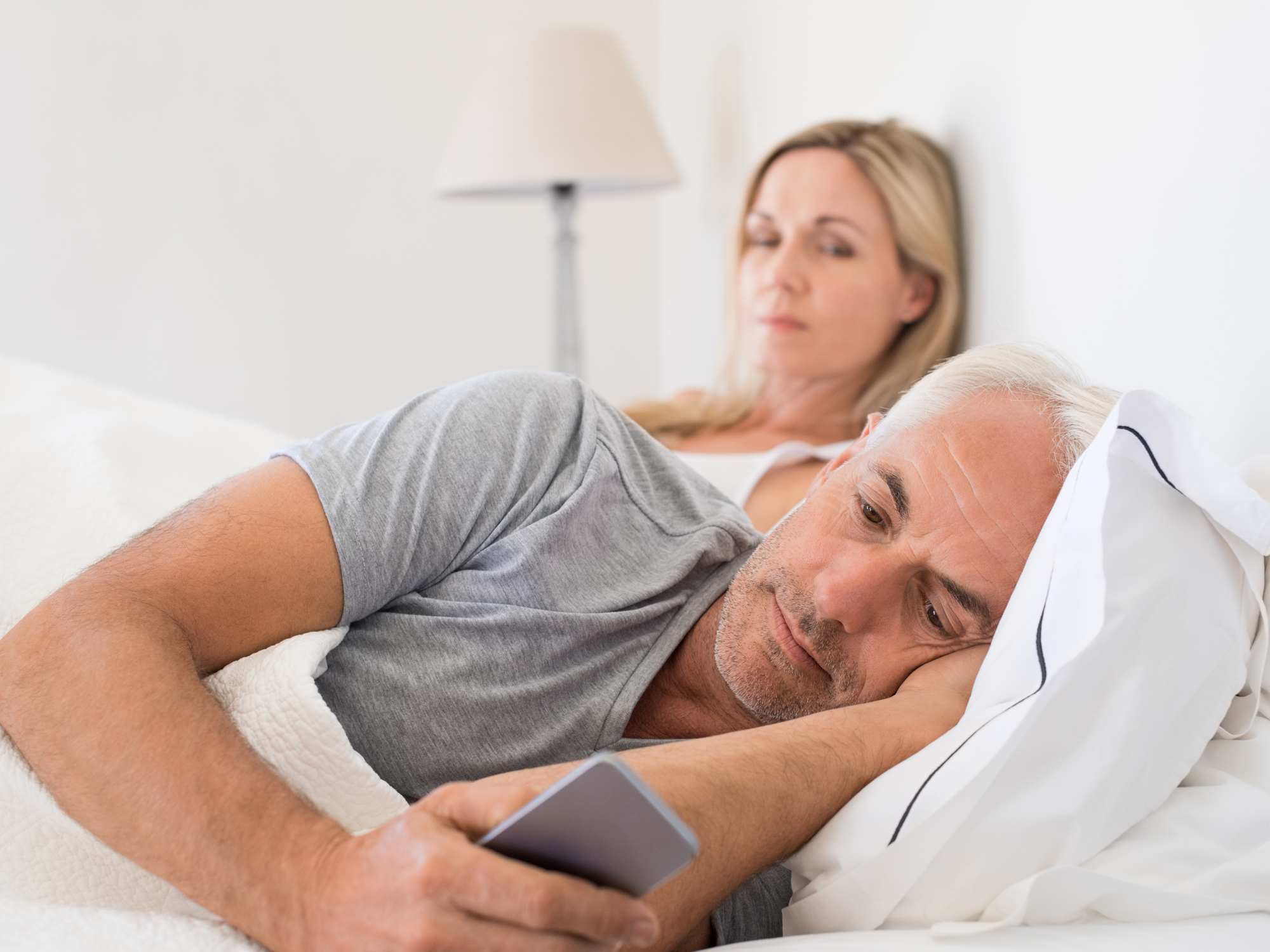 It’s just not OK. But some men do it…

Is it all about an insatiable sex drive… boredom… unrealistic expectations… or loss of that loving feeling?

Whatever the reason, it warrants some discussion. Infidelity often leads to divorce or damaged relationships — and boatloads of regret. That would be nice to change, right?

A momentary lapse of reason?

Most of you probably remember when the actor Hugh Grant was picked up by the Los Angeles police department (in 1995) for hiring a prostitute for a romp in his car. Since Hugh was dating one of the most beautiful actresses of the time (Elizabeth Hurley), the obvious question was, “What the heck were you thinking?”

The majority of men aren’t in the same social situation as a Hugh Grant, but the question still holds…

Why do men who are in committed relationships, whether they are married or supposedly dating exclusively, who may or may not have children with their partner, who have pledged themselves to be true and loyal, cheat? Why do men who have partners who are far better suited for them and who also may be more attractive than the women they cheat with, make the decision to stray?

One answer lies with a study of male rats (yes, the lab animals and not cheating males). Researchers have discovered that male rats will copulate enthusiastically with receptive female rats, but they lose interest over time. However, when a new female rat is introduced to the males, they become sexually charged all over again. As long as researchers keep introducing a new female to the males, the latter keep the cycle going: enthusiastic sexual activity followed by loss of interest, followed by revived interest with the introduction of a new female.

Humans have a somewhat similar pattern. During the first two years of relationships, frequency of sexual activity (3 or more times per week) has been reported to be:

After ten years, the respective percentages decline to 11 percent, 18 percent, and 1 percent.

One reason for men’s waning sexual interest can be associated with the decline in testosterone levels, and human growth hormones, which begin their downward journey around age 30. Some men claim they feel energized and “manly” when they hook up with a new, younger woman (or perhaps just a new, similar age one). Cheating is exciting, alluring, and offers men another chance at being young… or so they think.

Keeping in mind that statistics on cheating may be inaccurate because many people are reluctant to admit it, the following may be true, according to Infidelity Statistics 2017 :

This begs the question, what exactly is cheating? In an NPR interview with Mona Chalabi, a data expert, on the subject of cheating and the website Ashley Madison, which helps spouses cheat, the question about what constitutes cheating was raised. Chalabi reported that 76 percent of women felt it was cheating to send flirty messages to someone, but only 59 percent of men agreed with this notion. Agreement between the sexes was much closer when the subject was one-night stands, with 93 percent of women and 91 percent of men agreeing this constituted cheating.

According to couples psychotherapist Esther Perel:

“Instead of thinking that the person who cheats is unhappy with their partner or with their relationship, it is sometimes important to think that they may be unhappy with themselves, or at least uncomfortable, restless, longing for something else. Longing to reconnect with lost parts of themselves. Longing to transcend a sense of deadness that they are feeling inside. Longing to experience a sense of autonomy over their life — that they are finally doing something that they want. And, paradoxically, while they are lying to their partner, sometimes they find themselves in this strange situation where maybe for the first time they are not lying to themselves.”

So, if you’re thinking of cheating on your partner, or you are doing so already, or even if you have never entertained the idea of cheating, the words of Ms. Perel are worth contemplating. For men who are over 40, the urge to cheat has become a cliché, but that doesn’t mean it should be acted upon. What should you do with these urges?

The grass may be greener for a while, and the sex and novelty will, no doubt, be exciting, but the cost of infidelity will always catch up to you in the end. And if you believe the studies, 69% of divorced men wished if they had the time over again they would have worked harder to keep their marriages alive and in tact. And about the same number regret having an affair in the first place.

Also, don’t think that the novelty and excitement will continue. The normalcy of life always returns and more often than not you end up back where you started – but most likely alone, and a lot poorer.

You can read more information about healthy living and peak performance as you age in my book: “Your New Prime: 30 Days to Better Sex, Eternal Strength, and a Kick Ass Life After 40”.