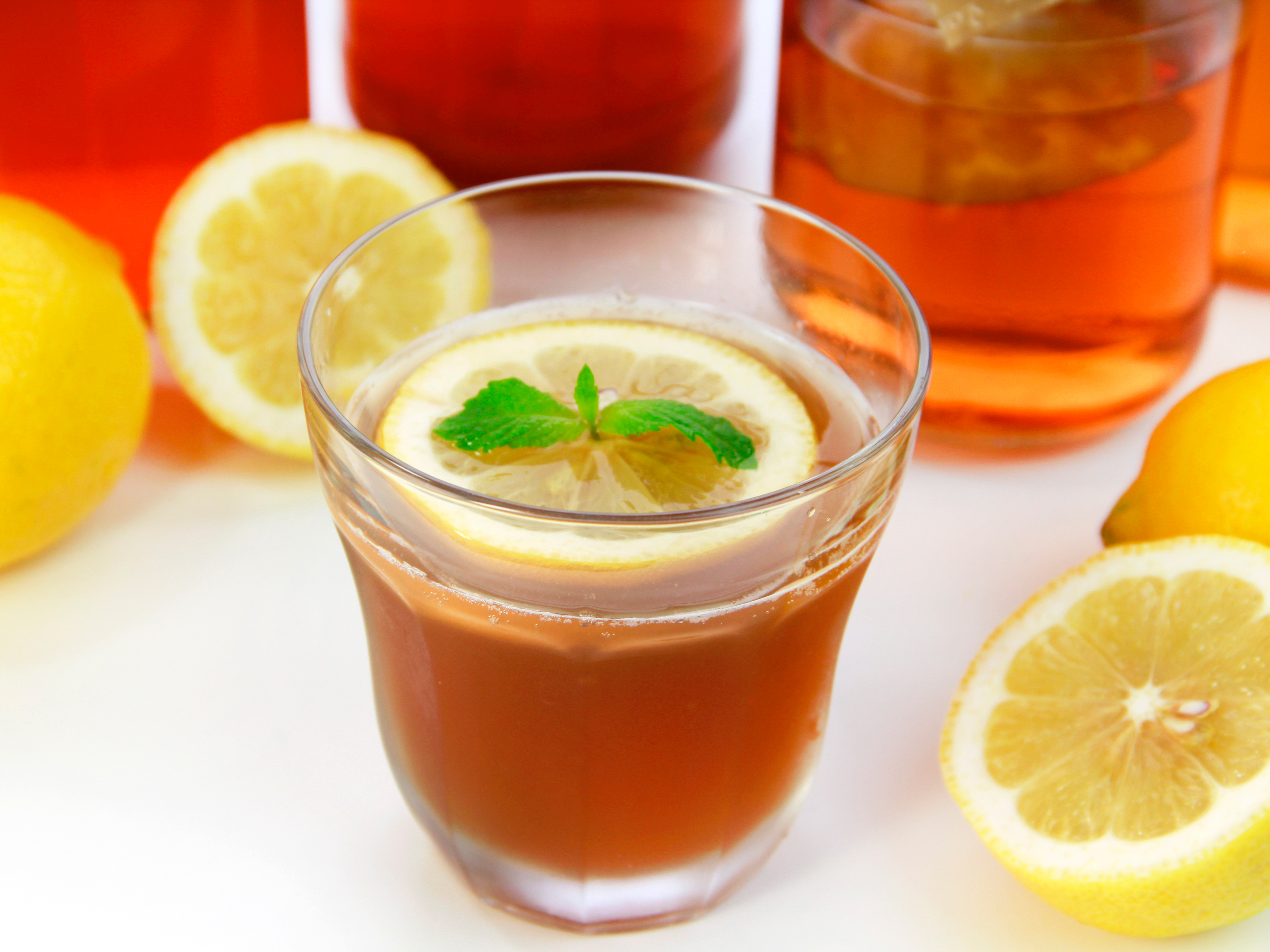 Kombucha, also known as the elixir of life, is not your typical cup of tea. This mildly fermented beverage has been around for centuries and is often touted as a near-miraculous cure-all. One thing is for sure: kombucha, or mushroom tea, is an acquired taste. Whether you are an avid consumer or haven’t ever tried it, here are 11 facts about kombucha you should know.

Despite the name “mushroom tea,” no mushrooms are involved in the creation of kombucha. The brew consists of tea (black, green, white, or even herbal can be used), sugar, water, and a symbiotic culture of bacteria and yeasts, or SCOBY. The sugar interacts with the bacteria and yeasts to form the SCOBY, which resembles a mushroom cap. Other substances in kombucha include B vitamins, antioxidants, acids (acetic, gluconic, and lactic), and some alcohol, which is the result of the fermentation process.

How much alcohol is in kombucha?

The alcohol content in kombucha typically hovers around 0.5 percent, which is the limit set by the Food and Drug Administration that separates alcoholic from nonalcoholic beverages. Any commercial kombucha with an alcohol content higher than 0.5 percent must be sold as an alcoholic beverage (and sellers also must pay the alcohol tax). Unpasteurized kombucha can continue to ferment if it contains live yeast, even while sitting on the store shelves, bringing the alcohol content higher. Home brewers also can end up with greater levels of alcohol in their kombucha than found in commercial brands.

Is it safe for recovering alcoholics to drink kombucha tea?

In a recent (May 2015) article in Food Navigator, KeVita CEO Bill Moses stated that some kombucha makers “don’t know or don’t want to know” how much alcohol is in their products. This is not good news for those who want or need to avoid alcohol. There is an effort to have products independently tested off the shelves and give those that pass a “Verified Non-Alcoholic” logo. For now, anyone who wants to stay away from any alcohol should skip the kombucha.

How is kombucha made?

The tea of choice is steeped in purified water and sugar. Both organic tea and organic sugar are recommended. A culture of bacteria and fungus (SCOBY) is added and the mixture is allowed to ferment for about two weeks. A shorter fermentation time results in a sweeter tea.

Is it easy to make your own kombucha?

The answer to this question is yes, but you must follow the instructions carefully. It’s important to use the proper ingredients: organic tea and sugar preferred, a clean SCOBY from a reliable source (no mold or other contaminants), and/or kombucha starter from a previous, clean batch or store-bought, raw kombucha. The fermentation jar should be made of unleaded glass, and none of the utensils used should be metal.

Although kombucha is relatively acidic, it is still possible for mold to grow on your batch. If your SCOBY or the brew show any signs of black, green, or blue mold, discard it and start over again. Be sure to sterilize the jar and utensils.

The taste of kombucha has been described as sweetly acidic, tart, earthy, edgy, and vinegary. Some have said it’s like soda gone bad. To help dispel the negatives, kombucha can be made with or you can add a small amount of your favorite fruit juice or a touch of honey or agave syrup. Commercial brands are available in a wide range of flavors.

Is kombucha a good source of probiotics?

The health benefits of probiotics are one major reason why people turn to kombucha. Probiotics have been associated with boosting the immune system as well as relieving symptoms of diarrhea, constipation, gastritis, anxiety, diabetes, and ulcers, among other advantages. To enjoy the probiotic benefits of kombucha, the product should not be pasteurized, since this process can kill the beneficial bacteria.

If you want to enhance your probiotic experience, or you choose pasteurized kombucha, you might add a high-quality probiotic supplement. PR Labs offers a men’s probiotic that provides maximum support for the immune system, gastrointestinal tract, and overall health.

This is a loaded question. Both versions are available commercially, and home-brewed batches are typically consumed raw or unpasteurized. The issue with pasteurized kombucha, as already mentioned, is that the probiotic benefit is eliminated. However, pasteurization helps ensure the product is not contaminated with mold and potential pathogens. Unpasteurized kombucha may pose a health threat to anyone who has a compromised immune system.

Home-brewed kombucha typically is not pasteurized, and unless you are careful, it is possible for the tea to be contaminated with heaty metals (if ceramic or metal are used) or if mold develops during fermentation. However, if sanitary and safety guidelines are followed, unpasteurized kombucha can be an excellent source of probiotics and antioxidants.

Can kombucha help the liver?

So far, research regarding the effect of kombucha on liver function has been done in animals. A new (April 2015) report noted that kombucha tea given to rats with induced hypercholesterolemia (high cholesterol) resulted in “attractive curative effects,” especially regarding liver and kidney functions. A 2014 study in the Journal of the Science of Food and Agriculture identified a microorganism in kombucha tea that contributes to protecting the liver. Investigators in a previous animal study found that kombucha reduced levels of toxins associated with liver damage.

Does kombucha have a role in heart health?

Once again, studies have been limited to animal models. A July 2015 report shared the effects of kombucha versus normal black tea on blood glucose, total protein, lipid profile, heart weight, and cardiac markers in rats with induced myocardial damage. The rats who received the kombucha tea showed a greater preventive effect against heart attack when compared with the black tea. Kombucha was associated with a significant decline in cholesterol, triglycerides, bad cholesterol (low-density lipoprotein, LDL), heart weight, and blood glucose, and an increase in good cholesterol (high-density lipoprotein, HDL).

So far, a few animal study results have suggested kombucha tea could benefit individuals with diabetes. One study compared the impact of kombucha tea and unfermented black tea on oxidative stress in diabetic rats. Oxidative stress is associated with diabetic complications. Investigators found that kombucha tea showed “significant antidiabetic potential” and that it had a positive effect on the pancreas when compared with regular black tea. The authors concluded that the superior results seen with kombucha “might be due to the formation of some antioxidant molecules during fermentation period.”

Kombucha tea may be a healthful addition to your lifestyle, especially if you are looking for a new food source of probiotics. If you’re up for it, you might try brewing your own!