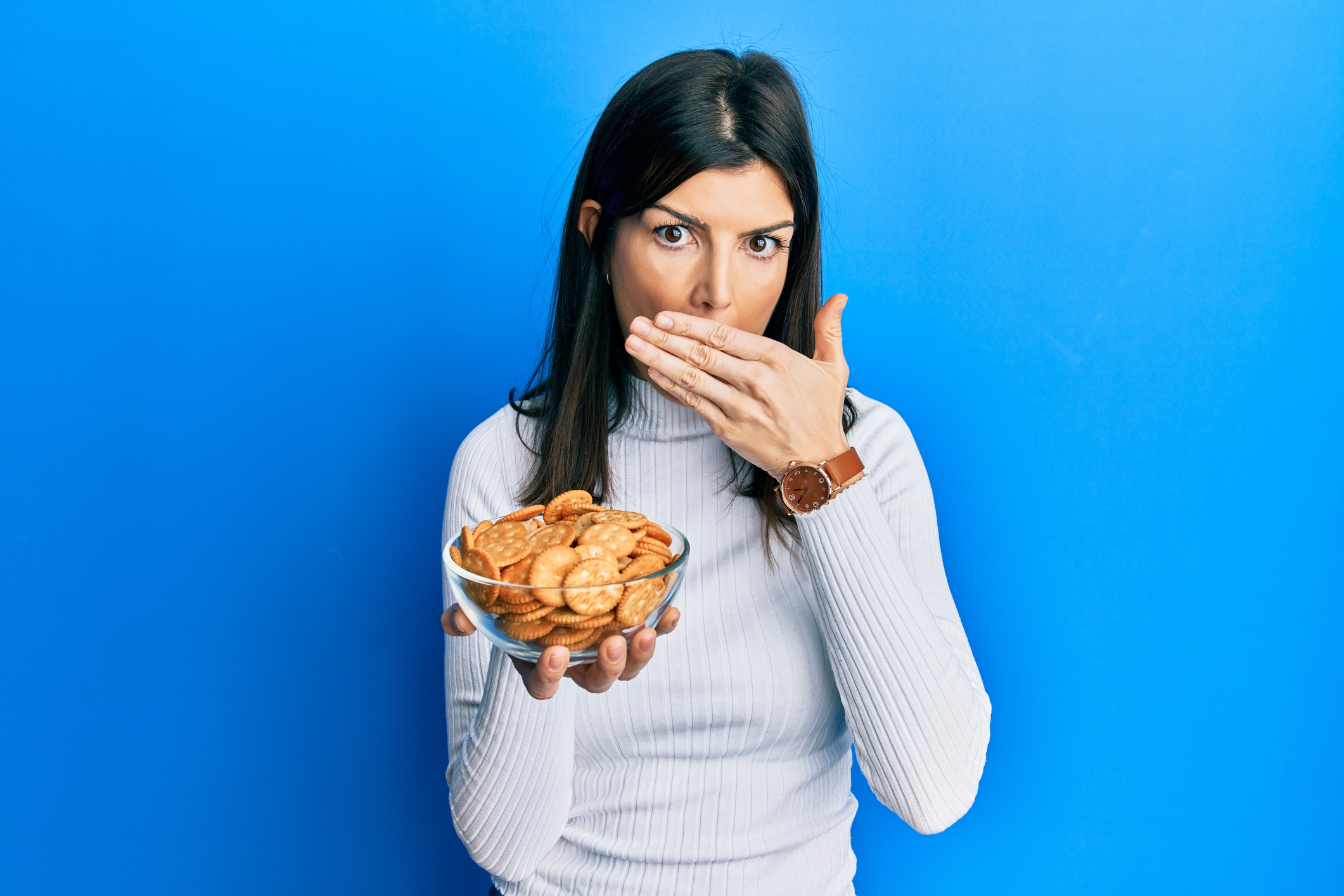 Excess sodium in your bloodstream pulls water into your blood vessels. Like turning up the water supply to your garden hose, this increases the pressure on the blood vessels. Over time, they stretch and become scarred, which forces your heart to work too hard.

The U.S. Department of Agriculture’s Dietary Guidelines for Americans state that most adults should limit their sodium intake to less than 23mg per day, or about one teaspoon.

If you’re like most Americans, you’re likely consuming a lot more sodium than that. But hiding the salt shaker isn’t going to be enough to help you cut back.

That’s because sodium is hiding in places you’d never expect.

1. Restaurant food. Research suggests that most of the sodium in our diets  comes from restaurant and packaged foods. When dining out, go for the “low sodium” menu options.

2. Frozen meals. They may be convenient, but they’re loaded with sodium. It’s best to avoid them or to look for options with 600mg of sodium or less.

3. Salty snacks. A one-ounce serving of plain potato chips has anywhere from 50 to 200mg of sodium. As an alternative, try unsalted nuts, seeds or pretzels, or fresh carrot or celery sticks for that satisfying crunch.

4. Pickled foods and their juices. Limit the amount of foods like sauerkraut, kimchi, and pickles you eat, especially if you’re already suffering with hypertension. Three ounces of pickle juice packs about 900mg of sodium.

Try marinades made from vinegar, pineapple juice, or citrus fruits like lemons, limes, and oranges. They add a tart flavor with less sodium.

5. Bread. Yes, bread! It may not taste salty, but one slice of white bread has between 80 and 230mg of sodium! Use whole grain bread to cut back on sodium, or try eating your sandwiches “open-faced” and using just one slice of bread.

6. Soup. This one is simple: make your own. Even “low sodium” versions of your favorite canned soups can carry as much as 700mg per serving and well over 1000mg for those that are not low-sodium. (See below for some simple soup recipes to try).

7. Tomato juice and sauces. Three-quarters of a cup of canned tomato juice packs 660mg of sodium. Look for low-sodium versions.

9. Pizza. Frozen or fresh, this treat is high in sodium. A four-ounce slice can have up to 700mg if frozen, and even more, if it’s from a pizza joint. To cut back and still enjoy your pizza, trade your stuffed crust for thin crust, and go for veggies rather than sausage and meat.

10. Cheese. Swiss cheese, goat cheese and fresh mozzarella are lower-sodium choices. Processed and hard cheeses like American cheese are high in sodium. And cottage cheese is a culprit, too. A half-cup has about 450mg of sodium.

11. Condiments. Ketchup, soy sauce, and salad dressings are all high in sodium. Shop for low-sodium substitutes, or try lemon juice and vinegar for added flavor.

More tips for cutting back on sodium

Read Nutrition Facts labels when you shop. Compare and choose foods to get less than 2300mg of sodium each day.

Prepare your own food. Limit your use of packaged sauces, mixes and “instant” products like flavored rice, instant noodles and ready-made pasta.

Watch your veggies. Only buy fresh, frozen (no sauce or seasoning), or low sodium or no-salt-added canned vegetables.

Rinse the salt off your food. Rinse canned foods like beans, tuna, and vegetables before eating to remove some of the sodium.

As promised in #6 above, here are a few healthy, low- or no-sodium soup recipes to keep you warm this fall and winter.

The soup that lowers blood pressure (gazpacho can be eaten hot, too!)