Home » How Alzheimer’s may start in the liver 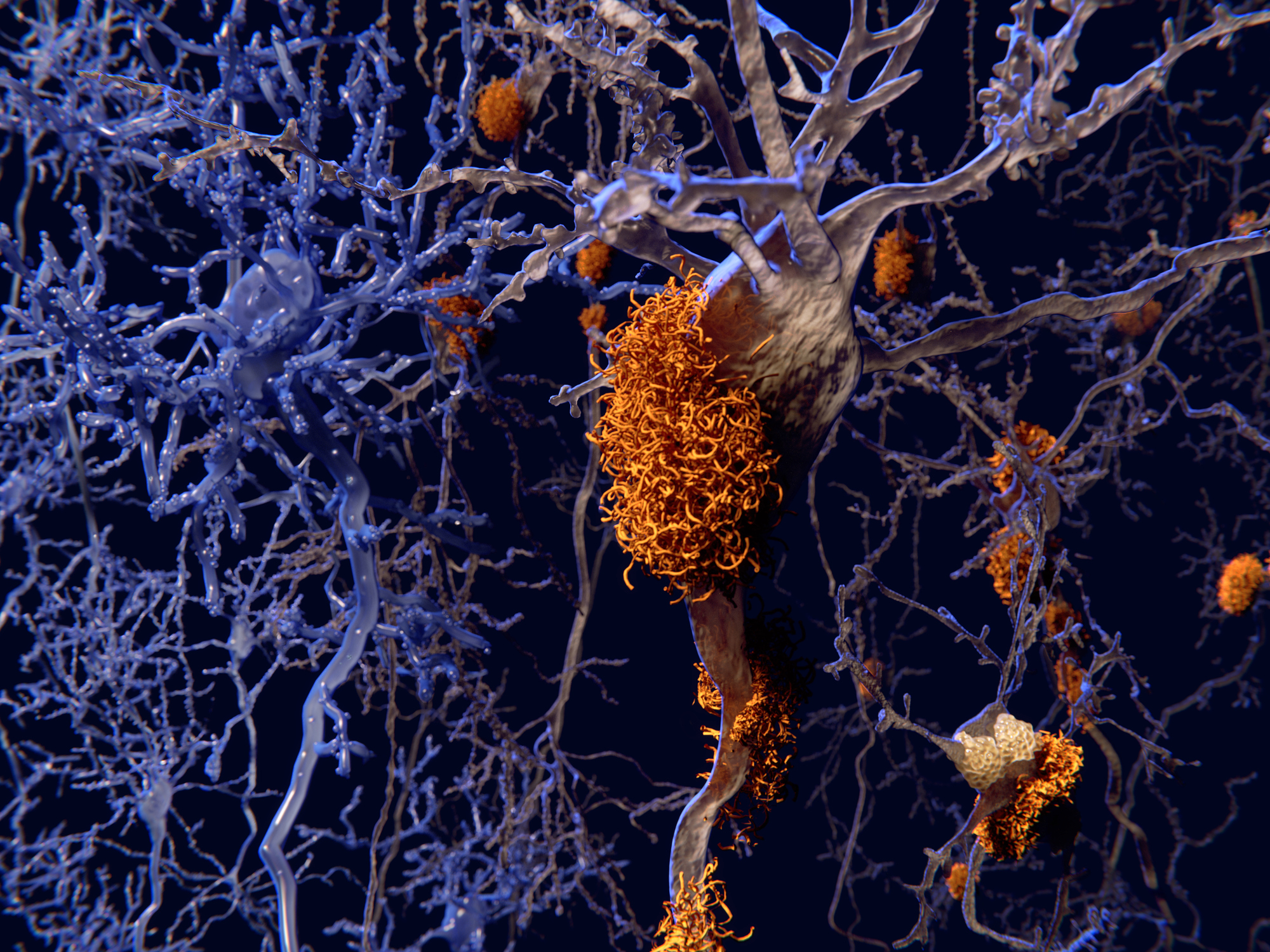 We’ve learned a lot about Alzheimer’s disease in recent years.

For instance, we now know that Alzheimer’s is characterized by two abnormal protein structures in the brain: plaques and tau tangles.

Beta-amyloid plaques build up in the spaces between nerve cells, and tau tangles build up inside the cells. Together they damage and kill nerve cells and may interfere with communications between the cells, disrupting vital processes related to memory before spreading to other parts of the brain.

But where do they come from in the first place?

Both beta-amyloid and tau are proteins that naturally occur in the body, and tau in particular is essential to the healthy function of nerve cells.

Beta-amyloid, by contrast, is less benign. And since it can occur pretty much anywhere in the body, researchers have had a tough time pinning down exactly where the type of beta-amyloid likely to cause Alzheimer’s originates. However, results of a recent study suggest they’re getting closer to finding the exact source…

It’s all in the liver lipoproteins

According to lead investigator John Mamo, director of Curtin Health Innovation Research Institute (CHIRI) and professor at Curtin University, “While we previously knew that the hallmark feature of people living with Alzheimer’s disease was the progressive accumulation of toxic protein deposits within the brain called beta-amyloid, researchers did not know where the amyloid originated from, or why it deposited in the brain.”

Previous research by Mamo and his colleagues determined these beta-amyloid deposits most likely are leaked into the brain by lipoproteins, particles in the blood that carry fat.

One of the chief roles of the liver is to process fat. In fat metabolism, the liver cells break down fats and produce energy. Your liver also makes lipoproteins that carry cholesterol and other lipids through the bloodstream.

“This ‘blood-to-brain pathway’ is significant because if we can manage the levels in blood of lipoprotein-amyloid and prevent their leakage into the brain, this opens up potential new treatments to prevent Alzheimer’s disease and slow memory loss,” Mamo says.

In the most recent study, the Curtin University researchers further examined this pathway through mouse models genetically engineered to make human beta-amyloid only in the liver.

They saw toxic proteins being transported in fat-carrying particles in the bloodstream were capable of leaking into the brain — and was a probable cause of Alzheimer’s disease.

“As we predicted, the study found that mouse models producing lipoprotein-amyloid in the liver suffered inflammation in the brain, accelerated brain cell death and memory loss,” Mamo says.

Keeping those lipoproteins under control

So, is there a way to stop the liver from producing lipoproteins? Not really. And you wouldn’t want to halt lipoprotein production completely anyway.

The liver has to produce some lipoproteins to make cholesterol and phospholipids available to the rest of the body, where they make up cellular membranes and maintain cellular health. And the body also uses cholesterol to make vitamin D and certain hormones.

But too much fat in the liver can result in liver problems and hinder the organ’s ability to metabolize fat and filter harmful substances from our blood.

According to Professor Mamo, “While further studies are now needed, this finding shows the abundance of these toxic protein deposits in the blood could potentially be addressed through a person’s diet and some drugs that could specifically target lipoprotein amyloid, therefore reducing their risk or slowing the progression of Alzheimer’s disease.”

Following a diet that cuts down on cholesterol levels could also help ensure your liver isn’t overproducing lipoproteins. Getting enough exercise and eating a diet rich in whole grains, fruits and vegetables are good places to begin.

Refrain from alcohol and cut down on fatty foods and added sugars that double your liver’s fat production.

Make sure to replace as many saturated fats as you can with monounsaturated fats like olive oil, avocados, canola oil and tree nuts like almonds, walnuts and pecans. Also, your diet should include polyunsaturated fats, especially omega-3 fatty acids, which can be found in fatty fish like tuna and salmon.

Also, try to cut down on the daily toxins your body is exposed to, so your liver isn’t so overwhelmed by detox duties that it isn’t able to stay on top of fat metabolism.

What Are the Primary Functions of Phospholipids? — Sciencing