Home » The nut that lowers cholesterol better than exercise 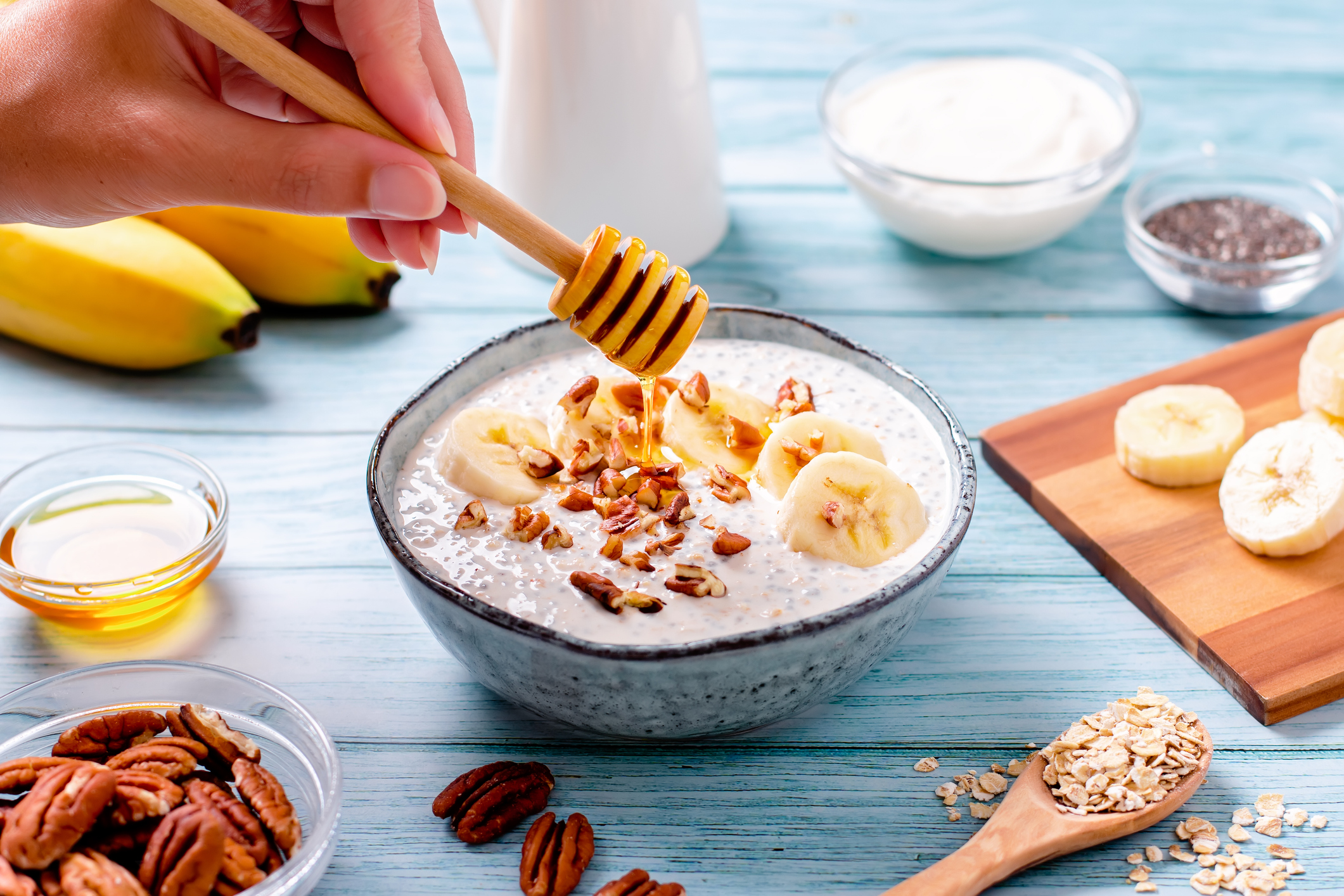 Nuts are givers of great health…

Almonds have been called the world’s most nutritious nut. Walnuts have been known to crackdown on chronic disease. And pistachios have been hailed as natural weight loss helpers.

And, as we’ve noted before, pecans are a health powerhouse.

The fiber in pecans contributes to good digestion and a healthy weight, and it can improve blood sugar levels by slowing the body’s absorption of sugar. Plus, pecans contain vitamin A, which protects the skin from premature aging, and zinc and vitamin E, which help keep skin clear.

To top it off, pecans are packed with monounsaturated fats, which help reduce the risk of heart disease and type 2 diabetes. An earlier study found that eating pecans lowered levels of both total cholesterol and LDL (the “bad” type of cholesterol) 10 percent more than a diet specifically designed to reduce cholesterol.’’

Need we say more? Why not…

Research has also confirmed that pecan consumption may be more effective for lowering cholesterol than other lifestyle changes….

Pecans better than exercise for cholesterol

In a University of Georgia study, participants at risk for cardiovascular disease showed dramatic improvements in their LDL numbers when pecans were included in their diet. In fact, the reductions were far higher than those achieved by exercise intervention.

For the study, researchers assigned adults between the ages of 30 and 75 who were at higher risk for cardiovascular disease to one of three groups. The first added 470 calories, or roughly half a cup, of pecans a day to their regular diet. In the second group, 470 calories of pecans were substituted for 470 calories in other foods from their regular daily diet. The third group did not consume pecans.

After eight weeks, the participants consumed a high-fat meal to measure changes in blood lipids and blood sugar levels.

There was a similar improvement in fasted blood lipids among the two pecan groups, while post-meal triglycerides were lower in the group that added pecans to their otherwise unchanged diet. Post-meal blood glucose was reduced in the group that substituted pecans in place of something else in their normal diet.

“This dietary intervention, when put in the context of different intervention studies, was extremely successful,” says Jamie Cooper, a University of Georgia professor and one of the study’s authors. “We had some people who actually went from having high cholesterol at the start of the study to no longer being in that category after the intervention.”

According to Cooper, not only did pecans produce a greater and more consistent reduction in cholesterol compared to other lifestyle modifications, it may be a more sustainable approach for long-term health.

“Whether people added them or substituted other foods in the diet for them, we still saw improvements and pretty similar responses in total cholesterol and LDL cholesterol in particular,” she says. “Some research shows that even a 1 percent reduction in LDL is associated with a small reduction of coronary artery disease risk, so these reductions are definitely clinically meaningful.”

Adding pecans to your diet

As is the case with many foods, eating whole pecans is the best way to gain their full health benefits. It’s best to avoid purchasing pecans from the snack aisle since they often contain added salt and fat. Instead, you can buy whole raw pecans in bulk from most supermarkets and either eat them that way or roast them yourself.

The easiest way to roast pecans is to spread the nuts in an even layer on a baking sheet lined with parchment paper and toast them in the oven at 350 degrees for about five minutes, or when they smell done. They can burn easily, so keep a close eye on them.

You can also enjoy pecans sprinkled over breakfast foods like pancakes, waffles, yogurt or hot or cold cereal. They also make a crunchy, tasty addition to salads or vegetable dishes, or you can use them to coat chicken or fish before baking. You can also add them to homemade baked goods like brownies, pies, cookies or muffins, though you should probably keep these sweet treats to an occasional indulgence.

Pecan-Enriched Diets Alter Cholesterol Profiles and Triglycerides in Adults at Risk for Cardiovascular Disease in a Randomized, Controlled Trial — The Journal of Nutrition