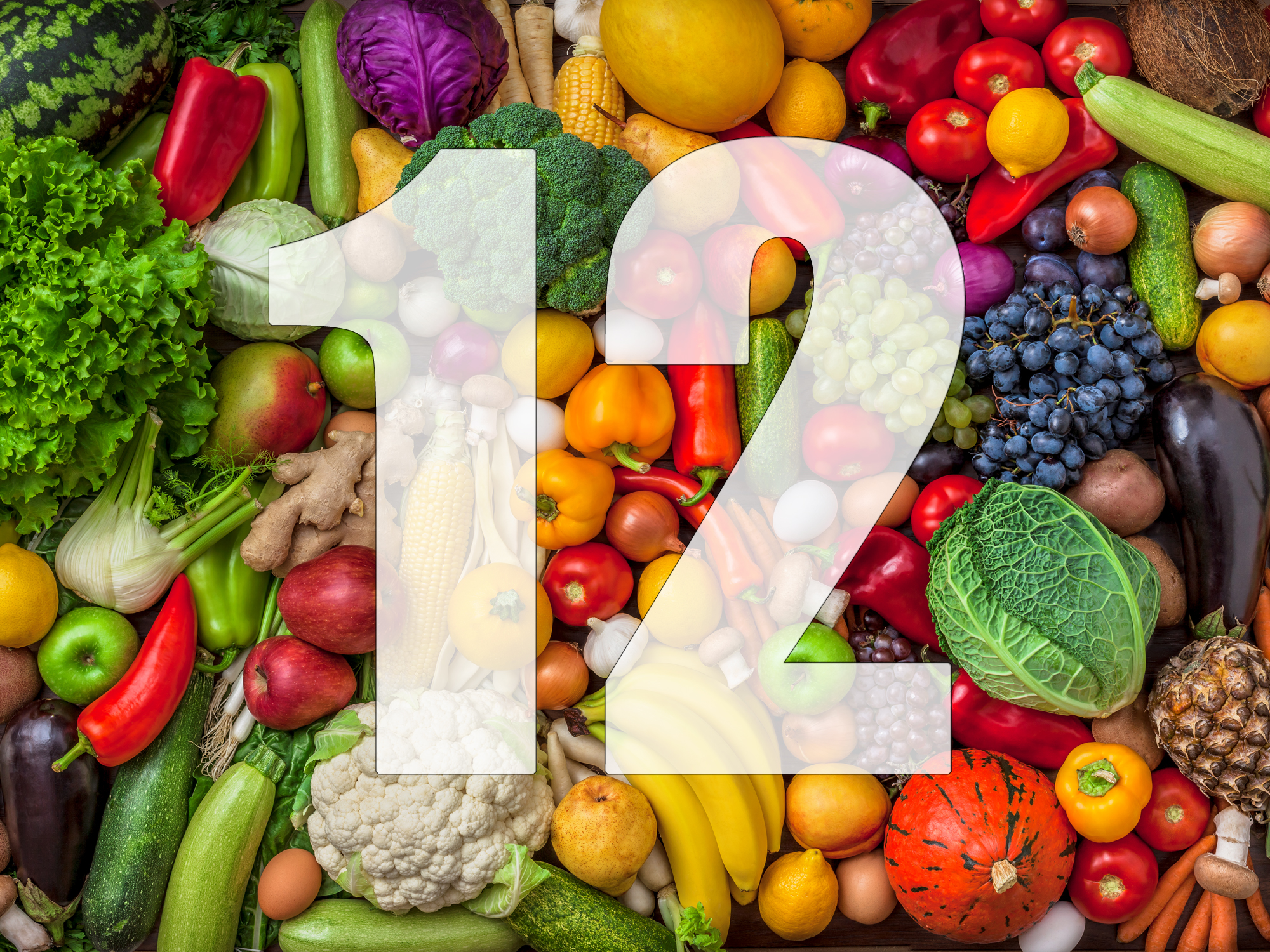 Eating organic is great for your health… but not for your bank account. Research shows that most organic food costs about 20 percent more than its conventional counterpart. And after a particularly hefty bill at Whole Foods, you may find yourself wondering…

Do I really need to buy everything organic?

Well, the truth is, you probably don’t. You can protect yourself from pesticides and keep a few bills in the bank by buying a mix of conventional and organic foods… if you know what to buy. Some foods contain more pesticides than others, so you need to be strategic when deciding what items in your shopping cart have that USDA organic sticker.

Luckily, every year, an environmental health advocacy nonprofit called the Environmental Working Group (EWG) publishes the “Shopper’s Guide to Pesticides in Produce.” This guide includes the “Dirty Dozen” — 12 foods you should always buy organic. The guide also includes the “Clean 15” — 15 foods that you can probably afford to buy conventional without putting your health in harm’s way.

So, grab your notepad (or cellphone) and take notes. You’ll want this information handy next time you take a trip down the produce aisle…

If you vigorously scrub and peel your conventional produce, you may think that you’re safe from pesticide residues. Think again.

A single sample of strawberries, for example, contained 20 different pesticides. That’s probably why strawberries have been number one on the “Dirty Dozen” for the past three years. Spinach samples were bad too. They had roughly 1.8 times more pesticide residue by weight than any other produce.

All in all, 98 percent of strawberries, spinach, peaches, nectarines, cherries and apple tested still contained residue from at least one pesticide. So, these and a few others should be on your list of foods to always buy organic. Here’s the full “Dirty Dozen” from worst to best:

FYI… the EWG also found that hot peppers are contaminated with insecticides that are dangerous to your nervous system. So, if you want to make the dirty dozen a baker’s dozen, add that to your list too.

If the “Dirty Dozen” has you concerned about the amount of pesticides on your produce, the “Clean 15” should make you feel a little better. These foods (once they’re peeled and washed) had only a few different pesticides on them and had low concentrations of pesticide residue.

That means, if you’re looking to lower your grocery bill, these are the foods that are probably okay to buy conventional.

Avocados and sweet corn topped the list, because only one percent of samples contained detectable pesticides. And more than 80 percent of pineapples, papayas, asparagus, onions and cabbages were pesticide-free. Here’s the full list of clean foods that could help you save a buck:

Should you go all organic anyway?

If you’re super worried about the potential side effects of pesticide exposure (like fertility and nervous system issues), then continue filling your shopping cart with all organic food.

Research shows that people who eat organic produce have much less pesticides in their urine, even though they eat more produce overall. There are far worse ways you can spend your money than on foods that protect your health.

But if you want to eat healthy on a limited budget, these lists should help you reach that goal. There’s one additional point to remember, however, if you’re a parent or grandparent…

Kids are far more susceptible to the toxic effects of pesticide residues than adults. Research has tied pesticide exposure to pediatric cancers, decreased cognitive function and behavioral problems, among other things. So, keep those kiddos safe by feeding them more organic food than not.