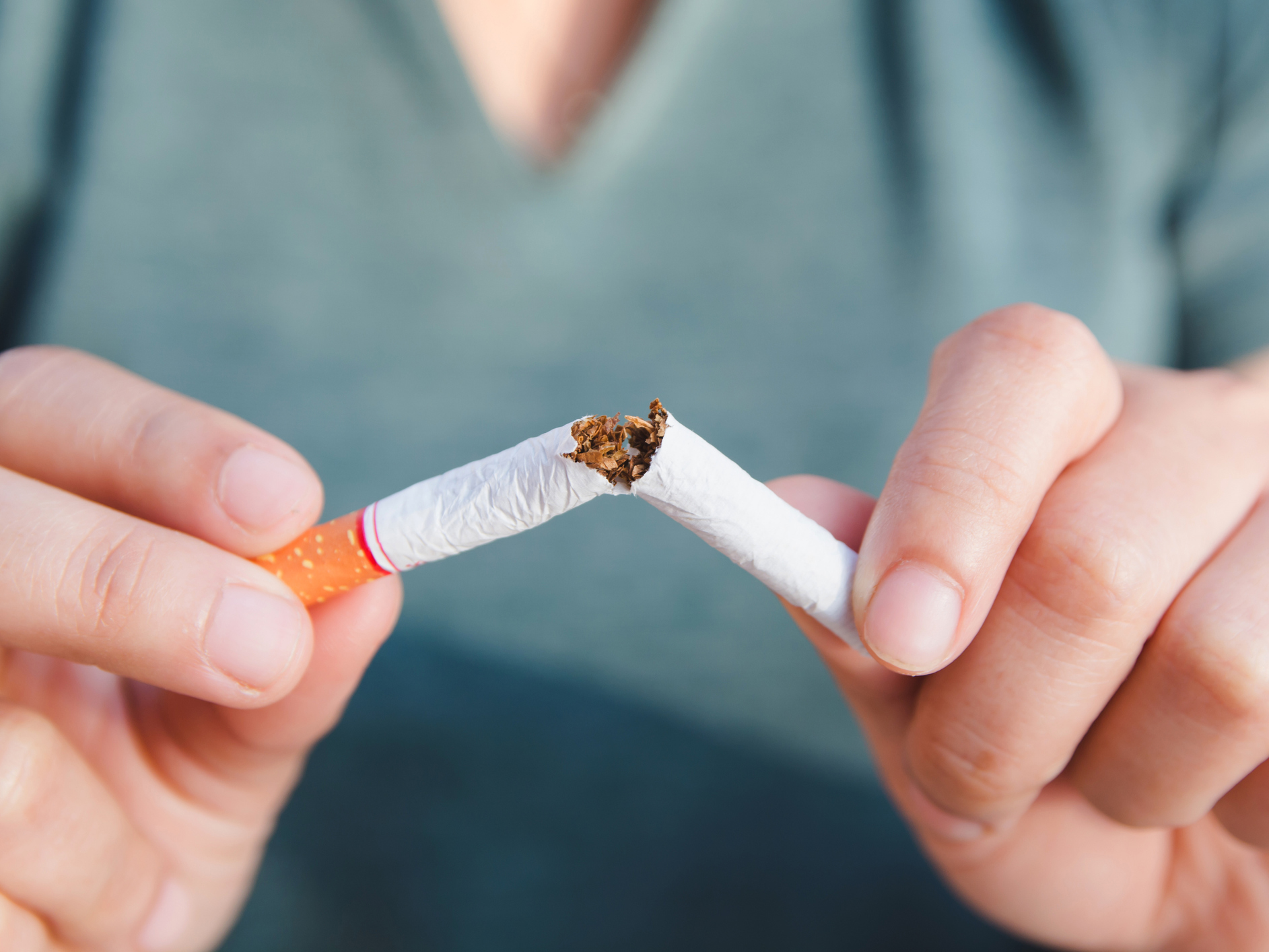 According to the Centers for Disease Control (CDC), cigarette smoking kills more than 480,000 Americans each year, with more than 41,000 of these deaths coming from exposure to secondhand smoke. An estimated 15 percent (36.5 million) of U.S. adults are current cigarette smokers.

Every cigarette robs the smoker of 7 to 11 minutes of their life. That’s more than 3 hours for every pack. And time is a precious commodity that none of us can ever get back.

So, if you know someone who smokes, please share this article with them.

Most people have heard of nicotine gum and patches, and prescription drugs like Chantix and Zyban. This article is not about those methods. Not because they don’t work, but because non-medicinal options can also be very effective. And it’s good to be as fully armed with as many tools as possible to be able to tackle tobacco addiction.

This isn’t about vaping either. Right now there is too much uncertainty about whether vaping truly is a safe — or very dangerous — way to quit smoking. Are people who vape trading one dangerous habit for yet another?

My personal connection to this topic is that both of my parents used to be heavy smokers. Just like their friends and neighbors. It’s simply what people did in the ’70s.

Most of the “quit smoking” aids weren’t available to them then. But they did it. I’d like to share how…

One day, my Dad just up and quit. Cold turkey. Done. Never picked up another cigarette. Ever.

Instead, my Mom found success through dissociation…

What she realized along the way was that much of her smoking was not about craving nicotine. Rather, her smoking was simply a ritualized component of another behavior. Pick up a cup of coffee — light up. Get on the phone — light up. Get in the car — light up. And once that became obvious to her, she began to break those associations — gradually. Without ever really obsessing over how much she was smoking.

The first thing she tackled was talking on the phone. If the phone rang and she found herself reaching for both the pack of cigarettes and the receiver, she forced herself to make a choice: Talk on the phone or smoke? The two behaviors never occurred together again.

Eventually, she would add another association to tackle, and then another, and so on.

At some point, she got to the smoking in the car association – and this I remember vividly. We’d be driving along when, all of a sudden, she would pull over to the side of the road, get out and have a cigarette. Over time, these types of detours became less and less frequent and eventually, she eliminated so many associations, her occasions to smoke became almost nonexistent. At that point, it was easy to quit.  And in 40 years, she’s never smoked again.

3. Gradually give up the habit

For smokers for whom the nicotine itself is the bigger driver, a gradual decrease in the number of cigarettes smoked per day can be the answer. So instead of smoking your usual pack, start the day by crumbling the first cigarette so that you only have 19 left. Once you’ve adjusted to 19 per day, crumble two out of every pack and leave yourself only 18. By the time you’re down to smoking 3 or 4 cigarettes per day while starting your morning crumbling 16 cigarettes, chances are high you’ll be close to being weaned off the nicotine altogether.

Now I know it sounds wasteful to purposefully destroy something you just purchased. But it’s better than having what you just purchased destroy YOU. And, besides, you’re not spending any more money than you would if you smoked the whole pack. And you’ve not left yourself any back-ups to smoke extra “just this once”.

Whether you quit abruptly or gradually, every cigarette not smoked is a victory. And the health benefits of quitting happen quickly. For example, the risk of a heart attack drops significantly within 24 hours of smoking the last cigarette! Yes, it does take 15 years to fully nullify heart disease risk in general, but even 24 hours smoke-free is a big deal!

Making lifestyle changes can seem overwhelming. But giving up vices and making healthier diet choices are catalysts that turn your life around. Step One Foods can make that easier.