Home » 4 breakfast foods that will boost your brain power 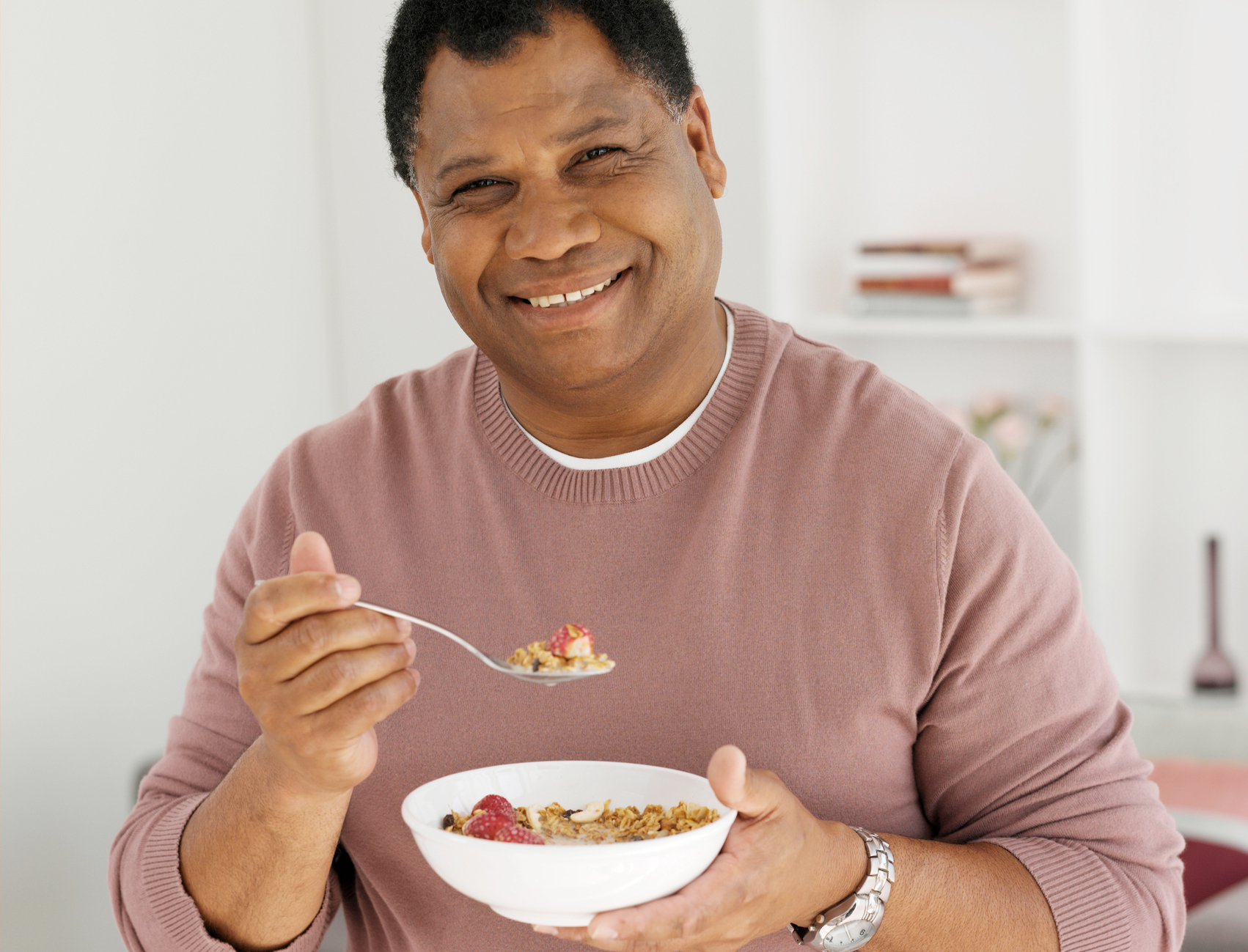 I don’t know about you, but for me, spring is the time of year that says, “lighten up!”

This winter, I’ve noticed that it’s gotten harder and harder for me to maintain my focus while working. I get up full of energy, but it soon seeps away, and all I want is a nap.

Time to change all that. Starting with a better breakfast.

I’ve known for a while that what I choose to eat in the morning can have a very real effect on my brain power and focus for the rest of the day. So, I’ve made it a point to find some of the best “brain foods” and combine them for a powerhouse breakfast.

Here, in no particular order, are my top four breakfast foods, how they can help you stay sharp, and how I’ve combined them into some easy breakfast recipes.

Honey. If you’re in your 50s or beyond and your memory isn’t quite what it used to be, it isn’t a cause for alarm. For postmenopausal women, in particular, this is quite common.

With lower estrogen levels, estrogen can no longer play its part in brain function as it did when you were younger. Short-term memory lapses like forgetting a name or where you put your keys often follow.

Some women opt for short-term hormone replacement therapy as a solution. But long-term, HRT might increase your chances of heart disease, stroke, and breast cancer.

Instead of hormones, try honey. It’s been found to improve memory just as well as HRT.

One study showed that apigenin, a flavonoid that is a main component of honey, increased learning and memory ability, as well as blood flow to the brain, in mice whose brains had amyloid-β, the plaque that causes Alzheimer’s disease.

Oats. Unlike many breakfast cereals, especially the ones full of added sugars and carbs, oats are slow-release carbs — and that means the sugars in oatmeal are released slowly into the bloodstream, providing longer-lasting energy to keep you focused as the morning goes on.

And oatmeal is prebiotic. Its high fiber content promotes the growth of beneficial gut bacteria that help prevent brain inflammation.

On top of that, blueberries are one of those “superfoods” that is great for your overall health, reducing your risk for diabetes, heart disease, and hypertension.

Walnuts. Walnuts are another superfood that many people aren’t taking full advantage of. A shelled walnut even resembles a human brain!

Walnuts are rich in linolenic and alpha-linolenic acid (omega-6 and omega-3 fatty acids). Both of these healthy fats have been shown to boost brain function, and are heart-healthy, too. And keeping your heart healthy will support better brain functioning as you get older.

For example, vascular dementia is the result of a series of small strokes. So, by taking care of your cardiovascular health, you’re protecting your future brain function, too.

3 breakfasts to keep you sharp

As promised, here are three easy breakfasts I’ve put on my menu this spring that include these “brainy” foods. Start your morning with one of these instead of that muffin, and see how you feel at lunch time!

While granola is a baked cereal, muesli is a combination of raw grains, nuts, seeds, and fruit. Try this one out!

Mix all together and eat immediately.

Actually, my college-student daughter introduced me to this “kitchen sink” approach to getting a great start in the morning.

This one starts with plain Greek yogurt and canned pumpkin. (Pumpkin is another neglected brain food. The brains of older adults who ate a diet rich in the carotenoids lutein and zeaxanthin completed tasks with more efficiency and less strain than those who got little to no carotenoids in their diet).

Stir pumpkin, half the pear, and the honey into the yogurt. Top with cereal, walnuts and remaining half of the pear.

Mix ingredients well and spread in a rectangular baking pan. Bake at 365°F for 25 to 30 minutes.