Home » 4 Surprising triggers that trick you into overeating 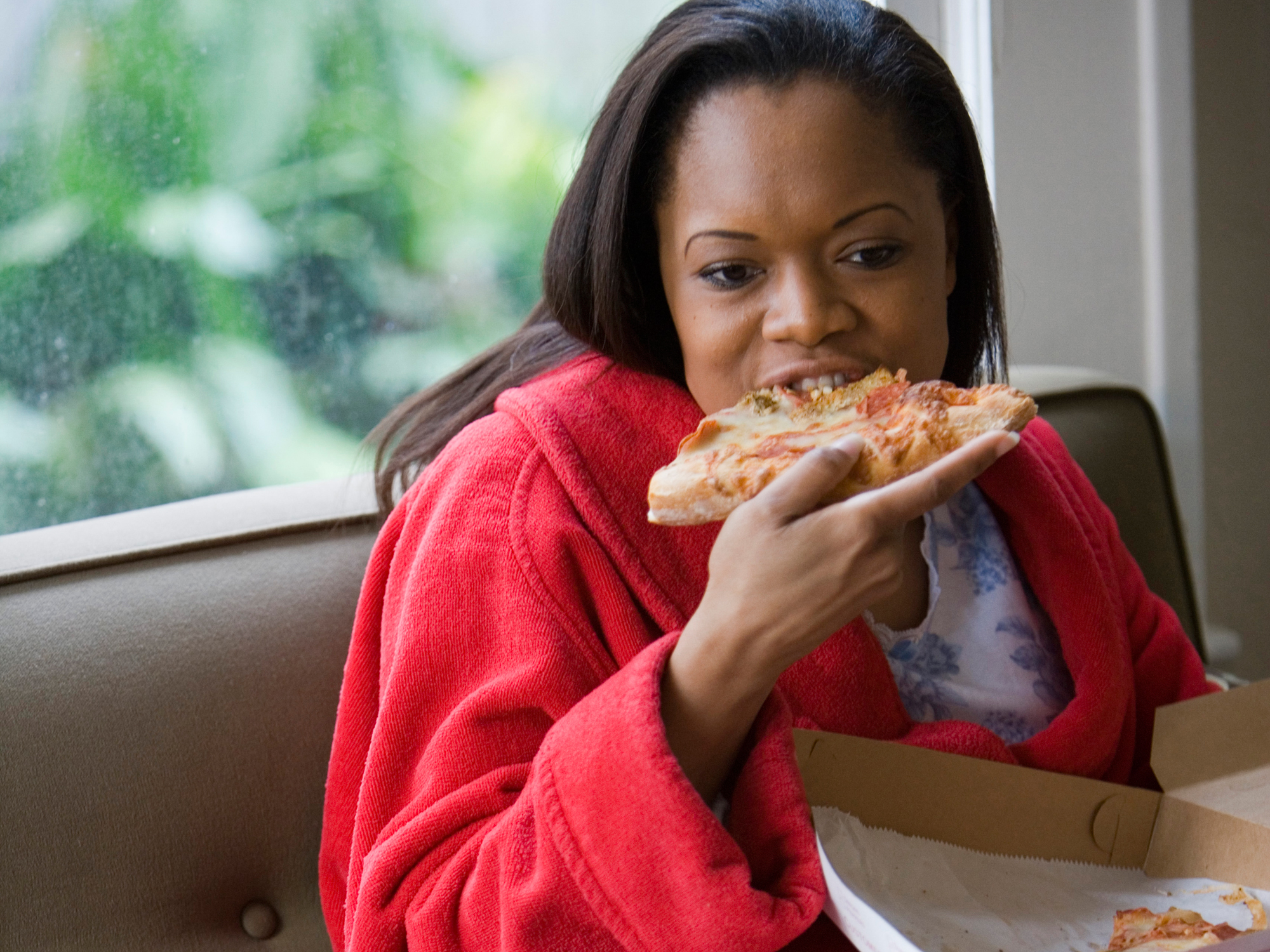 If you have been struggling to lose weight for a while now, you’ve probably heard all sorts of advice from your doctor…

Exercise more, watch your calories, go low fat, and many more often less-than-helpful mantras that leave you no better off than when you walked through the doors of their office.

You see, losing weight is not just about the willpower.

It’s also about recognizing the hidden triggers that make you overeat and gain weight in the first place. In fact, for most people, there are four sneaky causes behind the excess calories they consume every day that leave them carrying around extra pounds.

If you ignore these triggers, your weight loss plans are doomed to failure.

This is a big one for most people.

If you regularly eat in front of the screen instead of at the dinner table, you could be consuming far more calories than you realize.

Eating while watching television allows you to check out. This means that rather than eating until you’re full, you might just eat until Grey’s Anatomy is over instead.

And, what you are watching could have a big impact on how much you eat as well.

Studies have shown that watching action movies while eating significantly increases calorie consumption compared to watching a documentary, while watching a comedy has the opposite effect, decreasing the number of calories consumed by up to 52 percent.

The best advice is to skip T.V. until after dinner and eat at the dinner table instead.

Have you ever noticed how some restaurants are just plain loud no matter what time of the day you go?

Well, it turns out these loud noise levels may not be an accident.

So, if you are working to lose weight, your best bet is to eat at home.

If that’s not an option, try to choose a quiet restaurant or at least be aware of the effect the background noise can have on your eating and portion your plate as soon as it comes to the table. Put any excess food into a take-home box before you even begin eating so you won’t be tempted to eat it all.

Just because something is healthy, doesn’t mean it’s calorie-free.

Unfortunately, a recent study found that when people reach for food that is perceived to be healthy or branded as a fitness food, people actually eat more.

The best way to avoid the issue is to be aware.

When you grab that healthy snack, pre-portion it before you start to eat.

If you sit down with the bag, you could end up consuming far more than you planned.

The worst thing you can do when you’re trying to lose weight is to skimp on sleep.

In fact, lack of sleep causes brain signals to significantly increase in areas associated with appetite, a big cause of overeating.

Not getting enough rest also results in hormonal problems that affect whether or not you can manage your eating.

Ghrelin and leptin are two hormones in your body that control the feelings of hunger and fullness. Ghrelin increases your appetite and leptin tells you that you’re full.

When you don’t get enough sleep, your levels of ghrelin goes up, increasing your appetite and making you eat more. At the same time, your leptin goes down so you don’t feel satisfied and you eat more.

This means that if you don’t get enough sleep, your body will crave more food and you will overeat.

Aim for at least 8 hours of sleep per night and plan to avoid the computer, television, and other screens that produce blue light, like your kindle or iPad for at least two hours prior to bed time to ensure the best rest possible.

Losing weight is about far more than just the willpower to eat less or eat the right foods. Watch for these four sneaky triggers that make you overeat and you will reach your weight loss goals faster. I can almost guarantee if will be easier to avoid these triggers than giving up your favorite food indulgences.