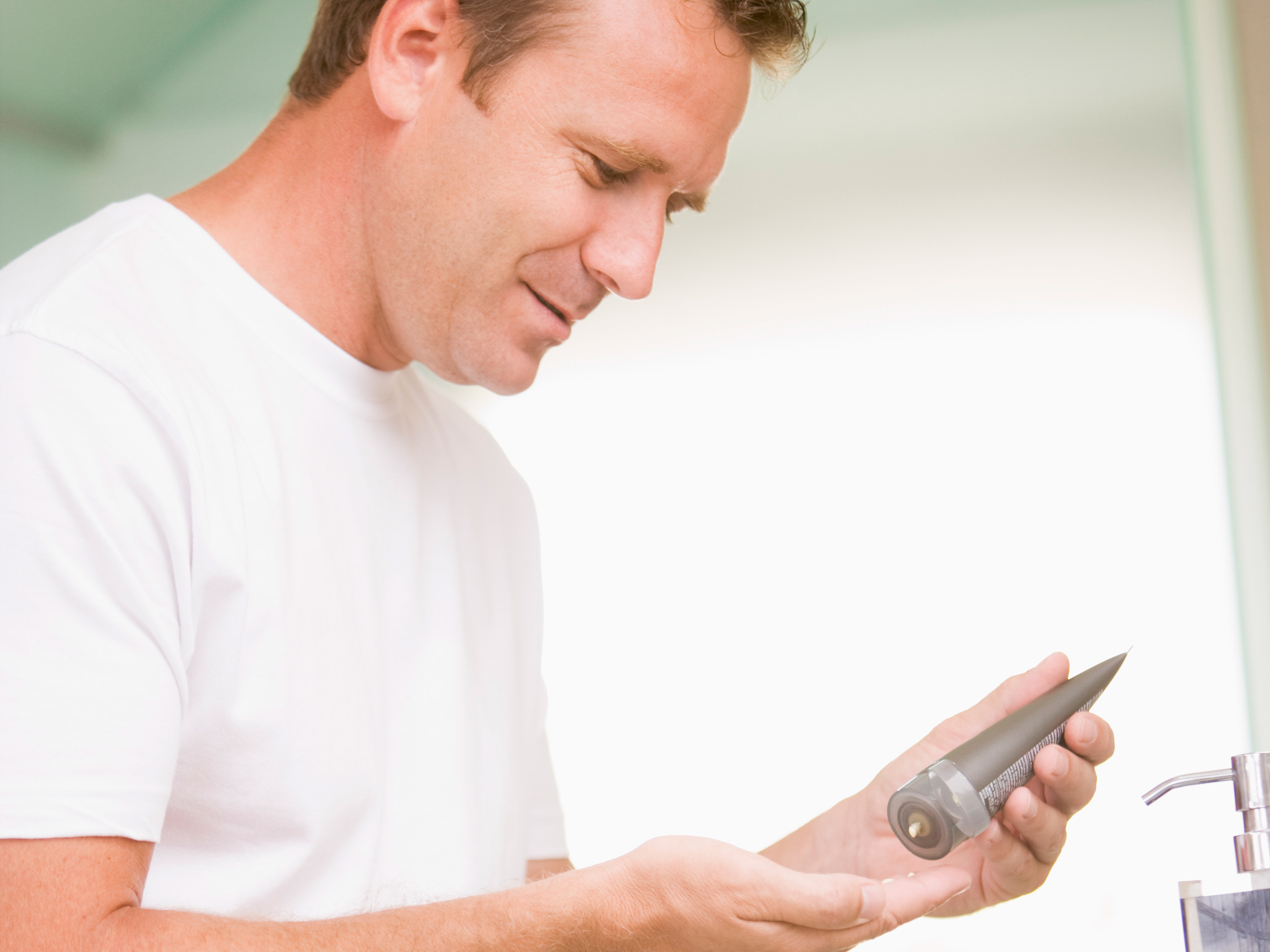 Toxic chemicals and pollutants are all around us — but one fact I was surprised to uncover was just how many toxins and chemicals are in our fragranced personal care products — the stuff we put on our face and lather our bodies with every day.

Fragrances – in soap, shampoo, body wash, aftershave, deodorant, moisturizer, scented body spray, basically anything that smells — come with seriously unpleasant consequences for your health. And although you may think the Food and Drug Administration has your back when it comes to disclosing the ingredients in your personal care products, think again.

The manufacturers of such products use a huge loophole in the FDA’s federal law that allows them to keep the ingredients (aka, “toxic chemicals”) used in a “fragrance” a secret. Unlike most of the food we eat, there’s no disclosure requirement for chemicals, additives and other toxins that are in common personal-care consumer products. Those unknown ingredients have a secret of their own, and it’s pretty scary.

Fragrances and their dirty secrets

The fragrance industry has about 3,100 stock chemical ingredients in its arsenal. Which ones they use and how much is a deep, dark secret in the highly competitive world of fragrances. But what you don’t know can hurt you.

For example, in laboratory tests conducted in a collaboration between the Environmental Working Group and the Campaign for Safe Cosmetics, the researchers discovered 38 chemicals not listed on the product labels of 17 popular fragrances, including Old Spice, Calvin Klein, Giorgio Armani, and Bath & Body Works. Their findings, published in a report entitled Not So Sexy, also noted that 66 percent of the chemicals used by the fragrance industry have not been tested for safety.

According to the report, among the chemicals found that were not listed on the personal care products evaluated were those “associated with hormone disruption and allergic reactions, and many substances that have not been assessed for safety in personal care products.” It goes on to note they also discovered “chemicals with troubling hazardous properties or with a propensity to accumulate in human tissues.” One category of those hazardous chemicals are phthalates.

What are phthalates and why are they so dangerous?

Phthalates are chemical compounds used to make plastics flexible and as lubricants in personal care products. You won’t see them listed on ingredient panels because the FDA doesn’t require it — but they should because they are dangerous. In fact, they are often referred to as endocrine or hormone disruptors, and they also pose a danger to the immune system as well as other bodily systems.

Why should we care? Here’s a few reasons:

They damage your sperm and affect fertility.

In a study of 168 men who were selected from the general population, researchers found that exposure to diethyl phthalate was associated with DNA damage in human sperm. Another study that involved 379 men who had sought help at an infertility clinic uncovered a similar finding: two phthalates (DEP and DEHP) were associated with DNA damage to sperm.

They ruin your testosterone levels.

Testosterone levels have been declining in men over the past few decades, and one thing that may be contributing to this drop is exposure to phthalates. The authors of a recent report in the Journal of Clinical Endocrinology and Metabolism looked at the urinary concentrations of 13 phthalate metabolites and total testosterone levels among men, women, and children. They found that both di-2-ethylhexyl phthalate and dibutyl phthalate were associated with low T levels among men ages 40 to 60 years.

They increase the risk of asthma.

Phthalates and related metabolites have been associated with inflammatory conditions, including the risk of asthma. A number of studies have shown that phthalates can have a direct impact on airway epithelial cells and cause structural changes resulting in chronic asthma. In one recent review, the authors noted that “phthalates have been recognized as important environmental factors in the pathogenesis of asthma.”

They can cause inflammation and possibly cancer.

When experts reviewed data concerning phthalates in The Comparative Toxicogenomics Database, they found that these chemicals played a role in inflammation “with evidence for pathogenic effects for prostate, uterus, ovary and breast, all sites of common human cancers.” A recent review pointed out that phthalates (DEHP and several others) were associated liver cancer in rodents. The authors noted that phthalates likely have this ability because they generate ROS (reactive oxygen species, associated with cell damage) and cause cell damage that may lead to cancer.

We’ve already mentioned that phthalate exposure is associated with low testosterone in men, and low T is also associated with insulin resistance, obesity, and a risk of diabetes. In a group of men who participated in the National Health and Nutrition Examination Survey (NHANDS) 1999-2002, investigators looked at six phthalate metabolites known or suspected of having a negative impact on male hormones.

How to avoid phthalates

First of all, it’s virtually impossible to avoid phthalates completely. They’re in so many products you use or are in contact with every day — from your car to items in your home and office — that the best you can do is reduce your exposure as much as possible. Here are a few tips. They may seem like small changes to make, but the evidence is that the cumulative affect of long-term exposure to phthalates is what causes the most health problems.

Choose fragrance-free personal care products and ditch the aftershave. Look for natural, scent-free products or those made from natural plant-based oils. Basically, any personal care products that smell (soaps, shampoo, etc) usually contain phthalates. I use raw coconut oil to shave and moisturize, and a natural coconut based soap. And I never wear aftershave or cologne.

Microwave in glass containers. Avoid containers that say “microwave safe” unless they are 100% glass. Non-glass containers may also contain phthalates, BPA, and other chemicals that can leech into your food.

Don’t perfume your car. Those scents they spray in your car when you get it cleaned are just sucking away at your masculinity and testosterone as you drive. Same with those scented “hang tags” that attach to your car rear mirror. You don’t need your car smelling like a pine forest at the expense of your manhood. Avoid both of them.

Avoid perfumed household products. Items such as laundry detergent, all-purpose cleaners, air fresheners, and dryer sheets all contain phthalates. Laundry detergent is one of the worst offenders. It’s a toxic mass of chemicals that are absorbed into our bodies when we wear the clothes. Look for non-synthetic fragranced detergents that also don’t contain the toxin 1,4 Dioxane.

Choose organic foods. This is a no-brainer. Conventionally grown produce is sprayed with pesticides, which contain phthalates. If you eat meat and/or dairy, choose organic products here as well.

Filter your water. Tap water can contain phthalates from industrial waste. Consider a nanofiltration system, which is an effective way to filter out phthalates from water.

Our masculinity is under threat!

Male testosterone levels are in a precipitous decline — taking with it our masculinity and the foundations of our manhood. What’s going on?

We don’t know the exact answer but a 60 year-old man today has less testosterone than a man his same age had 20 years ago. It’s a generational threat and is partly the result of our sedentary lifestyles, environment, diet, nutrition, and the cumulative, lifetime exposure to toxins like phthalates and BPA.

There’s no one thing that will reverse the trend of low T in men although lifestyle changes and natural supplements can help. You need to take small steps as part of an overall lifestyle program to get back the energy, vitality, and sexual health of your earlier years. Reducing your exposure to fragrances and aftershaves is a great start. For more information on how to protect your sexual and overall health as you age, be sure to check out my latest book Your New Prime: 30 Days to Better Sex, Eternal Strength, and a Kick-Ass Life After 40.