Home » Don’t believe your mother; milk is really bad for you 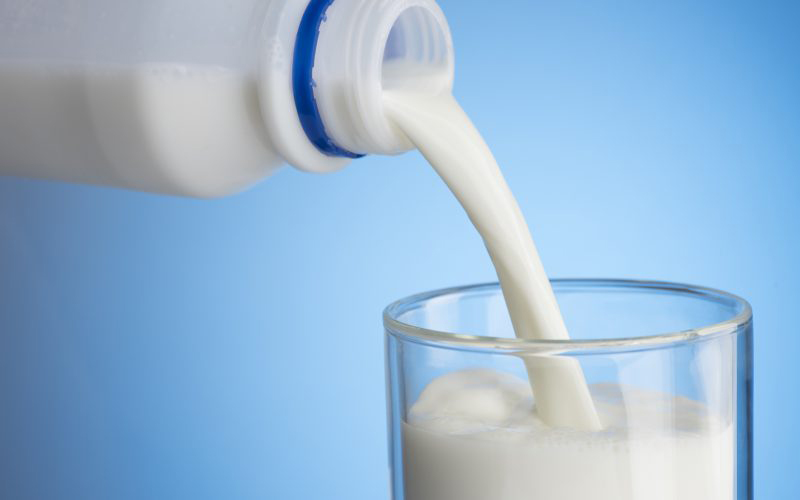 Milk has historically been a staple of the American diet. It may be the most consumed beverage in America. Of course were talking here about milk that has been pasteurized and homogenized, not raw wholesome milk like we drank when I was a kid.

The U.S. Department of Agriculture even recommends in its food pyramid that everyone drink two to three cups of milk a day, and specifically urges people to get fat-free or low-fat milk and other dairy products.

According to the USDA, milk is prime source of calcium, potassium and vitamin D, which is added to fortified milk.

Thus milk, poor in magnesium but high in calcium, interferes with magnesium metabolism antagonizing the mineral responsible for decay prevention. Drinking milk is one of the causes of dental decay. The USDA does not tell you that you need magnesium. You may be magnesium deficient and not even know it.

Magnesium is critical in bone and tooth development and for the prevention of mineral deposits in the soft tissues of the body. This directly relates to dental cavities in children and calcified joints in older people.

The USDA promotes milk consumption but does not tell you there is no milk for the American consumer. Raw wholesome milk was phased out more than 60 years ago under the pretense of health. Live, whole, fresh milk has been replaced with a pasteurized and later homogenized liquid called “milk.” This product of commerce has absolutely no similarity to whole cow’s milk except both are white.

Commercial milk is dead. All the enzymes and nutrition have been killed with heat.  What are enzymes? They are specialized proteins possessing catalytic activity on which all living organisms depend to promote the various vital reactions necessary to maintain life.

Enzymes are required to make biologically-active food that gives health and offsets premature aging, illness and early death. And you need digestive enzymes so that the pathway that provides your body nutrients from food works properly. But we don’t get many digestive enzymes from food anymore, and there are none in pasteurized milk, making digestion very difficult.

Enzymes are essential to food quality. Foods devoid of enzymes are dead foods which cannot sustain life and health.

Pasteurized milk won’t sour like whole milk. It can’t because it is already dead. It is a negative food and it’s dangerous. Most can’t digest it.

According to the book, “Milk — The Deadly Poison,” by Robert Cohen, 40 percent (according to the USDA) of the food Americans eat consists of milk or dairy. That means there is a high health risk from a hormone called insulin-like growth factor (IGF-1). This is a growth hormone that is a key factor in cancer development.

The reason IGF-1 is in milk is that commercial dairy farmers use rBGH – bovine growth hormone manufactured by Monsanto – to make cows produce more milk. BGH in the cow’s blood stimulates IGF-1 which then increases milk production. rBGH use raises IGF-1 levels to 5 times their normal amount.

IGF-1 is a naturally-occurring hormone found in the milk of both cows and humans which makes babies to grow fast. But it is normally bound within proteins, and not unbound as it is in cow’s milk. IGF-1 is not destroyed by pasteurization or digestion and remains biologically active in the body. So when cow’s milk from animals given growth hormone is consumed by humans, especially non-infants, it behaves as a cancer-accelerator and is associated with breast, prostate, and colon cancers.

Cohen divulged his suspicions that the FDA’s approval of rGBH represented not only collusion between Monsanto and the FDA, but a cover-up of epic proportions by the scientific establishment.

Cohen writes that milk is a prime cause of allergies and that it can even kill your infant. Milk has been cited in medical research as the cause of asthma, diabetes, eczema, irritable bowel syndrome, leukemia and early sexual maturation of our children.

There are many negative health factors associated with the consumption of milk and dairy products. Since most humans do not have the basic enzymes necessary to digest milk properly, the body lashes out with indigestion, irritable bowel syndrome (UBS), lactose intolerance, brittle bones, arthritis, type 2 diabetes, obesity, cardiovascular disease, shorter life span and ailments.

Studies have also shown that:

But the point here is that the American people think that milk is milk just like they think that vitamins are vitamins.

Do the milk processors know what they are doing? They are selling a white liquid that the buying public believes is milk and believes is good for their health. And they do so under the cover of and with the approval of the U.S health authorities and establishment medicine.

The FDA’s position is that natural products — like raw milk, which man has consumed as far back as time can be recorded — are illegal and harmful, but falsely-marketed drugs from Big Pharma with at best dubious research on their effectiveness are perfectly okay for consumers.

I used to recommend raw milk and where to get it until the fascist government elites continued to assault American liberty by raiding farms that produced such milk, not because of any health threat but because they were committing the “crime” of selling raw milk.

This is just another example of the medical tyranny and corporatocracy in which we now live.