Home » Foods, facts and herbs to fight the flu 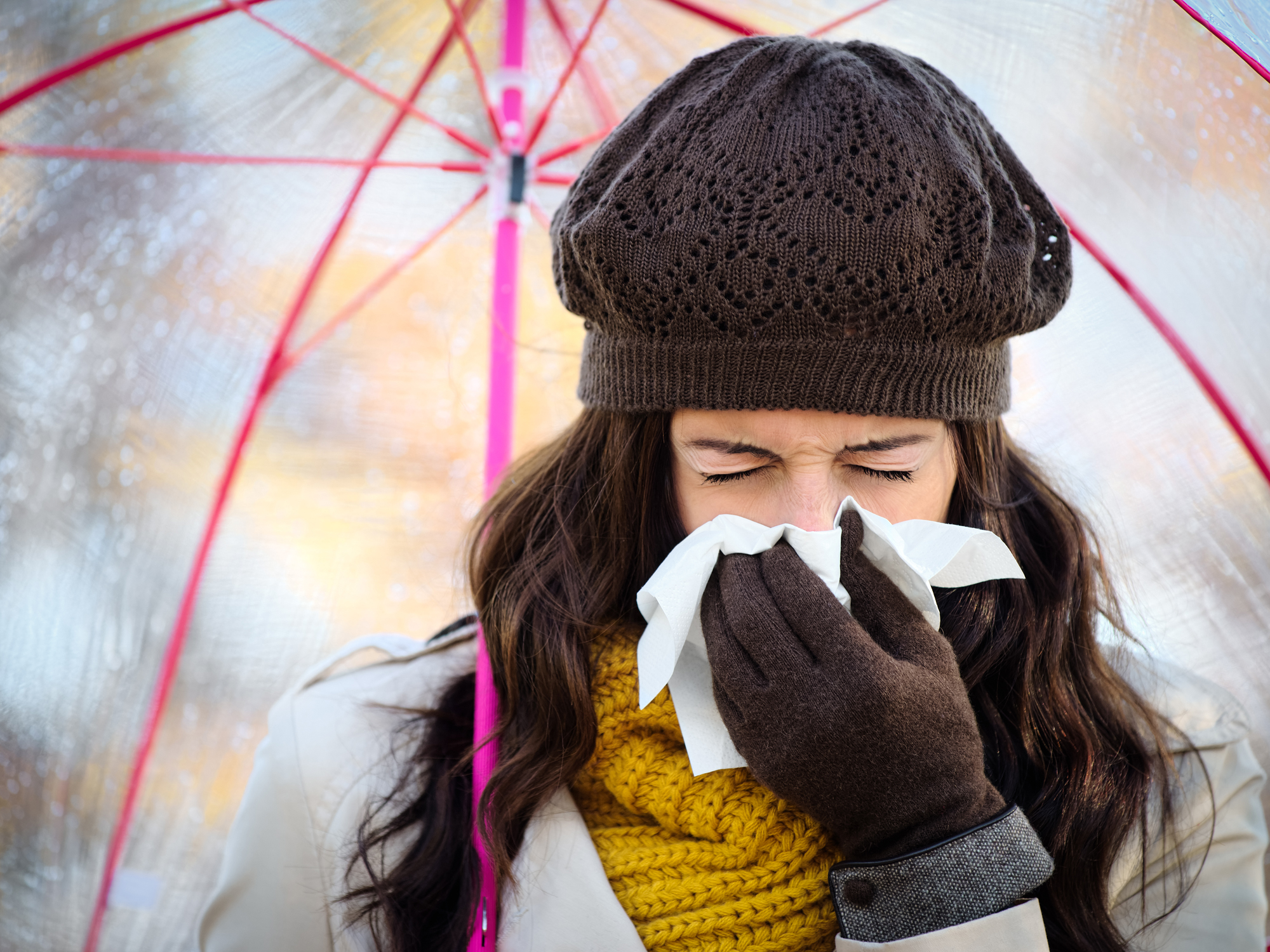 Today the weather dropped to well below freezing in my area and it reminded me of how I used to get the flu and a bad case of bronchitis every winter.

Some people think the flu is a pain in the butt, but mostly harmless. Most likely they are just confusing a severe “cold” (stuffy or runny nose, sneezing, etc.) with a case of the flu — but, believe me, they are very different things.

In fact, influenza (the flu) kills more people than AIDS, lung cancer and heart disease combined. The fact is, every year you run a 50/50 chance of contracting this illness.

But traditional Chinese medicine (TCM) has several herbal formulas available as supplements that have worked for hundreds, and some for thousands, of years for preventing flu and relieving its signs and symptoms — and here’s why I choose them over mainstream treatments…

The World Health Organization (WHO) tells us more than 25% of the world’s population gets hit with the flu virus every year — that’s about 1.5 billion people. Now granted, most of them will survive and get better. But I’ll bet you didn’t know that more than 15 million people will not. In fact, many of them die within a week of first falling ill.

The chilling truth about the world’s deadliest disease is simply that there are literally hundreds of thousands of different viral strains — each mutating and multiplying into killer bugs, some as quickly as once every 20 minutes.

That fact is chilling enough. But did you know that it takes three to four months after a new virus emerges for an effective vaccination to be manufactured and dispersed? And once you get the virus, the vaccine is of no use at all. Of course, the loss of life is the real tragedy.

Among those who survive, the flu epidemic sickens enough of the U.S. workforce each year to drain more than $10 billion in lost wages and production from the U.S. economy. And again, that’s just the loss here in the U.S.

Not to mention the money Americans spend trying to beat the sniffling, sneezing, aching, hacking, feverish symptoms of the disease — more than $3 billion every year. That’s many times more than the economies of some Third World nations. No wonder there are more than 100 different brands of flu medicine on the market!

Over-the-counter drugs may help relieve your symptoms, but of course, none of them actually prevents the flu. And just how helpful are they really?

Phenylephrine is found in many popular over-the-counter cold and sinus medicines including Alka-Seltzer Plus®, Triaminic®, Tylenol Plus®, Dimetapp® and Sudafed®. And researchers have found that the recommended dose of 10 milligrams was no more effective than a placebo.

Prevention is the best medicine

I personally use a combination of Chinese patent herbal formulas to build my immunity during cold and flu season and many work to relieve symptoms and shorten the virus if you do get it. Let’s have a look at three of the formulas here…

In TCM terms, Yin Chiao is effective because it “disperses wind heat, clears heat, and relieves toxicity.” This formula is most effective when taken at the first sign or during the first two days of cold or flu.

In TCM terms, Gan Mao Ling is effective because it “releases exterior Wind and it clears heat and toxins.” This formula is most effective when taken prophylactically at times of potential exposure. It is for short term use only and should be discontinued after acute symptoms are resolved.

Zhong Gan Ling – If a name is everything, this one tells the tale and translates as “Efficacious Cold Remedy.” It contains kudzu root, hairy holly root, vervain, woad root, wormwood plant, gypsum, and notopterygi.

There are many more, but you would need to see a Traditional Chinese Medicine practitioner for a proper diagnosis to determine what you need. Each of these formulas I detailed above can be purchased in Chinatowns nationwide, and are also easily found on-line through a simple keyword search.

How about some ginger green tea

If a more mainstream approach is your cup of tea, consuming a hot cup of ginger green tea each day can do wonders in preventing this debilitating illness. Green tea is full of anti-oxidants and ginger is a diaphoretic (promotes sweating). Sweating out the dampness and phlegm — that lead to infection and provide an environment for viruses to live — is essential to cold and flu prevention.

There have been many studies conducted to determine the health benefits of green tea, many with positive results. One of the compounds found in the tea, a polyphenol called EGCG, has the ability to increase regulatory T cells which are instrumental in the suppression of autoimmune diseases and in boosting immune function.

This is important because, although there are pharmaceutical drugs on the market that act in the same way, they can also have high levels of toxins in them. These findings suggest there could be a natural solution that could someday replace these medications.

Doubling the recommended daily doses of vitamin C and zinc starting a month before cold and flu season will also boost immunity. Also consider adding more garlic to your diet. Garlic has anti-bacterial, antiviral and antifungal properties… and can also be taken in supplement form. But if you really want to experience garlic’s ‘ramped-up’ healing properties, consider black garlic, first used in Asia thousands of years ago and created through a unique heat/fermentation process.

Other foods can help or hinder your health during cold and flu season. Here’s the good and bad of it…

Finally and most important: Lower your stress. Stress is terrible for you, causing tight muscles, headaches, belly fat and high blood pressure and it weakens your immune system. In fact, nearly 75% of people who get colds each year are found to be under heavy levels of stress.

So relax, smile, eat some garlic, take some supplements, improve you wellness karma… and you may be able to take a vacation from this year’s cold and flu epidemic. Happy winter!