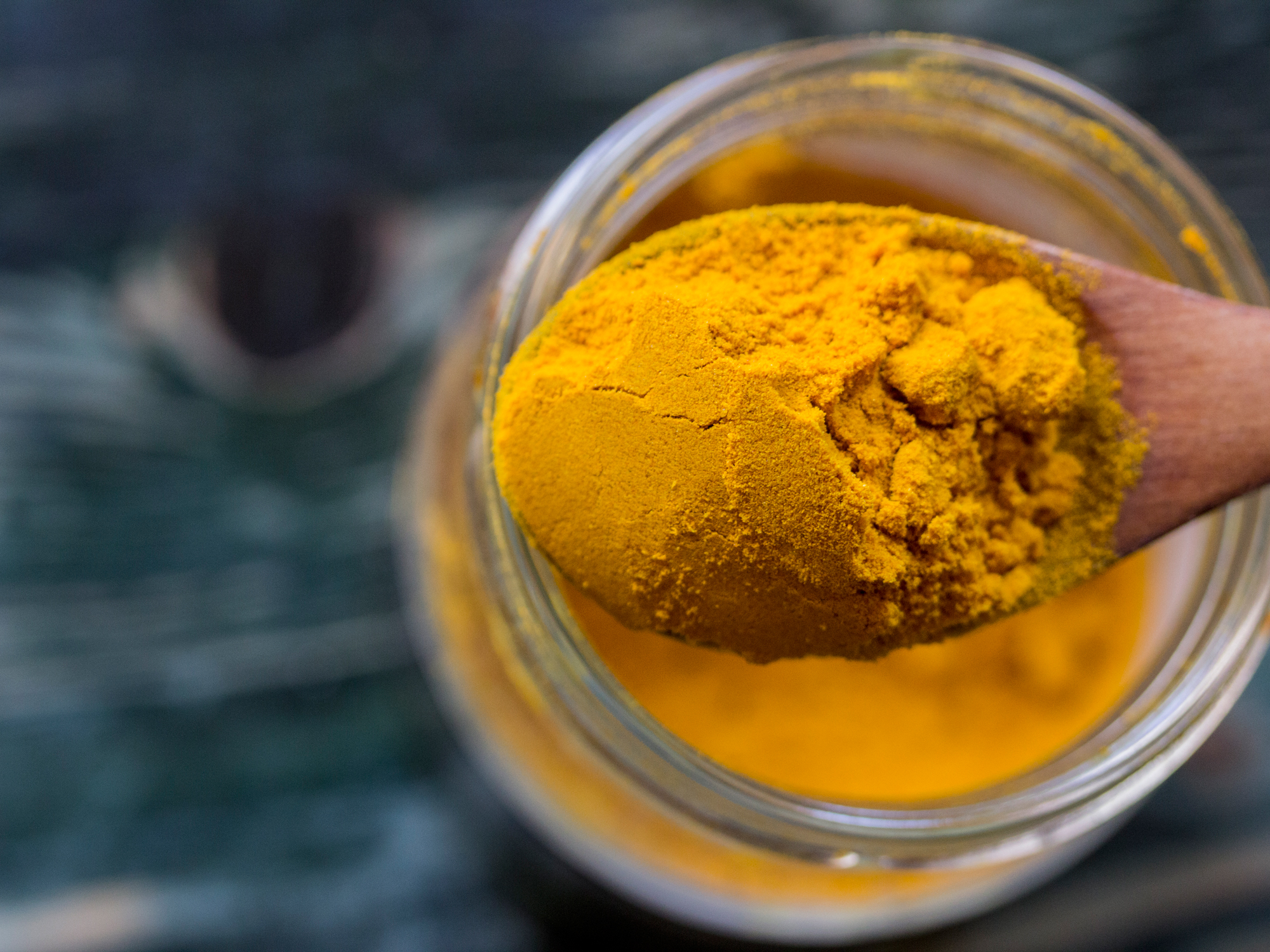 I eat or drink turmeric in some form every day — on my oats, in my smoothies, in my tea, on my eggs, and in my curries: basically, I sprinkle it on nearly everything I eat.

Why do I like it so much? Turmeric, and its well-known active ingredient curcumin, has potent antioxidant and anti-inflammatory properties and has been studied for a wide variety of healing properties — most of which greatly benefit men’s health. Here are a few of them:

Both acute and chronic inflammation are the cause of many health problems — one of the most common of which is arthritis and associated joint pain – two ailments I want to avoid as I age.

Curcumin extracts have been shown to reduce the pain and improve function in knee osteoarthritis “with an efficiency equivalent to ibuprofen, but with fewer gastrointestinal side effects.” Combining curcumin and Boswellia serrata also has been shown to be more effective than the COX-2 inhibitor celecoxib in the treatment of osteoarthritis.

Turmeric is also one of the best natural remedies for relieving the symptoms of an enlarged prostate and helping to reduce urinary symptoms in men as they age. This spice has been shown to provide several important benefits for prostate health, including reducing prostate size, fighting inflammation associated with prostatitis, and helping to manage pelvic pain. Turmeric also could have a role in preventing prostate cancer.

Animal studies have shown that turmeric has a direct impact on factors involved in memory. One mouse study showed that treatment with turmeric improved both memory and learning in mice under stress. Specifically, the herb increased the expression of certain cholinergic muscarinic receptors associated with memory and learning.

Turmeric can help in reducing depression

A number of studies have found that turmeric/curcumin is effective in reducing depression, especially mild cases. One study noted that patients with major depressive disorder who took curcumin fared just as well as their peers who took Prozac (fluoxetine). A more recent meta-analysis of six clinical trials reported that curcumin “appears to be safe, well-tolerated, and efficacious among depressed patients.”

Curcumin has been shown to improve glucose tolerance in animal research as well as significantly lower hemoglobin A1c in patients with type 2 diabetes. In fact, nanoparticle curcumin has been shown to significantly lower fasting blood glucose, total glucose, and low-density lipoprotein (LDL) cholesterol as well when compared with pre-treatment values.

How to get more turmeric

You can add turmeric to salads, tea, smoothies, and many other dishes.

Turmeric supplements are also another way to boost your intake. Because curcumin is poorly absorbed by the bloodstream, you need to take turmeric with a black pepper extract which aids in absorption.