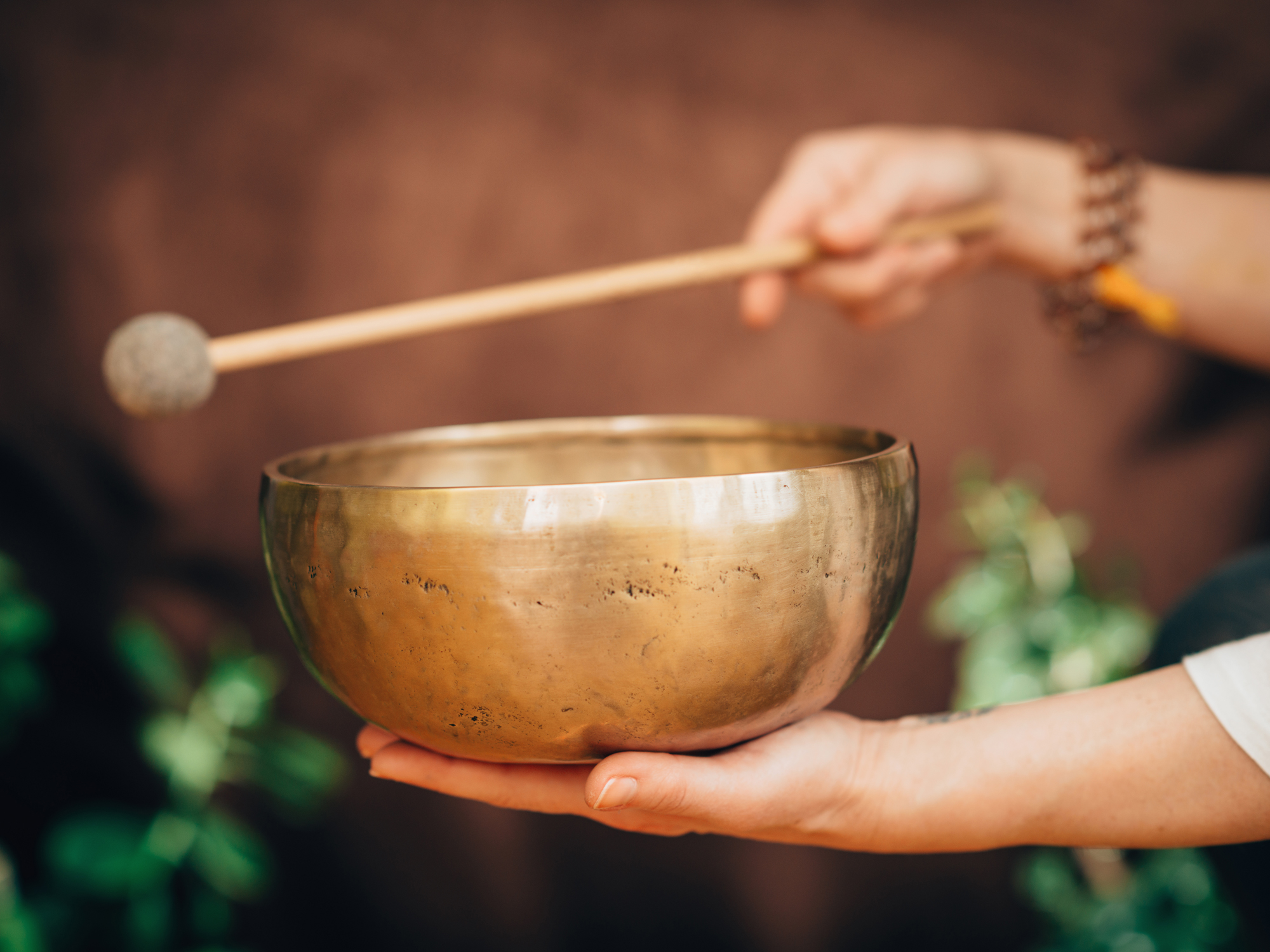 That’s because the entire universe and everything in it resonates at specific vibrational frequencies.

In fact, energy is nothing but vibration, and we are surrounded by it; we are made up of it.

When you feel excited you are resonating at a high frequency — or good vibrations. On the contrary, when sick or tired or stressed, you resonate at low frequencies.

The trick is to raise your vibration to resonate at rates that are in the healthy human spectrum. And there’s an easy way to do it… using healing sound vibration, to release stress held in the body and uplift energy.

Using sound as a healing modality perhaps began with the Gregorian chanting; believed to be the precursor to music. Buddhist monks and Indian yogi often use chanting of phrases to enter deep meditation to alter states of consciousness.

In fact, in many traditional cultures all over the world, drumming and singing are used in healing ceremonies and practices.

What is a gong bath?

Based on the same theory as the healing sounds, a gong bath is the event of relaxing in a room where a gong is struck at various rates and percussive impacts to create “vibrational waves” of energy. These energy sound waves surround you as if in a bath, impacting your mind, bones, organs, blood and cells.

In essence, the sound of the gongs, and the frequency of its vibrations, washes over you to change the tone of frequencies in your body for healing.

Many who participate in these gong baths report feeling soothed, relaxed, energized and rejuvenated — as if they had gone through a total mind-body detox meditation. The gong bath alters consciousness, thus creating a deep sense of peace, relaxation and well-being.

The process of taking a gong bath is simple.

Generally a group meets for the session in a relaxing environment with a matted floor or using yoga rugs. You lie down on the mats and can use pillows and blankets as you like, in an effort to be as comfortable and relaxed as possible. However, because you want to feel the vibrations over your body, it’s best not to use thick or heavy blanket coverings.

Over a session of about 20 minutes a gong master sounds his gong at various impacts and rates, building up to a crescendo then slowing to an end. You simply relax and feel the vibrational tones and sounds of the gong as it bathes you in healing energy.

The vibrational sounds will lead you into Alpha and then Theta brain wave states. This means you will moves from daydreaming into deep RFEM sleep. Alas, it is while asleep that the body repairs itself and with the aid of the gong vibrations the detox and healing are even deeper.

The next time you need some stress relief, want to feel energized, or are in need of deep healing give gong bath a try. If you can’t find a place nearby that offer this therapy, you can find soothing gong sounds on You Tube. Turn up the volume and relax into it. Healing never felt, or sounded, so good.