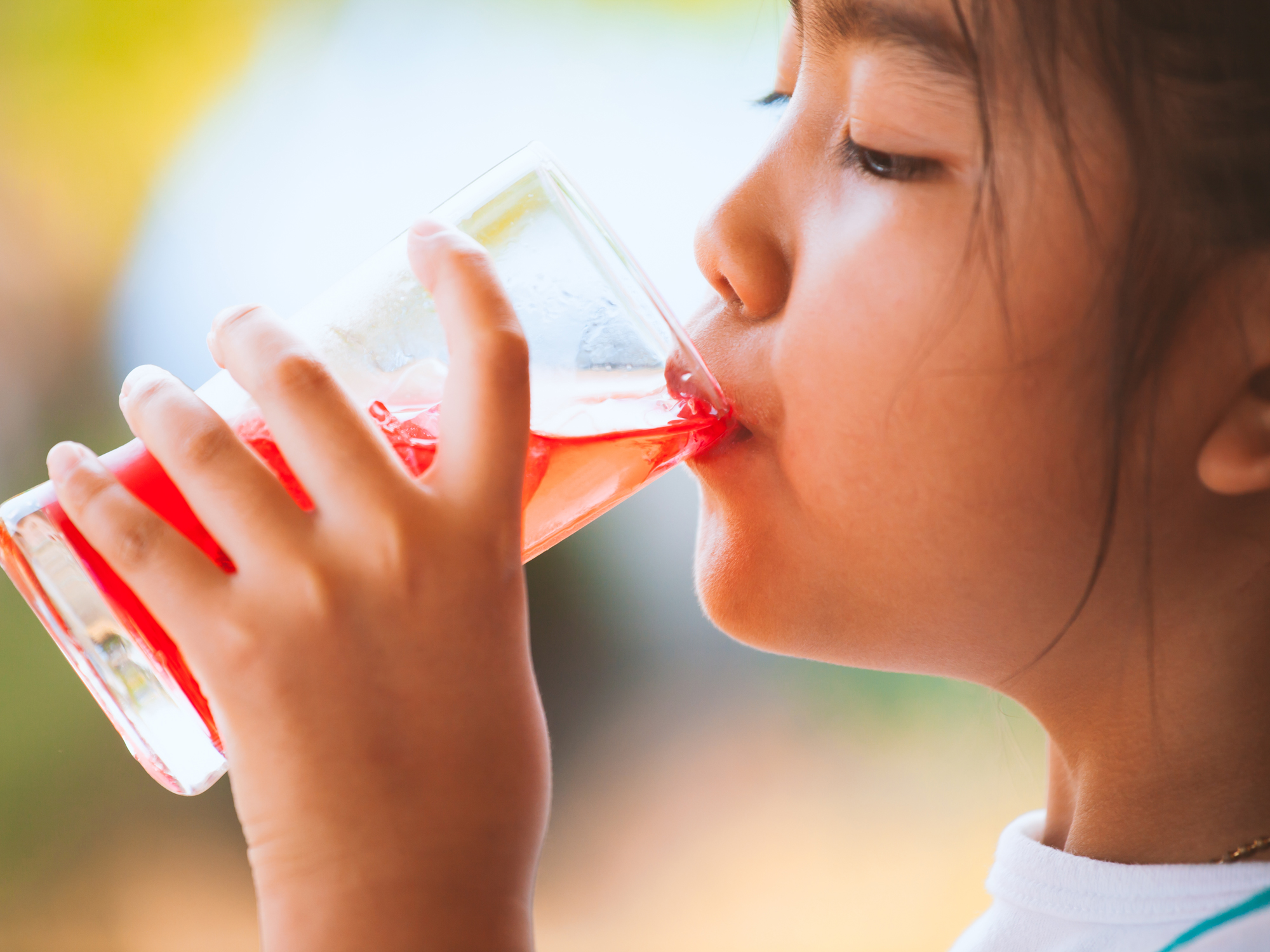 If you spoke to my kid’s friends, you would probably get the impression that I’m the strictest mother in the world.

Unlike many of their classmates, they don’t have their own cellphone, they’re not allowed to be out of my sight when we’re shopping and I rarely let them drink a soda or even juice.

Of course, I don’t set these rules to make their lives hard or set them apart from their friends. I do it because I want to keep them safe.

Now, there’s a new study out that’s proving that my third rule — no sugary drinks — isn’t just a good one, it could save my kids from colorectal cancer.

A number of past studies have shown an association between drinking those sugary drinks, like the soda and juice I nix, and the risk of colorectal cancer.

However, the thought in the medical community was that link was due to the fact that consuming too much sugar can lead to obesity and it was the obesity which was the true risk when it came to cancer.

But, researchers at Baylor College of Medicine and Weill Cornell Medicine thought there could be more to that link and decided to test their theory.

First, the team created a mouse model of early-stage colon cancer by deleting the gene for a protein known as APC. The reason they did this is that APC works like a gatekeeper in colorectal cancer. And, a whopping 90 percent of colorectal cancer patients don’t have it.

As the researchers put it, “Deleting this protein is like removing the brakes of a car. Without it, normal intestinal cells neither stop growing nor die, forming early-stage tumors called polyps.”

Next, they gave the mice either regular water or water sweetened with high-fructose corn syrup (HFCS) — the same thing they use to make soda’s so tasty — in their water bottles, at an amount that is the equivalent of a person drinking one 12-ounce can of soda per day. And, guess what…

After just two months, the mice on the sugary drink regimen developed tumors that were both larger and more deadly than ones in mice drinking regular water.

“These results suggest that when the animals have early stage of tumors in the intestines — which can occur in many young adult humans by chance and without notice — consuming even modest amounts of high-fructose corn syrup in liquid form can boost tumor growth and progression independently of obesity,” said Dr. Jihye Yun, assistant professor of molecular and human genetics at Baylor.

He added, “Further research is needed to translate this discovery to people; however, our findings in animal models suggest that chronic consumption of sugary drinks can shorten the time it takes cancer to develop. In humans, it usually takes 20 to 30 years for colorectal cancer to grow from early stage benign tumors to aggressive cancers.”

In other words, drinking sodas or any drink sweetened with high-fructose corn syrup can cause cancer to grow faster so that you could end up with deadly tumors at a younger age.

Cancer feeding time in your intestines

So what is it about high-fructose corn syrup that is like ‘miracle grow’ for tumors?

The researchers found that the tumors could actually drink in both the fructose and the glucose found in the sweetener to feed themselves!

But, that wasn’t the only problem.

The tumors could also chemically alter the fructose to produce fatty acids — basically allowing them to grow at a supercharged rate.

Lewis Cantley, professor of cancer biology in medicine and director of the Sandra and Edward Meyer Cancer Center at Weill Cornell Medicine said, “While many studies have correlated increased rates of colorectal cancer with diet, this study shows a direct molecular mechanism for the correlation between consumption of sugar and colorectal cancer.”

So, if you want to avoid fueling colorectal cancer, follow the same rule I have for my kids — no sugary drinks. Skip the sodas and juice and instead choose good old-fashioned water for a healthier colon and a longer life.