Home » Insulin resistance: What you need to know 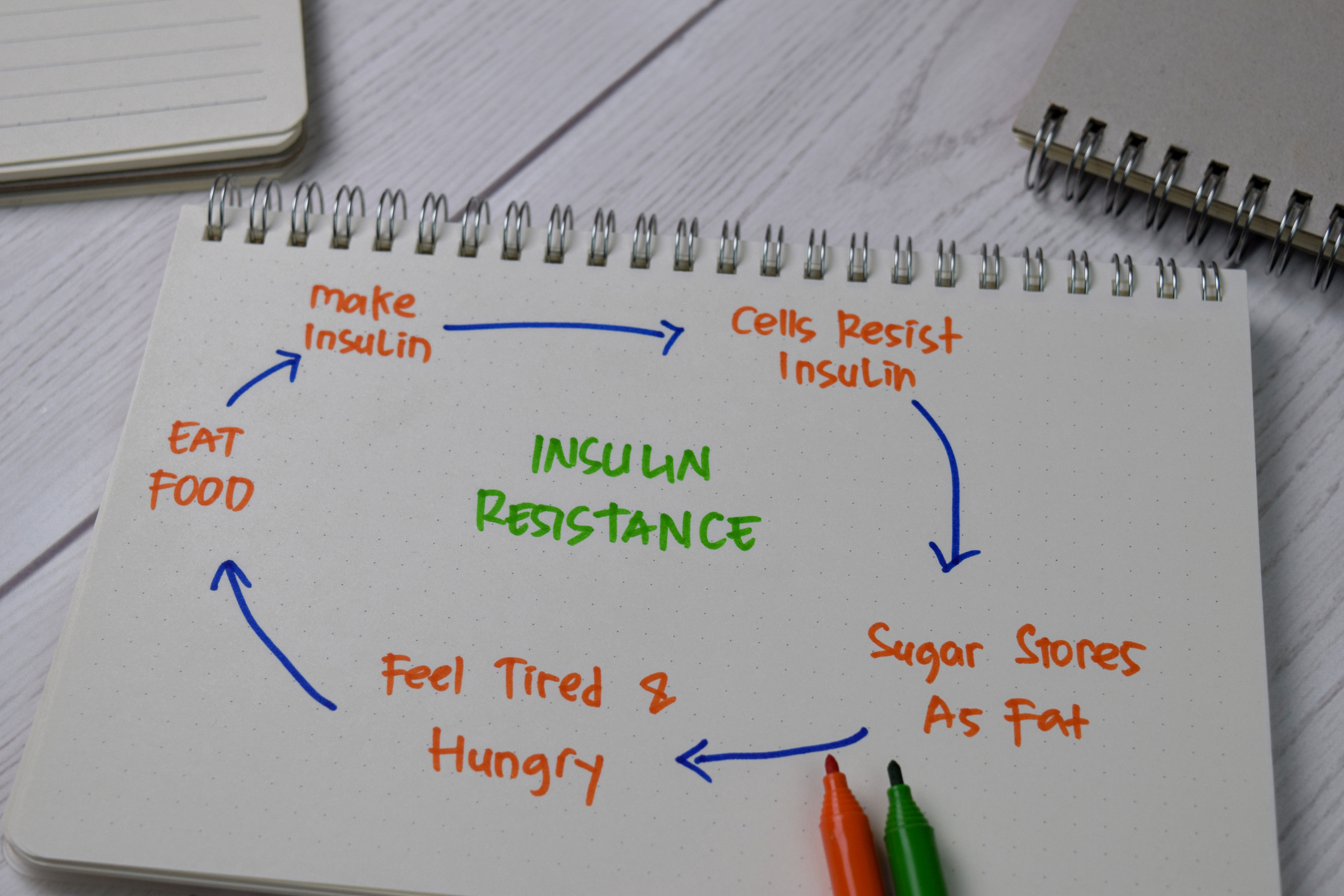 So how does insulin resistance develop?

Our bodies are incredibly efficient energy storage machines. We are evolutionarily pre-designed to always be prepping for surviving lean times.

This may have been exceedingly useful when we lived on the savannah and faced periods of starvation. It’s far less helpful when we’re surrounded by food everywhere we go. In fact, it can be downright counterproductive.

Triglycerides are sources of concentrated energy. And regardless of whether they’re absorbed or formed internally, they end up circulating through our bloodstreams and then get stored in three main places — in adipose tissue (fat cells), in muscles and in the liver.

Fat cells are designed for fat storage and can accept as many triglycerides as we throw at them. Liver and muscle? They also accept triglycerides readily, but at some point, they start to rebel. After all, liver and muscle cells have much more to get done in a day than just store energy!

Turns out, it’s hard to stop triglycerides from getting into liver and muscle cells for excess energy storage. So the body pursues an alternative strategy and starts to blunt cellular entry of other forms of energy. What’s another form of energy? Glucose.

Normal cells listen to insulin when it comes knocking to ask for a glucose molecule to enter. Triglyceride-laden cells become progressively hard of hearing and need insulin to knock louder and louder to respond. In other words, they become resistant to the requests that insulin makes. The body’s response? Make more insulin so it knocks harder! The cellular response? Become progressively even more hard of hearing.

And this manifests in a predictable blood sugar profile decline. Initially, the dysfunctional metabolism is hidden by more and more insulin being pumped out by the pancreas. Your blood sugar level might be normal, but you need way more insulin to get it into a normal range. At this point, you are insulin resistant.

Eventually, the pancreas can’t make enough insulin to knock as loud as it needs to, and blood sugar levels start to rise. At this point you are pre-diabetic.

Finally, the pancreas gets tired, can’t keep up and gives up — eventually pumping out less and less insulin — and voila!  You’re a type 2 diabetic.

A few things that should become obvious to you: