Home » Is a lower body temperature the new normal?

For the longest time, my temperature has not been normal.

No, I haven’t been sick. It’s just that, medically speaking, a “normal” temperature reading is 98.6°F. For me, I know I’m OK when the thermometer reads around 97.6.

This has never concerned me. I’ve adjusted the numbers in my mind, and have grown used to the fact that a fever of as little as 99° is something I should pay attention to.

If you’re in the same boat as I am, you may be wondering if your low body temperature means something is wrong.

Far from it. As it turns out, we’re part of a new trend.

In the mid-1800s a German physician, Carl Wunderlich, measured axillary (armpit) temperatures in about 25,000 people. He found that the average was 98.6˚ F, and that’s been the norm ever since.

But over the last 20 years or so, that “normal” number has been shifting downward.

A 2017 study looked at 35,000 adults in the United Kingdom and found 97.9°F. to be the average body temperature, and a 2019 study measured 97.5°F as the average normal temperature for adults in Palo Alto, California.

In one remarkable study, though, researchers actually analyzed temperature records from three time periods over a span of 157 years.:

Looking back at these records, researchers observed that the average oral temperature gradually fell by more than 1 degree, making the “new normal” closer to 97.5°F. This observation held up even after accounting for age, gender, body size and time of day.

Several things could explain this shift toward a lower average body temperature.

“Declines might be due to the rise of modern health care and lower rates of lingering mild infections as compared to the past,” suggests Michael Gurven, a University of California professor of anthropology.

But when Gurven and his team observed a similar drop in body temperature among an indigenous population in rural Bolivia, where infections are still widespread, they realized that this change can’t be attributed to reduced infection alone.

“Another possibility is that our bodies don’t have to work as hard to regulate internal temperature because of air conditioning in the summer and heating in the winter,” says Thomas Kraft, a postdoctoral researcher who worked with Professor Gurven.

There is some agreement that greater use of anti-inflammatory drugs, like ibuprofen, may reduce inflammation and account for lowered body temps, even though the decline in body temperature remained when biomarkers for inflammation were accounted for.

Overall, the researchers couldn’t pin down one specific reason for the drop in temperatures. According to Professor Gurven, “It’s likely a combination of factors — all pointing to improved conditions.” 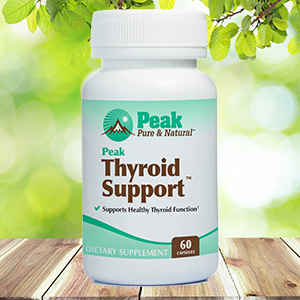 Why does it matter?

But unless your “normal” temperature is changing several degrees over a period of days, there’s nothing to worry about. If you’re concerned, however, talk to your doctor. Some conditions can affect your body’s ability to regulate body temperature including:

The real takeaway here is that more research is needed into the implications of this change.

That, and the fact that it may be time to abandon that age-old idea that 98.6°F is a “normal” temperature.

A drop in temperature — Eureka Alert

Decreasing human body temperature in the United States since the Industrial Revolution — elifesciences.org