Home » Is it depression… or cancer? 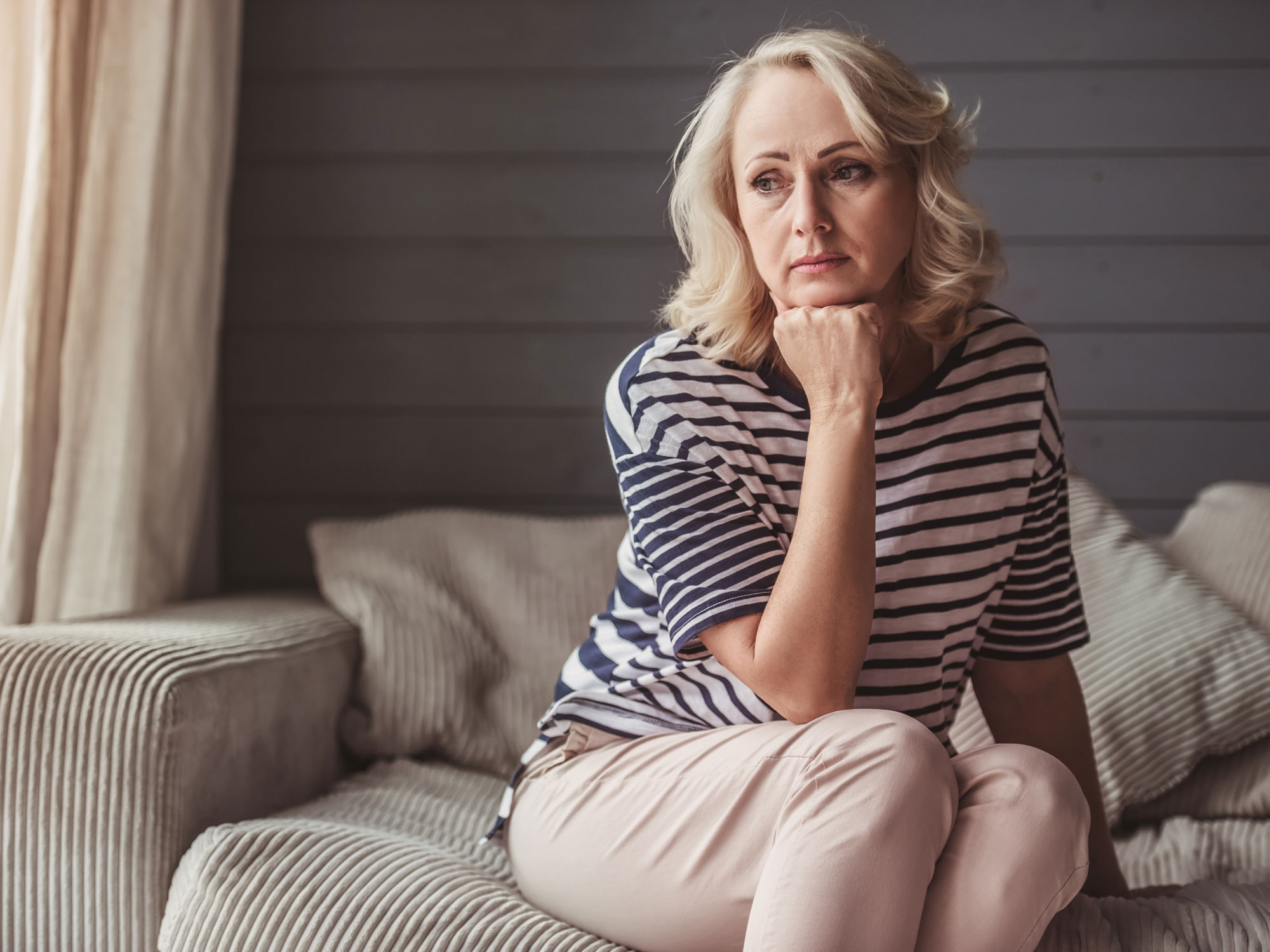 Depression is one of the most misunderstood of conditions…

People with depression are often stigmatized, called lazy, or told to ‘just get on with things.’

Slowly, light is being shed on the fact that depression is, in fact, an illness, just like the flu or other physical conditions. It can be a signal that other things are wrong with the body: vitamin deficiencies, hormonal imbalances … even cancer.

Before hearing the story of how one woman’s depression diagnosis led her to discover she had cancer, let’s understand why being sick can make you depressed. (It’s not just because you feel awful).

If you’ve ever had the flu, you know the miserable constellation of symptoms it brings: exhaustion, loss of appetite, difficulty concentrating, sleepiness, and general malaise. It’s no coincidence that people with depression have these same symptoms.

In both cases, the cause is the immune system’s’ anti-inflammatory response, triggered by proteins known as cytokines.

When the immune system is under attack from infections or toxins, cytokines go to work to generate the inflammation that will fight them, setting off the fatigue and other symptoms that usually go with being sick.

We now understand that physical injury and major illness can also cause cytokines to trigger these symptoms. Not only that: since almost any assault to the body triggers cytokines, feeling depressed may be a red flag that something far deadlier is happening.

Which brings us to our story.

In just the few months since she’d last seen her, Mom had gone from vibrant, outgoing, and energetic, to a shell of her former self.

She’d gone from slender to emaciated, from cheerful to sullen. Instead of chatting about their plans, the woman could only talk about her exhaustion, and spent most of her visit in bed, not wanting to see anyone.

Apparently, things had begun to change while she was on vacation in Italy. As a psychologist, the woman had recognized the signs of depression, and started therapy and medication upon returning home. When that didn’t help, her psychiatrist prescribed a different drug, but still nothing changed.

By the time she visited her daughter, the woman was on four medications: one for anxiety, two for depression, and one for insomnia. But she still wasn’t getting better.

When she returned home, the woman went to see her doctor. Rather than focusing on the depressive symptoms, the doctor was more concerned about the woman’s complaints of nausea and night sweats, along with her weight loss and fatigue.

A battery of blood tests ruled out hypothyroidism, B12 deficiency and Lyme disease. The doctor ordered a brain scan, as well as X-rays of the woman’s chest, abdomen and pelvis.

The pelvic X-ray revealed a small mass on the left ovary. The woman had ovarian cancer that had spread to her uterus and fallopian tube.

Surgery to remove all the cancer was successful. And, with an explanation for her depression, the woman slowly began returning to her former self.

So, what’s the connection?

In 1931, Dr. Joseph Yaskin, a neurologist at the University of Pennsylvania, published four cases of otherwise-healthy middle-aged patients who were at first believed to have a sudden onset of anxiety and depression, but who, within months, were found to have pancreatic cancer.

Recent research confirms Yaskin’s original hypothesis that the type of cytokines triggered by many cancers set off neurological changes that cause depression. Some researchers even think that becoming depressed in this way has its origins in a survival mechanism, meant to alert us that something is terribly wrong in our body.

We can still use this survival mechanism today. If you experience the sudden onset of depression, see your doctor and look into what might be an underlying illness. If illness is not the cause, don’t be too quick to go the conventional route…

When you seek professional help for depression, you’ll likely walk away with a prescription for a certain type of drug — selective serotonin reuptake inhibitors (SSRIs). But over the years, many have claimed that SSRIs are only about 33 percent effective, so you should know they are not your only option.

Look at other factors that can contribute to your depression, including your diet. The idea of food affecting you mental state is nothing new. But what is is the fact that serotonin, the neurotransmitter that affects mood, is manufactured in the gut.

Nutrient deficiencies can also create a depressive state and, of course, can be directly tied to your diet. In one of the first clinical trials to study the effect of magnesium on depressed people, researchers from the University of Vermont found that magnesium supplements could be an effective treatment for depression.

You should also work on taming your cytokines by cutting down on stress and inflammation in the body. Try time off, exercise and a good omega-3 supplement for starters to decrease the production of proinflammatory cytokines.

But regardless of what does or doesn’t work for you, reach out to family and friend if you feel depressed. Things are never as bleak as they seem.