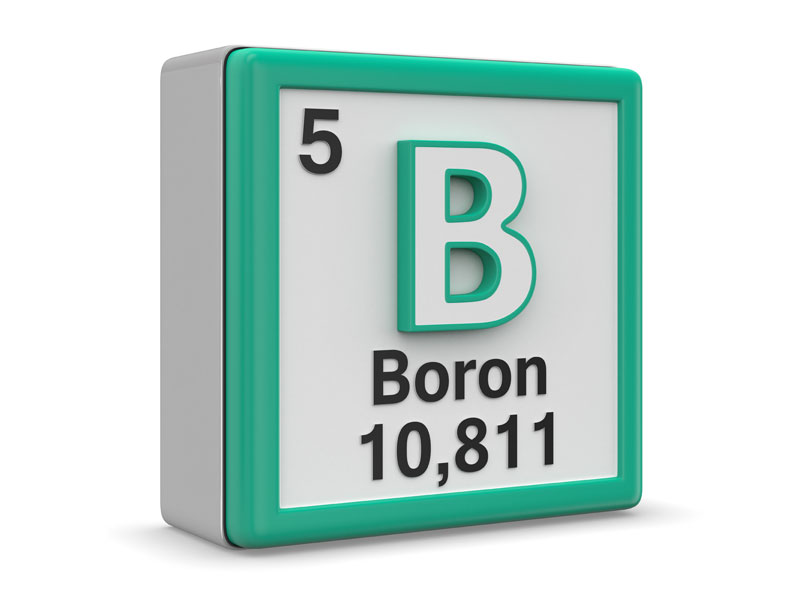 Recently I wrote about the missing link for arthritis… boron — and why supplementing with it is an effective natural treatment for both arthritis and osteoporosis.

In fact, boron’s beneficial properties go beyond your bones to your hormones, magnesium absorption (a vital nutrient on its own!) and better brain function.

Boron improves estradiol and testosterone in women and men

Boron markedly increased the blood levels of estradiol and testosterone in postmenopausal women who previously had been consuming a low boron diet.

Related: What is the inflammation abomination?

I routinely test my patients for vitamin D deficiency and find it to be very common. That’s unfortunate because vitamin D is an important link defeating numerous diseases.

But, more good news about boron supplementation is that it has been shown to increase serum levels of Vitamin D3 in animals and in vitamin D-deficient humans.

Like with estradiol and testosterone, it is thought that boron increases the biological half-life of vitamin D3 (which is also a hormone), therefore, making it more bio-available in your body.

Related: Men, your low-T problem may be a simple vitamin problem

Magnesium and calcium are two key mineral electrolytes that move in and out of cells to make your muscles and nerves move. Nearly half of your total body magnesium is in your bones, while the other half is inside the cells of muscles, nerves, and other organ tissues. A mere 1 percent is circulating free in your blood.

Magnesium is a co-factor in more than 300 enzymatic reactions in your body; it is vital for aenosine triphosphate (ATP) production and is in lipid, protein, and DNA synthesis. It carries a positive electrical charge, so it stabilizes cell membranes. It also functions as a signal transducer  and balances the actions of calcium.

In contrast, 99 percent of your calcium is your bones, while the other 1 percent is in the fluid outside of your cells. When your muscles contract, calcium moves into the cells; then when they relax, calcium is pumped out of the cells while magnesium moves in. Therefore, there is a sort of cooperation between calcium and magnesium.

Boron regulates the movements of calcium and magnesium across the cell membrane.

Through this mechanism, it aides magnesium in its vital role to relax muscles, reduce cramps and improve blood and lymph circulation. Consider nerve cells; they can accumulate calcium which leads to poor nerve transmission, and there can be intracellular magnesium deficiency.

With boron deficiency, too much calcium gets into the cell and magnesium cannot move inside to displace it. This is what happens as we age; with boron deficiency we need progressively less calcium and more magnesium. For boron to fully reverse tissue calcification, ample magnesium is required. Aging adults need 400 to 600 mg of magnesium (but as long as you don’t get diarrhea from it) together with daily boron supplementation.

Some authors even say that calcium supplements are not needed or beneficial, even in case of osteoporosis — because there is plenty of calcium stored in soft tissues where you don’t want it, and with boron plus magnesium supplementation you will redeposit this misplaced calcium back into your bones.

Your brain on boron

The participants with low boron intake demonstrated poorer performance on tasks that measured short-term memory, perception, and attention as well as decreased manual dexterity and hand-eye coordination. The data suggest that boron is an important nutrient for human brain function and cognitive performance.

As I mentioned previously, I am recommending a daily dietary boron supplement of ~ 20 mg/day (and 50 mg/day reverse arthritis or osteoporosis). You can buy 120 capsules of boron 6 mg each for $14 on Amazon.com.  If you were to take 3 capsules daily (18 mg) it would cost you approximately 40 cents per day, or $11 monthly.

However, since that writing, I have discovered another safe and less expensive method of boron supplementation: borax (yes, the laundry cleaning powder, not to be confused with boric acid).

No “food-grade” borax exists because it isn’t necessary, because what you’ll find in the laundry department is safe to use. You might find it interesting to know that most caviar is preserved in borax.

The chemical names for Borax are Sodium Tetraborate, Disodium Tetraborate Decahydrate or Sodium borate. The names are different but it all comes from the naturally occurring mineral mined from dried salt flakes.

If you buy a box of borax for laundry, the ingredient list should have just one ingredient. Do not buy one that lists “borax substitute.”

You dissolve a teaspoonful (5-6 grams) of borax in 1 liter of water to make a concentrated solution, then dose as follows from the solution: 2 to 2.5 tsp (10 to 12 ml) of the concentrate solution (contains ~ 6.5 mg of boron) three times daily mixed with water or food.

To improve arthritis, osteoporosis, low sex hormone production, increase to as much as double that daily amount until symptoms improve, as long as you don’t have any side effects. Some people may experience mild diarrhea, and in this case, drop down to ½ tsp or as low as ¼ tsp doses from the solution.

Boron is certainly beneficial. Be sure to read about how boron battles cancer, here.

To feeling good and aging slower,