Home » Is your prescription really helping? 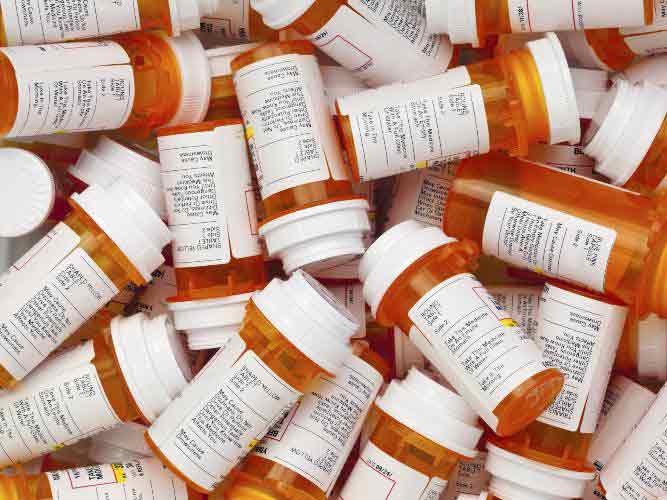 A doctor in the United Kingdom is sounding the alarm about a health epidemic that’s “costing hundreds of thousands of lives” throughout the world. The culprit he’s identified will shock you.

Dr. Aseem Malhotra, a cardiologist with the UK National Health Service and a trustee of the King’s Fund health think tank, recently warned that doctors throughout the world are unwittingly killing their patients thanks to a reliance on bad information from profit-hungry pharmaceutical companies.

The problem, he said, lies in the strong incentive for corporate interests to trump what is best for patient health.

“A systemic lack of transparency in the information being given to doctors to prescribe medication, in terms of the benefits of drugs being grossly exaggerated and their side effects under reported in studies,” he told The Independent.

In other words, Big Pharma is spending massive amounts of money to fund and promote “research” about their products that is little more than marketing material which gets passed on to doctors.

Malhotra said that he considers any research funded by pharmaceutical giants as marketing.

Unfortunately, many well-meaning doctors haven’t made the distinction and are constantly bombarded by “studies” showing they can prescribe a miracle pill for every ailment.

“There is no doubt that a ‘more medicine is better’ culture lies at the heart of healthcare, exacerbated by financial incentives within the system to prescribe more drugs and carry out more procedures,” Malhotra said.

But it isn’t just doctors and their patients getting bamboozled by Big Pharma marketing.

“Institutions such as universities, medical journals and doctors collude wittingly or unwittingly with the medical industry for financial gain,” Malhotra said.

“We need a cultural shift towards de-prescribing – and full access to the raw data from clinical trials for independent scrutiny, as this will encourage pharma sponsored research to be conducted at a higher ethical level,” he said.

The lack of global scrutiny over the pharmaceutical industry’s marketing tactics is especially damaging to older patients who are most likely to be prescribed multiple medications.

A study conducted by Medco Health Solutions found that 3 out of 4 U.S. adults aged 65 and older were taking at least one prescription medication in 2008, while 22 percent of men and 28 percent of women were taking five or more prescription drugs regularly. Statistics show that people over 75 have a one in three chance of being admitted to the hospital due to bad reactions to prescription drugs. Worse yet, about a quarter of those bad reactions lead to death.

And research based on national statistics shows that the leading source of “injury death” in the United States is your local pharmacy. In our rush to swallow all kinds of prescription painkillers, drug poisoning has increased by 300 percent since 1980.

Worldwide statistics on prescription drug deaths are murkier due to policy variations from country to country. But based on what we know from U.S. reporting, prescription drugs are prolific killers. In fact, some research experts have even suggested that prescriptions are the third biggest killer on the planet, bested only by cancer and heart disease.

There are steps you can take to avoid becoming a prescription death statistic and help protect yourself and your family from being harmed rather than healed by healthcare providers. Consider these options published in The Bob Livingston Letter™: