Home » Marijuana: Is it herbal medicine? 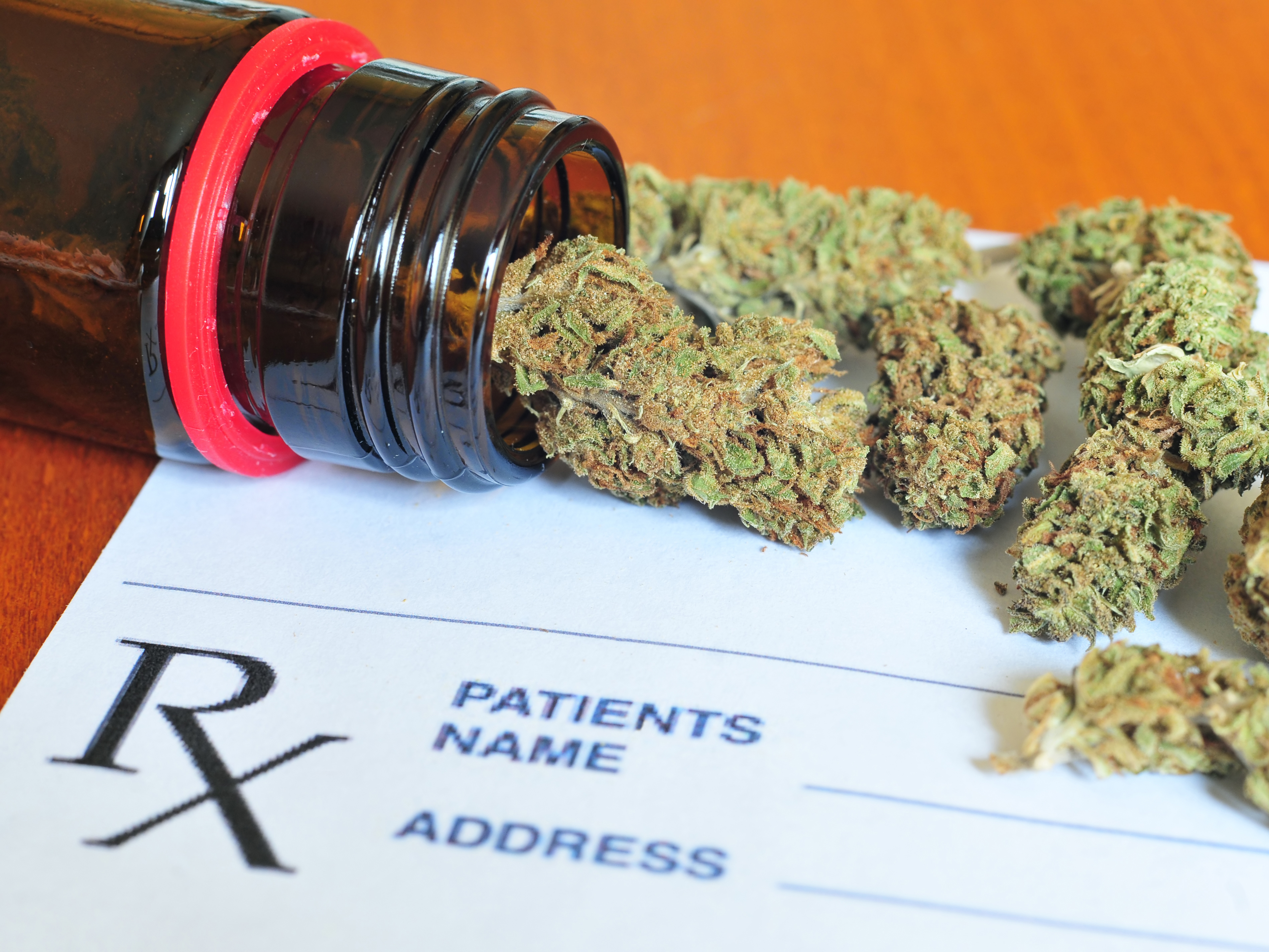 Although I have never used it or needed it, there are an increasing number of medical illnesses that are effectively treated by marijuana.

And to date, there are more than 20,000 published scientific studies or reviews referencing marijuana and its cannabinoids. Almost half of these were published just within the last five years and found on www.pubmed.com.

I don’t know about you, but it seems to me like science, and increasingly the medical community, are putting marijuana firmly in the medicinal camp.

So in my next two letters, I’d like to show you which medical conditions are treatable with marijuana, and how best to get and use it as medicine.

Marijuana is also called cannabis, and contains more than 400 compounds including 60 active ingredients known as cannabinoids. The one ingredient mainly responsible for its psychological effects is called tetrahydrocannabinol (THC). The mirror image molecule of THC is a prescription medication called Marinol® (dronabinol) that has been used for many years to boost appetite in AIDS patients.

The historical use of cannabis is fascinating. More than 2 pounds of cannabis was discovered in a 2,700-year-old ancient shaman gravesite in 2008, indicating that ancient communities grew and used cannabis for pharmaceutical and religious purposes.

In the U.S. things have taken a different turn. The Marijuana Tax Act of 1937 prohibited the recreational, industrial, and even therapeutic use cannabis. Later in 1970 our Congress classified marijuana as a Schedule I substance, which means doctors cannot prescribe it for any purpose.

Marijuana continues to be controversial not because of the science, but because lawmakers have avoided looking at the science. It is considered an illegal street drug in America, while opioid narcotics and other controlled drugs get diverted legally, and their abuse continues to get out of hand. Currently these prescribed drugs are the direct cause of approximately 44 deaths per day in in the U.S. from addiction, overdose and abuse.

Each state is different when it comes to medical conditions you can use it for (but your doctor cannot prescribe it). For example, here is what California [1] considers as qualifying medical conditions treatable with cannabis (marijuana):

However, there are many other medical conditions it works for. How about I share a more complete list of conditions for which medicinal cannabis has been found safe and useful, many of which are legally treated in other U.S. states:

To learn what conditions cannabis is legally used to treat in your state, follow this link.

Now consider the THC in cannabis responsible for it getting people “high.” THC in marijuana is naturally in the form of THCA (tetrahydrocannabinolic acid). It turns out that THCA is not psychoactive. THCA gets converted to THC with heat (in the lab and when smoked) and that’s why ingesting raw cannabis raw does not give you the high that recreational users want. Therefore, medicinal use of cannabis is its raw form is quite a bit different than using it to get high.

The science behind medicinal cannabis

Even though THC is the ingredient mainly responsible for marijuana’s “high” effect, it is not neurotoxic as many once proposed. In fact, THC protects brain cells from damage and inflammation or oxidative stress. In 2005 Canadian researchers reported [2] this from their rat studies: it not only calmed anxiety and alleviated depression, but it also caused a healthy new growth of nerve tissue in the brain. The lead author of the study reported in an interview, [3] “Most ‘drugs of abuse’ suppress neurogenesis. Only marijuana promotes neurogenesis.”

In February 2010 investigators [4] in California reported their series of randomized, placebo-controlled clinical trials on inhaled medicinal cannabis and concluded that marijuana should be first line treatment for neuropathy and many other serious conditions. Such pains are common in patients with cancer, diabetes, HIV/AIDS, spinal cord injuries and other debilitating conditions.

There is now growing preclinical and clinical data showing us that cannabinoids reduce the spread of cancer cells through apoptosis (programmed cell death) and by blocking angiogenesis (new blood vessel formation).

Unlike other drugs, you cannot die from a fatal overdose of marijuana, regardless of quantity or potency.  In 1995 the World Health Organization (WHO) stated, “There are no recorded cases of overdose fatalities attributed to cannabis, and the estimated lethal dose for humans extrapolated from animal studies is so high that it cannot be achieved by … users.”

In 2008 McGill University researchers in Montreal and Vancouver reported their review on the subject, pointing to 23 clinical investigations and eight observational studies of oral THC or liquid cannabis extracts done from 1966 to 2007. These investigators “did not find a higher incidence rate of serious adverse events associated with medical cannabinoid use” compared to non-using control subjects.

However, cannabis is certainly not harmless. Although smoking it is not known to cause lung cancer, it can worsen respiratory illnesses just like inhaling any substance. Therefore, those with decreased lung function, a history of heart disease or stroke should take special precaution.

Also, recreational use is a different game altogether in my book. I personally think that most people seeking a medical card for “medicinal cannabis” (I’ll explain the process of this in my next article) in reality use it to feel good, a.k.a. recreational use.

I personally advise against recreational cannabis use for a number of reasons. In too many instances recreational marijuana causes the user just to want that feel-good “high” feeling. Then they become apathetic fade out of life. This is referred to as a “pot head.”  I advise against its recreational use in children, teenage youth, pregnant or nursing mothers, and anyone who has an addictive personality or is vulnerable to this should avoid it like other drugs.

Next time, I’ll tell you more about the various forms of medicinal cannabis, how to get it and safely use it to treat medical conditions.

To your health and happiness,