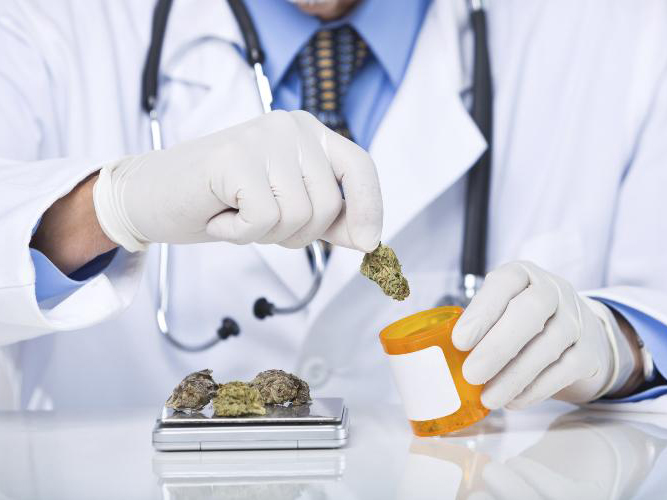 It’s funny how things change. What was once considered the lore of the lazy, the herb of fringe spirituality, and a schedule 1 controlled substance that is federally illegal, is now looked at by many as a miracle cure for all ailments. I’m talking about cannabis…

Growing up I saw movies like “Fast Times at Ridgemont High” and “Cheech and Chong’s Up in Smoke.” These shaped my views of who pot smokers were. My cousin smoked in the car with windows up so she wouldn’t get caught, and she drove me places. I never saw her — or people I would later meet in college who also smoked — moving forward in life. And the smoke gave me headaches, so why would someone do the stuff?

What a wasted life, I surmised. From my subjective viewpoint marijuana was connected with, well, losers. And I didn’t want to be a loser so I disassociated myself from those friends and that drug. For sure, I was a “square” in this regard.

Over the past decade, and especially the past few of years, the rhetoric around marijuana use has changed. The pot-smoking camp has turned and pushed toward cannabis as panacea. I can’t tell you have many Facebook posts find their way into my newsfeed about cannabis curing this and that, and how the government — “The Man” — is arresting innocent people who are only smoking to improve their lives.

And of course proponents of medical marijuana who claim cannabis cures everything from cancer to migraines, from multiple sclerosis to crone’s disease, will tell you that the NIH and FDA, in the pockets of Big Pharma, are keeping it illegal so they and they alone can extract its essence, patent it and sell it as a prescription drug.

Conspiracy theory or truth? A little of both, perhaps.

Those of you who read my articles here may know that I have suffered chronic pain and migraine headaches most of my life. And my partner got MS after receiving a flu shot about a decade ago. We both focus our life choices on how to improve our wellness and quality of life. We look to many areas and try for ourselves every treatment, supplement, method that comes across as valid and potentially helpful. Well, we started researching the facts about cannabis claims.

There are tons of articles out there on cannabis for health and wellness. Unfortunately, because it is still classified as a schedule 1 drug, there are very few clinical trials available. We came across a show on Viceland network, called “Weediquette.”

On the show, host Krishna Andavolu explores all the aspects of cannabis — from growing it, to selling, using, and legalities and introduces viewers to “the people whose lives hang in the balance of our new pot paradigm.”

Some of the episodes focus on “stoned kids” (kids who are given cannabis by their parents to help their diseases), and “the war on weed” (exploring the laws in different states and countries), and “marijuana migrants” (entrepreneurs who moved to legal locations to grow, manufacture and sell pot legally).

The many perspectives on this show started changing my mind about cannabis and its potential wellness uses. Several doctors showed before-and-after scans of brains and intestines of patients who were debilitated and now, after cannabis use, are disease free and clear.

I then read an article on marijuana and migraine headache that quoted a study from the journal Pharmacotherapy:

“It turns out some patients diagnosed with migraine headaches saw a significant drop in their frequency when treated with medical marijuana. On average, the number of migraines dropped from 10.4 to 4.6 headaches per month—a number considered statistically and clinically significant for migraine sufferers… Scientists say marijuana has anti-inflammatory and pain-relieving properties. It also triggers the release of serotonin and dopamine—neurotransmitters that cause feelings of happiness. These characteristics make it an ideal way to combat migraine headaches.”

I became intrigued at the potential.

A bit more research showed that state by state marijuana is becoming increasingly more legal. In some places only the medicinal CBD components are legal, but only if you are a legal resident of the given state and have a prescription from your doctor. In other places the recreational THC aspects are legal. A good website giving a broad overview about laws, legality and a video of President Obama discussing cannabis, is found here.

But I live in Pennsylvania. Just this past April 2016 PA passed legislation legalizing medical marijuana. The catch, however, is that there is no infrastructure in place to implement this.

According to the MDs I’ve talked to, only MDs can write prescriptions, and only after they complete a medical marijuana course telling them what it all is and how to do it. This makes sense. But then, there needs to be places where people can grow and manufacture the tinctures, sprays, pain patches, edibles and pills. Estimates indicate Pennsylvania is about 18 months away from having all this in place.

So for my partner and me to put all the hype about marijuana’s health-boosting properties to the test, we’d have to take a road trip… and that’s just what we did.

Did the claims hold up? Tune in next week to find out…