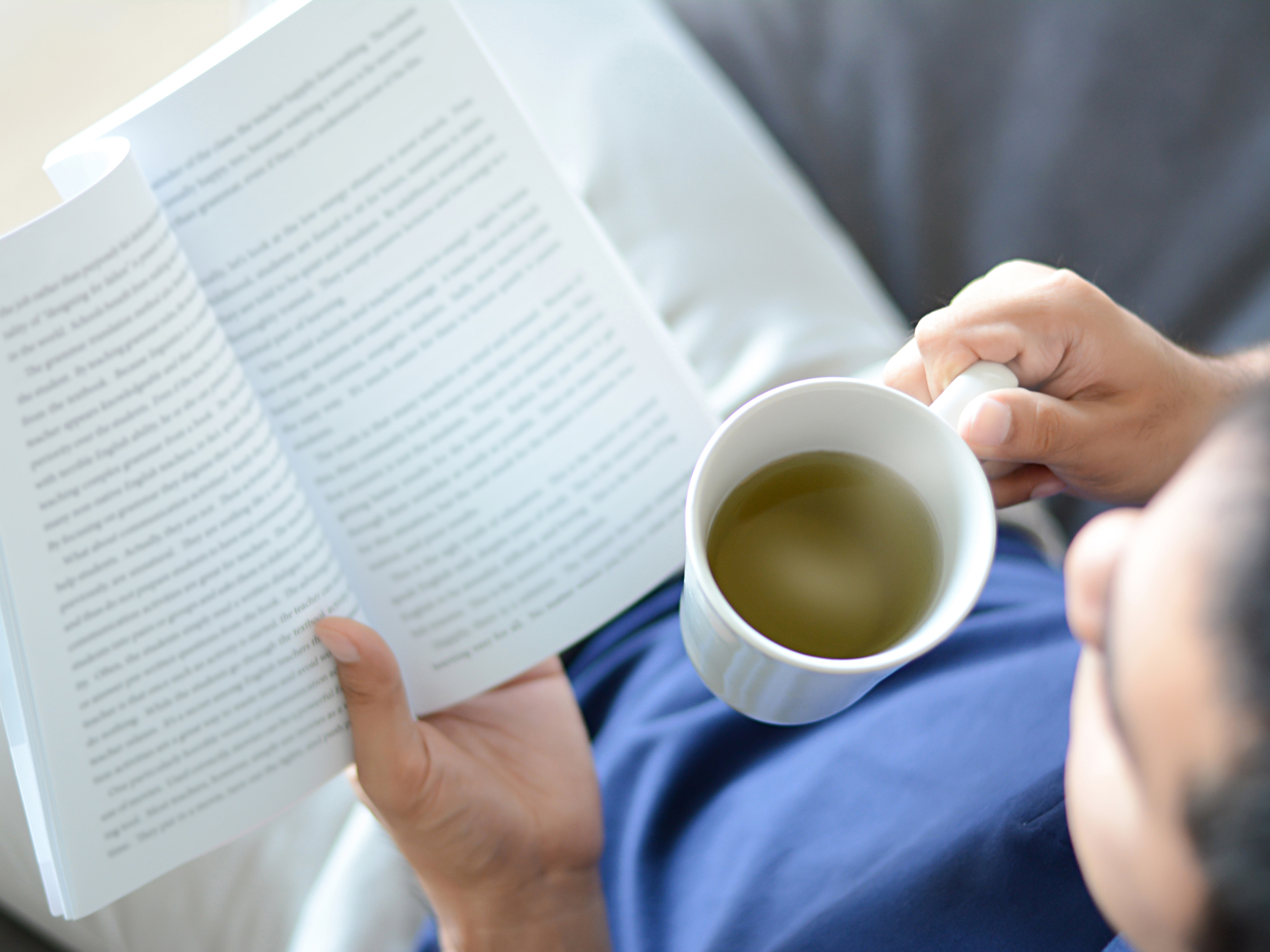 Men sipping tea is not something you see a lot of…

If you think it’s just not macho enough for you, think again.

It’s important for men to consider green tea for prostate health — and their overall health in general.

This natural substance, in the form of tea as well as supplements contains potent antioxidants known as catechins, polyphenols that have demonstrated a number of significant health benefits for men, ranging from boosting the immune system to destroying certain bacteria and viruses.

The amount of catechins in green tea depends on many factors, including where the plants are cultivated, the harvest season, and how the tea leaves are processed. Japanese green teas tend to have higher amounts of EGCG than do Chinese teas, but there are variations within each group.

Research shows that catechins, including the most powerful one discovered thus far — epigallocatechin gallate (EGCG) — have an ability to promote and support men’s health in general and prostate health in particular. For example, the catechins in green tea can help prevent possible complications following a prostate biopsy, such as risk of infection, fever, and chills.

Here are some more reasons why men need green tea and the research to support them.

In a recent Cancer Prevention Research article, experts noted that EGCG and other polyphenols significantly reduced the levels of PSA and two indicators for prostate cancer in men who had the disease. Results of several large studies show that men who drink green tea regularly are less likely to develop prostate cancer than men who avoid the beverage. The more green tea men drink, the more they protect their prostate against cancer.

Catechins also work to repair damaged DNA that might otherwise trigger cancer growth, as well as hinder the actions of an enzyme called COX-2, which is involved in the process of prostate cancer. In addition, green tea catechins benefit men who have pre-cancerous prostate lesions, a condition known as prostate intraepithelial neoplasia (PIN), which indicates a high risk of developing prostate cancer.

Catechins in green tea have an ability to treat prostatitis, as was demonstrated in an animal study that compared placebo, catechins, ciprofloxacin, or catechins plus ciprofloxacin. Animals in the catechins-only group showed modest improvements in inflammation and bacterial growth compared with the placebo group, while the combination of catechins and ciprofloxacin resulted in significant improvements.

A newer study of green tea extract and prostatitis revealed that in rat models of chronic prostatitis, the use of nanocatechins (catechins modified using nanotechnology) resulted in more effective anti-inflammatory and antibacterial effects than unmodified catechins. Research indicates that drinking two to three cups of green tea daily may be beneficial.

Green tea has shown a number of health benefits for men with BPH who want to restore their prostate health. Overall, the catechins in green tea have demonstrated the ability to kill certain bacteria and viruses and enhance the immune system. The antioxidants in green tea also appear to contribute to its ability to reduce levels of dihydrotestosterone (DHT), a hormone that increases a man’s risk of developing BPH.

A study conducted by researchers at Winthrop University Hospital in Garden City, New York, evaluated the impact of a green and black tea mixture on lower urinary tract symptoms (LUTS), which are characteristic of men with an enlarged prostate. The 46 men in the study were given either a placebo or the tea mixture (500 mg or 1000 mg) daily for 12 weeks. The authors found that men who had taken the tea mixture showed an improvement in LUTS (including improved urinary flow and reduced inflammation) and quality of life in as little as six weeks when compared with placebo.

In a recent (2016) study, researchers explored the impact of catechins in metabolic syndrome rats. They found that EGCG “significantly decreased” levels of factors such as glucose, total cholesterol, and inflammatory substances, and “exert anti-BPH activities” in rats with metabolic syndrome.

Green tea has also inhibited the growth of the bacteria Escherichia coli, which are the main organism that causes urinary tract infections. In a lab study, green tea extracts completely inhibited E. coli growth after 5 to 7 hours, and had a synergistic effect when used along with antibiotics, including amikacin and sulfamethoxazole.

Generally, two or more cups of green tea daily are often recommended for prostate conditions. Green tea extract supplements are an option and should be taken as indicated on the label or with the advice of a healthcare provider. A suggested dose is 500 mg daily.