Home » How to get your estrogen back with benefits 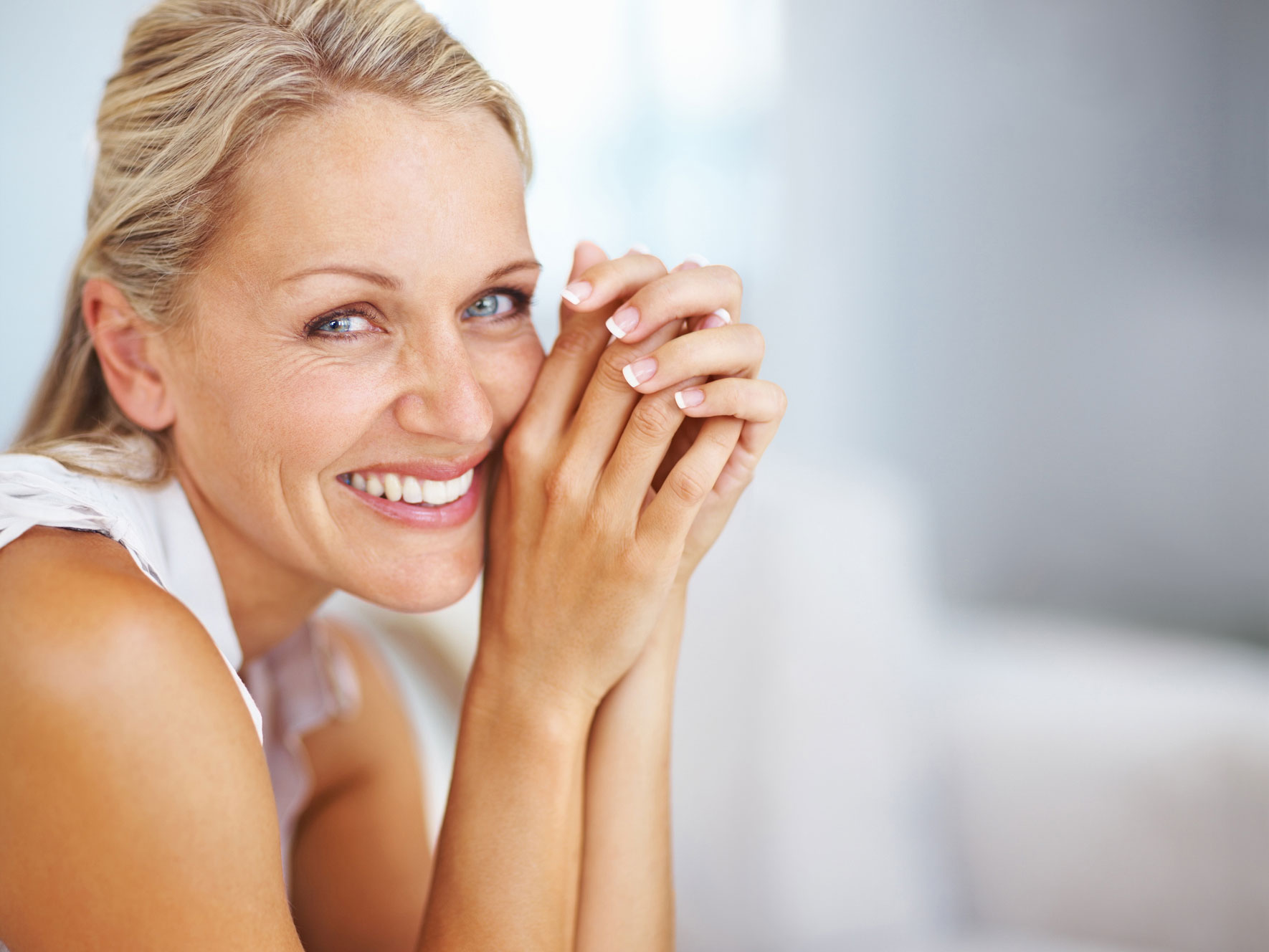 If you’re a perimenopausal woman wondering if you should be using hormone replacement therapy, you might like to know that since 2002, there is increasing new evidence regarding its overwhelming health benefits. And those benefits are supported by peer-reviewed scientific literature.

But benefits and risks vary depending on how you’re getting your hormones.

Let’s look at these benefits and any potential risks, and how you can get started feeling better by improving your hormone levels.

Make no mistake, the science is very clear: topical estrogen from natural sources applied topically is not the same as synthetic estrogen pills.

You may be aware of synthetic conjugated estrogen, with brand names such as Premarin, Cenestin, and Enjuvia. These conjugated estrogens are prescribed to treat moderate to severe vasomotor symptoms (such as hot flashes/flushes) and vulvar/vaginal atrophy due to menopause.

They have been created in a laboratory and therefore are not metabolized by your body as do naturally derived medicines. This is thought to happen because humans don’t have the enzymes for proper metabolism of molecules that don’t occur naturally.

In fact, it is recommended that you take conjugated (synthetic) estrogen at the “lowest effective dose and for the shortest duration” for safety’s sake.

And doctors know that We know from the Women’s Health Initiative 2009 and 2010 reports in the New England Journal of Medicine that women who take synthetic, chemically modified prescription hormones for extended periods of time have an increased incidence of breast cancer, heart attack and stroke, and pulmonary embolism. We also know that conjugated estrogens do not prevent dementia, but rather, they increase your risk of this.

Natural estrogens that are made in a woman’s body are called estrone (E1), estradiol (E2), and estriol (E3). These are also made in nature (plants) and can be mixed into creams for therapeutic dosing.

Unlike applying these hormones to your skin, taking even natural estrogen by mouth carries some health risks. It is thought that because when you swallow them, they get absorbed by your intestines, pass immediately via the portal vein to your liver for detoxification and this can produce unnatural metabolites.

It is not so with creams, which absorb directly into your bloodstream and then go to target organs where they need to be. There is no question that Estriol (E3) and estradiol (E2) cream or troche (mouth lozenge) are better for you than conjugated estrogens taken as pills.

Let’s look at the reasons why a peri-menopausal woman would want to consider taking bio-identical hormone replacement therapy (BHRT).

First off, symptoms of menopause can be quite annoying and are effectively reversed using BHRT. Those symptoms include the following:

Estriol (E3) naturally converts to estradiol (E2) in your body. The great news is that natural transdermal estrogens E3 and E2 work well for reducing menopausal symptoms — so you don’t have to worry about the health risks that would come if you took conjugated synthetic estrogen pills for this.

A study using estriol therapy that was reported in the November 1987 Hormone and Metabolic Research showed that it reduced menopausal symptoms in 92% of subjects, and completely eliminated hot flashes and sweating in 71% of the subjects. It completely eliminated depressed moods in 24% and this was reduced in severity for another 33%. It also reduced headaches by two-thirds and skin improved in some of the subjects. And there were no significant side effects reported.

Not only can you reverse these symptoms, but there are also some important long-term health benefits to know about. Let me give you an overview of these.

Animal and human studies show that transdermal estrogen replacement therapy, when started before menopause, decreases memory loss in older age.  In the Italian Longitudinal Study on Aging reported in 1998, researchers found that among the 2,816 women aged 65 to 84 years who were followed, the rate of Alzheimer’s disease was only four times fewer among estrogen users compared with the general female population of the same age and with multiple other risk factors.

Even if estrogen replacement is started after the onset of menopause, it delays, Alzheimer’s dementia onset, according to a study reported in a 1996 Lancet article.

Among the 156 women in the study, there were 60% fewer cases and onset was delayed compared with women who did not take estrogen… with even fewer cases among the women who had used estrogen longer than a year.

Transdermal estrogen lowers bad cholesterol (LDL) and raises good cholesterol (HDL). Moreover, coronary artery spasm (this precipitates a heart attack by squeezing down areas of the heart arteries where there is already atherosclerotic plaque), is decreased with the use of estrogen and also estrogen + progesterone.

Did you know that topical estrogen combined with nutrients (such as Hyaluronic Acid, Vitamin C, and other nutraceuticals) can be used topically on your face to improve your skin quality? A 2007 study found that topical estrogen helps increase skin collagen which may improve postmenopausal facial skin.