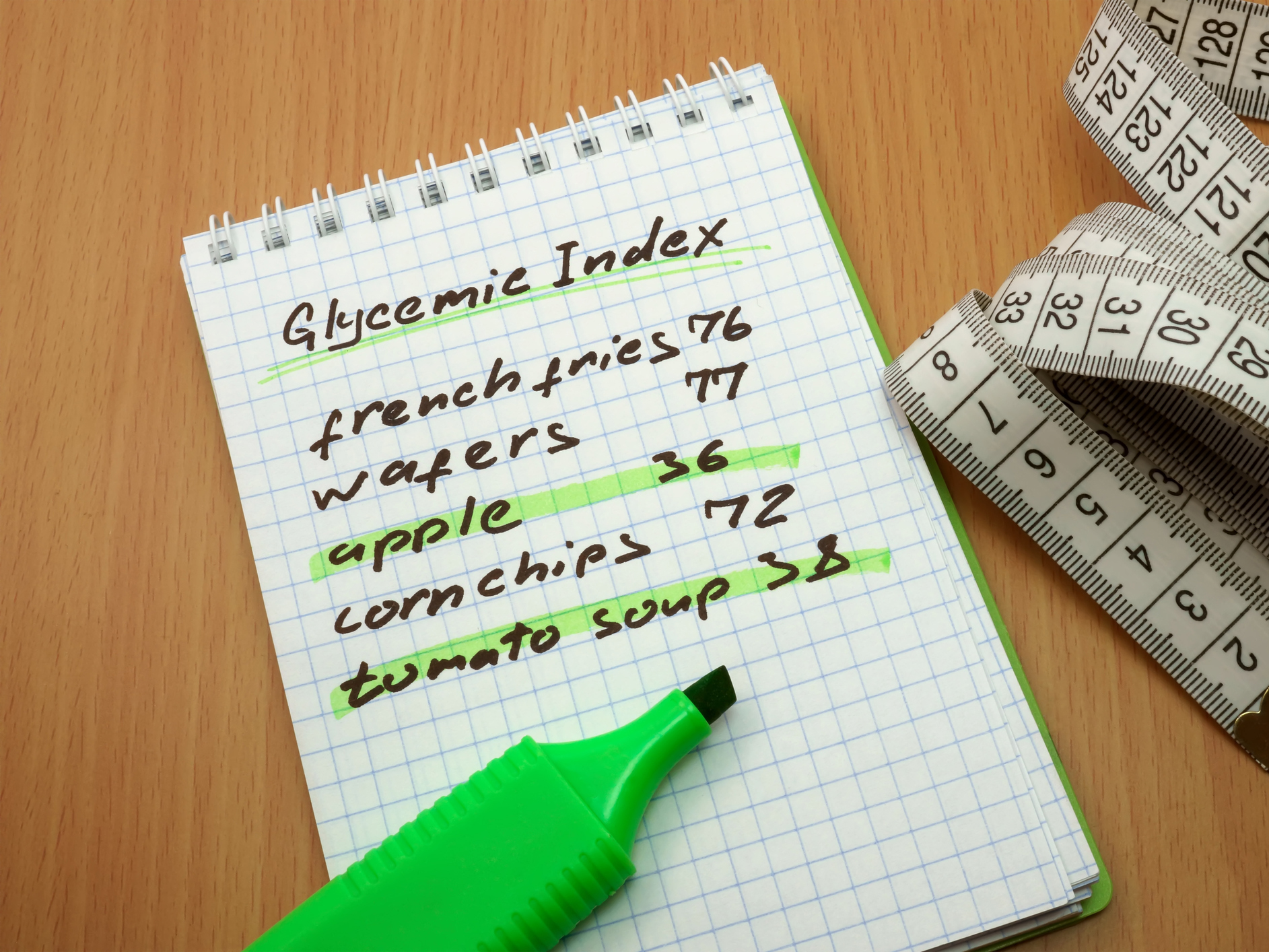 When people hear mention of the glycemic index, they often think about measuring carbs.

But in my last post, I hope I made it clear that the glycemic index is also about measuring disease risk.

That’s because insulin, produced and excreted from your pancreas, is the all-important hormone for each cell of your body; it is the “key” that opens the gate (on the cell membrane) for glucose to enter.

In addition to causing sugar to enter the cell for energy production, it also stimulates your liver to store glucose (as glycogen).

What’s so bad about these repeated insulin surges?

The repeated insulin surges lead to insulin resistance (insulin stops being effective). What happens to blood sugar in this case? It remains elevated in the bloodstream — a condition known as diabetes.

Insulin resistance, therefore, is the main problem behind metabolic syndrome — a cluster of conditions that increase your risk for many other diseases.

The Glycemic Index (GI) gives a number value to foods relative to glucose itself, which is 100 on the GI scale. It ranks food as to how quickly they get absorbed across your intestinal wall and into your blood. As a general rule:

Here are some examples of foods and their GI score:

You will find it interesting to see the GI of many other foods listed on the Harvard Health website.

Note that foods high on the glycemic index (GI) not only produce more sugar in your bloodstream, but they are low in fiber and micronutrients.

Advantages of a low-glycemic diet

People dieting on a Low-GI diet had many advantages over those on a high-GI diet even though both groups lost the same amount of weight:

Furthermore, in a crossover study of two groups of men who spent equal time on a low-glycemic diet as they did a high-glycemic diet, there was equal weight loss, but the low-GI diet period resulted in greater fat loss and lower waist circumference compared to their high-GI diet period.

Now when you add in a high fiber component to the diet, you have even more benefits — and we’ll talk about that in my next article.