Home » Is “no sweat” exercise the magic bullet of the future? 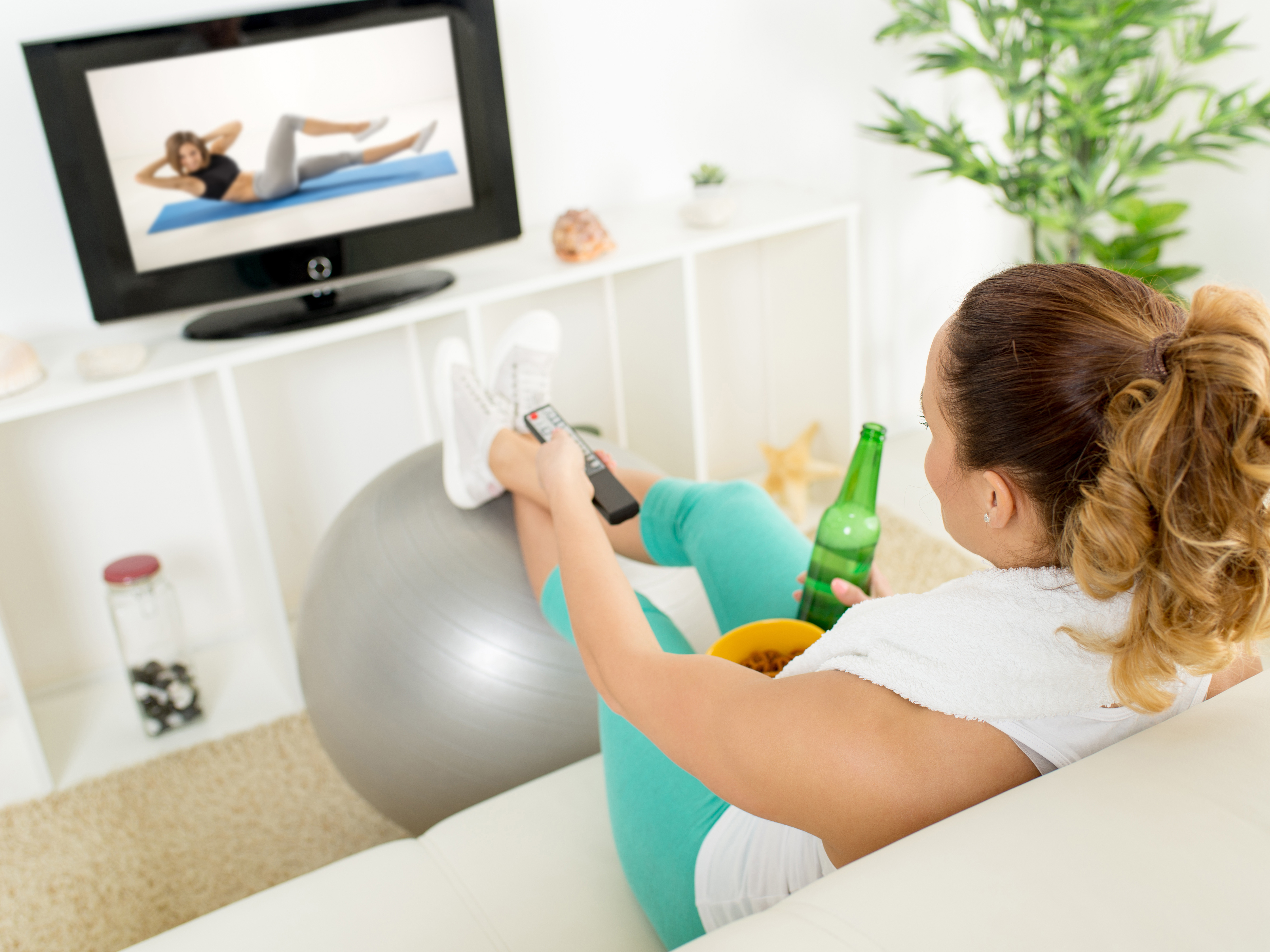 Scientists have long sought cures for the world’s most deadly and debilitating diseases. At one time, rubella, smallpox, chicken pox, diphtheria, malaria, measles, polio, tetanus, and others threatened our lives. Today, because of scientific breakthroughs, they are almost unheard of. This is the science I like.

The other side finds a science that enables the ill to not change their life choice and, in fact, become co-dependent with their illness to reap financial gain. This segment gives people “an out” to not have to watch their diet, or exercise, or stretch. I am referring to those magic pills that help one lose weight, to reduce muscle tightness, to manage the symptoms of diabetes and heart disease — which are but affluent diseases of those who’d rather live a sedentary lifestyle and eat rich foods high in sugar and chemical additives, than alter their lifestyle to reduce then prevent such diseases.

And now, a scientific breakthrough will allow people to remain sedentary — to not exercise — because a pill is in development that mimics the biochemical effects of exercise in the body.

Imagine a pill that could allow you to be sedentary, and still get into shape. Imagine a time when no more sit-ups or pushups or aerobic workouts will be necessary to trigger the same biochemical responses in your body. Well, that time is on the horizon with new research gaining ground on an ‘exercise pill.’ researchers have recently published a major breakthrough: They have created a blueprint of the molecular reactions to exercise and are working toward a pill that does just that.

This just can’t be good. Or can it?

Researchers from the University of Sydney and the University of Copenhagen used mass spectrometry to study the protein changes in skeletal muscle after exercise. To do this they recruited untrained healthy males and took a muscle biopsy before exercise and another after a “single high intensity exercise bout.” The men rode a stationary bike as hard and as fast as they could for 10 minutes.

The study, published in Cell Metabolism, presented their finding of “1,004 unique exercise-regulated phosphosites on 562 proteins.” This is important because most of the kinases and substrates (including AMPK, PKA, CaMK, MAPK, mTOR), have not previously been implicated in exercise signaling. Researchers then carried out research methods to help them predict exercise-regulated AMPK substrates.

The identification of the specific substrates are important to this study — and the development of an exercise pill–because kinases are known generally as they key regulators of cell function and aid in the activity, localization and overall function of proteins and orchestrate cellular process functions.

AMPK is found inside every cell and serves as your body’s “master regulating switch.” It determines body fat composition, which helps determine longevity by controlling risk of obesity, diabetes, and heart disease.

When we’re young and active the body regulates AMPk activation and we remain preventive of high-risk diseases. However, as we age we tend to over eat while becoming more sedentary. What happens is that the bad dietary and exercise habits acquired as we age lead to reduces the activity of AMPK, which then cannot efficiently regulate fat, leading to weight gain, obesity, diabetes, heart disease and premature death.

With the first ever exercise blueprint in hand, researchers hope within 10 years to have a pill that will mimic the ‘most important’ biochemical reactions that result from exercise… so that people don’t have to exercise to gain its benefit.

The scientists hope that an ‘exercise drug’ could have major positive effects for the elderly and the obese, and those who have type ii diabetes and cardiovascular disease. They could simply take the drug and gain the benefits of exercise and thereby, it is assumed, become healthier, fit and less ill.

But can a drug really do this? And if it can, is it healthy to allow people to laze or sit working and not worry about getting up and moving and eating whole, fresh foods?

My first reaction to this is that it is just ridiculous. We have seen that diet pills and meds for other preventable diseases do not work to change people’s lives for the better in healthy and natural ways. Is it really better to say don’t worry about what you eat and how much you move, because we’ll sell you a drug that makes you dependent on the drug companies to reverse or manage your cellular function? I mean, how about more messages about eating healthier and getting up to exercise, and saying no to sugar and transfats and hydrogenated oils and yes to walking and whole foods?

On the other hand, for the truly infirmed, the elderly, and those with physical handicaps, such a breakthrough could change their lives in immeasurable ways.

The rub is that the researchers noted because no single drug could safely deliver 1,004 effects, such as they uncovered, they will have to identify the most significant biological changes before they can start to create a drug.

I am not as hopeful this plan will work. After all, after decades of use and billions spent on supplements, it was discovered they don’t work as promised. That is, taking the vitamin C or key elements from an apple and putting them into supplement form, actually does not do the same for your body as eating the whole apple (which by the way contains a muscle-boosting compound). Why? Because they discovered something called phytonutrients, that help orchestrate all the vitamins and nutrients in naturally grown fruits and vegetables, that — when removed in the process of making supplements — make active the components less, well, active.

The whole is greater than the parts. In the case of an exercise drug, I believe ALL of the 1,004 components are needed — especially sweating and the movement of blood — to make one healthy, not just “the most important” ones or “mimicking” the biochemical end-result of exercising.

Time will tell. And while we’re waiting to see what happens with all this… why not go for a brisk walk and eat a fresh piece of fruit.