Home » Rock your way to better sleep and improved memory 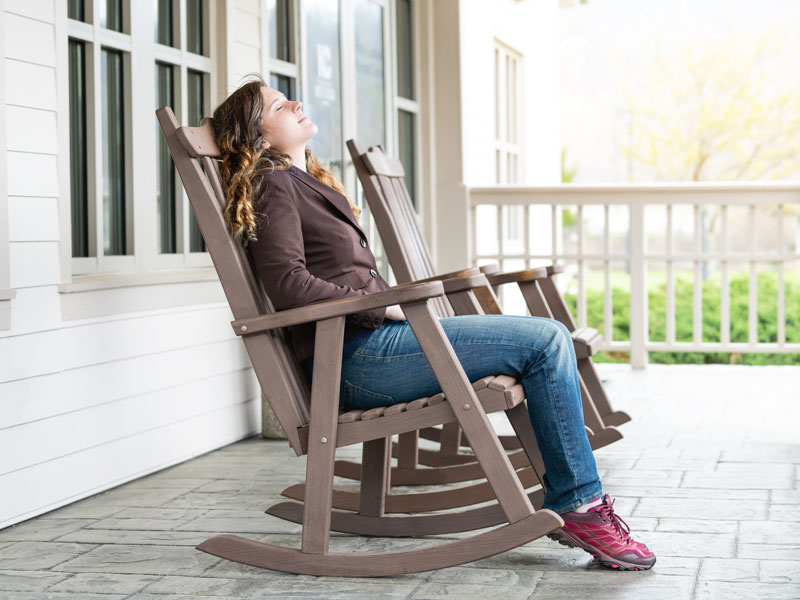 When my kids were little, the only way they would fall asleep was if I sat and rocked them. And, if they woke up during the night, a few minutes of that back and forth motion and they were back sleeping well, like a baby. Sometimes that rocking was enough to put me to sleep as well and we would both wake up in the morning, still in that rocking chair.

Now, a new study is proving that you don’t have to be a small child to get the benefits that come with rocking…

The study, reported in Current Biology was performed at the University of Geneva in Switzerland and it wasn’t the team’s first rodeo when it came to studying what rocking can do for you.

Previously, they discovered that continuous swaying during a 45-minute nap helped people fall asleep faster and sleep more soundly. In the new study, they wanted to explore the effects of rocking on sleep, how it affects your brain waves throughout the night and whether it could lead to improvements in your memory.

The researchers enlisted healthy young adults to undergo sleep monitoring in the lab for three nights. The first night was just to get acclimated while the next two were spent either sleeping on a gently swaying bed and or on an identical bed that wasn’t moving.

And not only did the participants fall asleep faster while rocking, once asleep, they also spent more time in non-rapid eye movement sleep (the sleep where your brain waves slow down and you actually get the rest you need), slept deeper and woke up less.

“Having a good night’s sleep means falling asleep rapidly and then staying asleep during the whole night,” said Laurence Bayer of the University of Geneva, Switzerland. “Our volunteers — even if they were all good sleepers — fell asleep more rapidly when rocked and had longer periods of deeper sleep associated with fewer arousals during the night. We thus show that rocking is good for sleep.”

And, that was not the end of the benefits associated with rocking…

To see how that better sleep influenced memory the researchers then had the participants study word pairs and then measured their accuracy in recalling them.

Once again, rocking was the clear winner: They found that people did better on the memory tests when they were rocked during sleep.

The researchers even figured out why rocking makes such a difference.

They discovered that swaying affects your brain oscillations during sleep. As a result, a continuous rocking motion can help synchronize the neural activity in the thalamocortical networks of the brain, which plays an important role in both sleep and memory consolidation (the process of moving memories from short-term to long-term storage).

So, if you want to fall asleep faster and get deeper, better sleep, try rocking. You could try a hammock, purchase a bed that rocks, or retrofit a rocking solution sold online to your current bed frame. It’s not just for babies anymore.