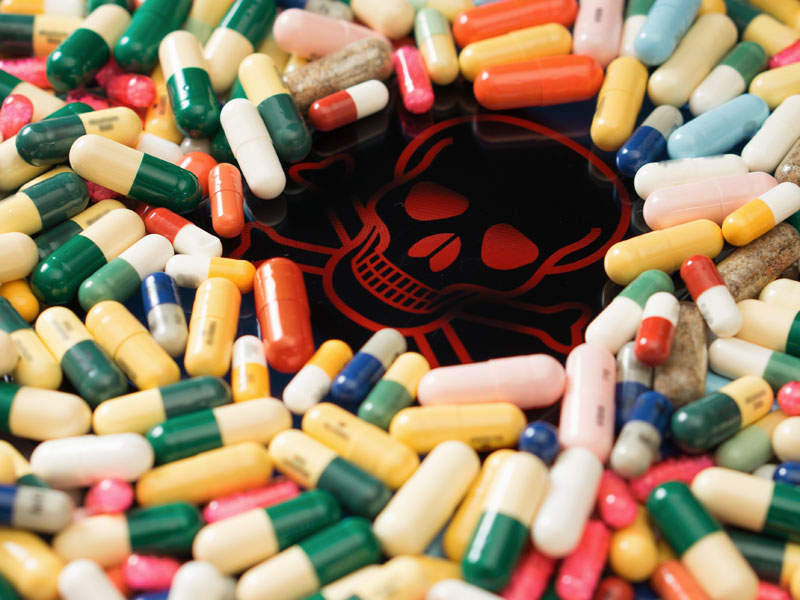 There was a time when taking medication was pretty straightforward.

Your doctor wrote you a prescription, you filled it and began taking your meds. It would never have crossed your mind that there was poison in your pills.

Sadly, those days are gone.

Last September, I told you about a string of drug recalls due to “human error” that allowed the wrong drugs, as well as foreign particles, to make their way into medications for asthma, depression and high blood pressure.

Now, just this month, we’re hearing about yet another drug recall involving a particular class of hypertension medication.

And to add insult to injury, it’s become crystal clear that the FDA is in no way invested in protecting us.

Just how many poisons ARE in your blood pressure meds?

In November, I told you about two Big Pharma companies recalling their blood pressure meds because they contained a known carcinogen called N-Nitrosodimethylamine, or NDEA for short.

At that time, the FDA was quick to note that the drug recalls only involved batches with more than the “acceptable interim intake limit” of NDEA. Is any amount of a poison “acceptable?”

And it still doesn’t end.

Now there’s a poison with an even longer name: N-Nitroso-N-methyl-4-aminobutyric acid, or NMBA for short.

On March 1, the FDA released a statement “updating the public on their ongoing investigation” of angiotensin receptor blockers (ARBs) prescribed for hypertension, which contain either valsartan, losartan or irbesartan.

Camber Pharmaceuticals recalled 87 lots of losartan tablets when they were found to contain “trace amounts” of NMBA, a known carcinogen in both humans and animals.

The final addition to the alphabet soup of poisons in blood pressure meds is N-nitrosodimethylamine, or NDMA. It, too, has been found in hypertension pills, in particular those containing the drug valsartan.

The FDA assures us that “the increased risk of cancer to patients with NMBA exposure appears to be the same for NDMA exposure but less than the risk from NDEA exposure.

I guess what they’re saying is, pick your poison.

According to Scott Gottlieb, FDA commissioner, “Our ongoing effort has determined that the impurities may be generated by specific chemical reactions in the manufacturing process of the drug’s active pharmaceutical ingredients.”

A known dangerous ingredient is one thing. But chemical reactions that create carcinogenic impurities during the manufacturing process?

Drug manufacturers are compelled to report such instances. There’s just one big glitch with that plan…

“Obviously, if they’re not looking for it, they don’t really know that it’s occurring,” said Maisha Kelly Freeman, a professor and director of Samford University’s Center for Healthcare Innovation and Patient Outcomes Research. That’s just what happened in the case of the tainted ARBs.

“Before they found this particular compound, they didn’t even know there could be a chemical reaction that could produce the compound,” she said.

In other words, if they don’t know the chemicals used can come together to create a carcinogenic compound, how do they know to look for it?

During the prior drug recalls just months earlier, the FDA warned of resulting drug shortages, as manufactures attempt to ensure they can safely make these medicines without containing carcinogenic impurities.

They also advise that you don’t stop taking your medicines without the advice of your doctor.

That said, there are other ways you can try to keep your blood pressure manageable, including these:

Editor’s note: Hypertension is a Silent Killer. But you can discover natural, effective ways to stop this disease in its tracks and avoid heart attack, heart disease and stroke in Dr. Mark Wiley’s eBook, Natural Ways to Reverse and Prevent Hypertension. Plus, learn the 7 SIGNS indicating you could be at increased risk!  Click here to get it for only $9.95 today!