Home » Scoliosis: How yoga can help 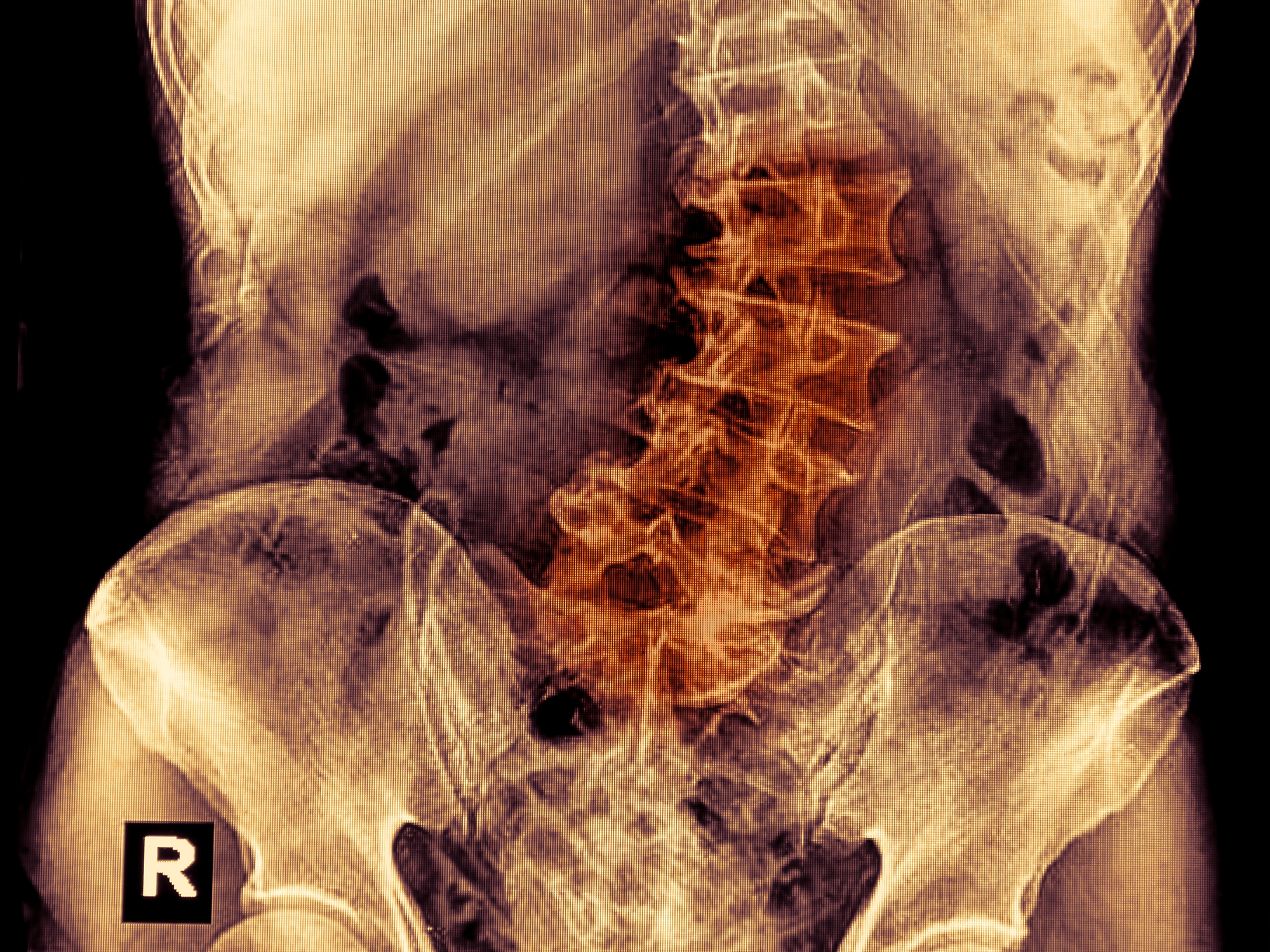 It causes the spinal column to curve (rather than grow vertically), which causes an asymmetrical posture.

In decades past, diseases like polio and tuberculosis were among the biological causes of scoliosis. These days, because of medical advances in preventing those diseases, about 80% of cases are categorized as “idiopathic” (meaning without a “known” cause). And while mainstream medicine has not been all that successful in correcting this condition, new research shines a very positive light on a single yoga pose that is shown to make great strides in correcting this spinal disorder.

Scoliosis is a disorder of the spine, where it curves to one side. As WebMD defines, “The angle of the curve may be small, large or somewhere in between. But anything that measures more than 10 degrees is considered scoliosis. Doctors may use the letters “C” and “S” to describe the curve of the backbone.”

Scoliosis begins in childhood, often between the ages of 10 and 15, in both boys and girls. However, over time scoliosis in girls is eight-times more likely to progress to a spinal curvature that requires medical treatment.

The most common medical treatment for scoliosis is wearing back braces for most of the day all through childhood to help straighten the spine. Physical exercises are also done for about 30 minutes per day, every day, for life. And in extreme cases, surgery is performed to help correct the problem. Unfortunately, the results are inconsistent and lackluster.

But here is an area where scientific medicine can assuredly look back to ancient yogic physical culture and introduce and adopt the “Side Plank” pose for promising, non-invasive correction of the spinal curve…

Yoga for idiopathic and degenerative scoliosis

Scoliosis is an asymmetrical condition. In a study published in the Global Advances in Health and Medicine, researchers looked to assess the effectiveness of “asymmetrical strengthening of truncal muscles on the convex side of the scoliotic curve through a single yoga pose, the side plank pose, in idiopathic and degenerative scoliosis.” It is a strategy of using an imbalanced strengthening pose to correct an imbalanced spinal curvature. Rather brilliant, I think.

For the study 25 participants with scoliosis (curvature between 6-120 degrees), were taught the yoga side plank. I’ve previously written about the side plank and included a video you can follow along with here.

Spinal radiographs were taken prior to the start of side plank study, and additional ones between three and 22 months later. Over the study period, the mean average time of holding the side plank was reported at 1.5 minutes daily on an average of 6.1 days per week, for an average of 6.8 months.

This is positive indeed and should spur more studies and more medical settings to include the yoga side plank pose as a primary method of non-invasive treatment of scoliosis and prevention of its degeneration.