Home » The secret to safe, effective, non-addictive back pain relief 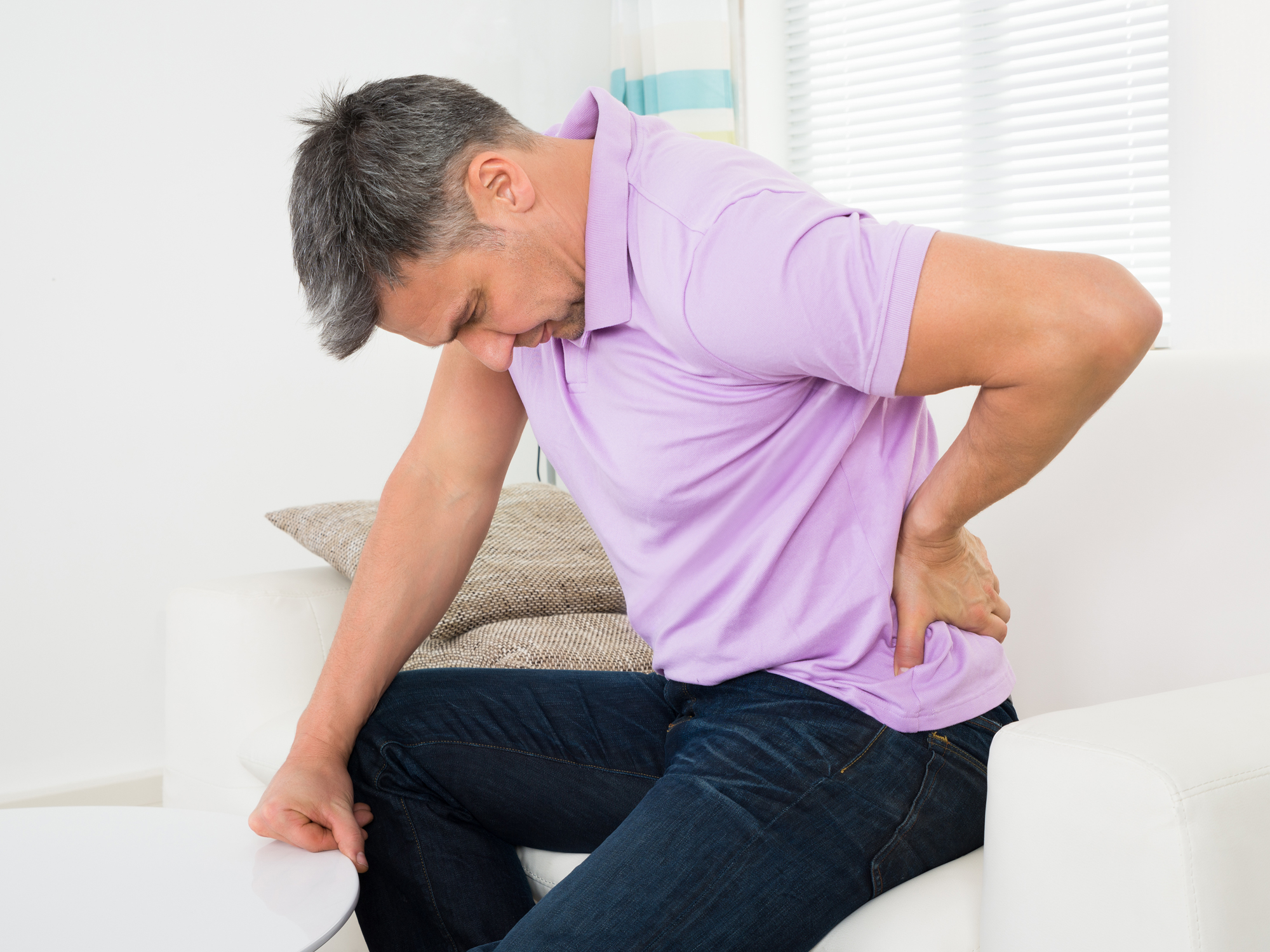 Yesterday, my cousin called me. Her husband had been playing in his softball league and as he was running in toward home plate, he wrenched his back…

The pain was excruciating.

That’s when they made an appointment at his doctor’s office.

Fortunately, the x-rays showed no fractures and a follow-up MRI confirmed no soft tissue damage.

But, my friend was worried — and rightly so.

You see, because her husband was in pain, the doctor sent him home with a prescription for Hydrocodone along with a muscle relaxant and anti-inflammatory.

And, my friend was concerned that the doctor would immediately jump to such a serious, hard-hitting medication (one with potential for addiction) without pursuing other options.

Sadly, this is a common problem.

So common in fact that the United States is facing an addiction crisis like no other in its history — with 64,000 people dying of overdoses in 2016 alone.

While it’s easy to sit back and say those people were simply opioid addicts, many of them started as patients in pain, prescribed drugs like the Hydrocodone my husband was given for his softball injury.

The good news is that there is a safer option… And, I know because I’ve spent a large part of my life on it.

That’s because I graduated as a Doctor of Chiropractic back in 1999 and began seeing patients in my own private practice in 2000. And, I’ve seen firsthand the amazing results chiropractic care delivers — from patients who could barely walk leaving my clinic standing upright to ones who were scheduled for surgery calling to cancel because they were out of pain.

And, scientific studies back it up…

A recent study published in the Journal of Alternative and Complementary Medicine found that there was a 55 percent reduced likelihood of people filling a prescription for opioids (like Hydrocodone) when chiropractic was part of the patient’s care.

Now, I know what you’re thinking…

So, many people worry that once they start chiropractic care they won’t ever be able to stop but that’s simply not true.

In fact, that same study found that there was a 78 percent reduction in charges for clinical services related to that treatment. In other words — it cost less to get chiropractic care than care from a medical doctor for the same condition (something that couldn’t happen if you had to keep going forever).

And, multiple studies have shown that not only is chiropractic care effective at relieving both acute and chronic back pain, people who see a chiropractor for their back pain have lower costs of care and shorter episodes of pain than those who seek traditional care (think medical doctor).

So, what should you expect when you see a chiropractor?

On your first visit, you’ll be asked to fill out forms with background information, including your symptoms and health history.

Diagnostic studies like x-rays or MRIs may be ordered if the doctor believes their necessary or they may be requested from your medical doctor if you’ve already had them performed.

At the end of the visit, the chiropractor will explain your diagnosis along with your recommended treatment plan and the length of care required to return you to optimal health.

You may also receive a chiropractic adjustment on your first visit and possibly other treatments including heat, ice, massage, electrical muscle stimulation or ultrasound for inflammation.

To get the most out of your chiropractic care, don’t be afraid to ask questions to be sure you understand your treatment as well as any exercises you should be performing at home to help your care progress more quickly.

Remember, pain is a symptom, not the problem. To get to the real problem, seek chiropractic help rather than pain medication that could be addictive. You’ll get real results without the worry of long-term consequences.