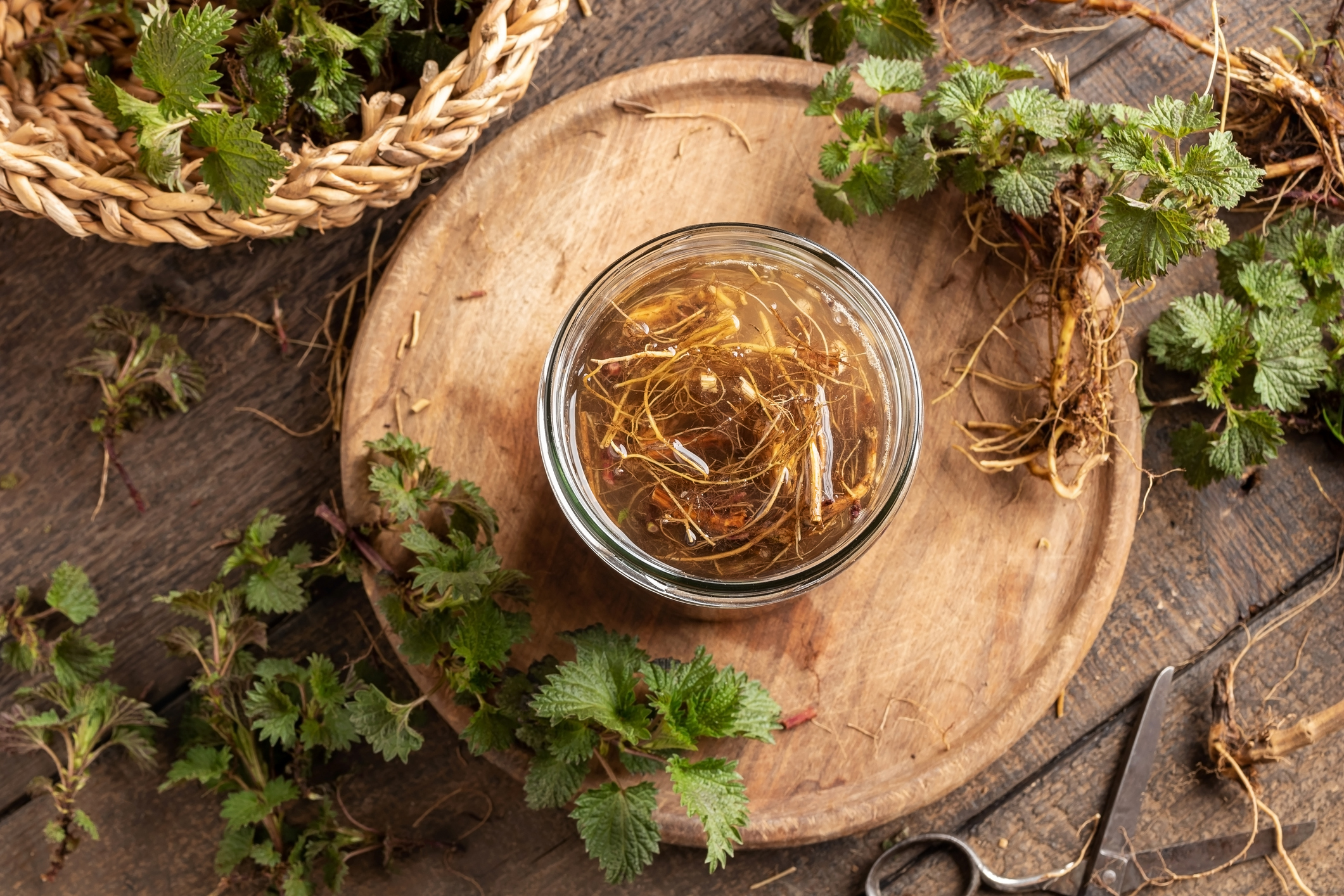 Urinary symptoms are a common problem for men as they age.

Both prostatitis and an enlarged prostate due to benign prostatic hyperplasia (BPH) can greatly affect a man’s quality of life.

Luckily, there is an herb that has long been used to relieve urinary tract and prostate problems. The name may sound harsh, but stinging nettle for prostate health has many benefits such as many anti-inflammatory and diuretic properties…

A number of studies have found stinging nettle root (Urtica dioica) to be effective at promoting normal prostate size and relieving the urinary symptoms associated with an enlarged and aging prostate. Common symptoms of BPH may include urinary frequency, incontinence, urination at night, not being able to empty the bladder completely, waiting for the stream to begin, and a urinary stream that starts and stops. Stinging nettle also works well with other natural therapies that have prostate health benefits, such as saw palmetto.

Another study that compared patients who had early stages of BPH was a randomized, double-blind study that took place in multiple centers and evaluated 543 patients. The men received either the drug Proscar (finasteride), which is a 5-alpha-reducatase inhibitor, or a fixed combination of stinging nettle root and saw palmetto extract.

The study lasted 24 weeks. After that, both groups had similar improvements in the size of their prostate and in their values on the International Prostate System Score. But the singing nettle and saw palmetto combination was much better tolerated than the Proscar group. Proscar side effects can be pretty bad and may include long-term sexual dysfunction.

In fact, one reason to consider effective natural therapies such as stinging nettle and saw palmetto is that popular BPH drugs can cause erectile dysfunction and other negative side effects, while the natural supplements do not. These are just some of the reasons that stinging nettle root is one of the top supplements for enlarged prostate.

Chronic bacterial prostatitis can be frustrating to treat. Men may go through several rounds of antibiotics, and the symptoms can come and go for many months, lasting at least three months. Common symptoms may include groin or back pain, pain or burning when urinating, and difficulty urinating. The best way to treat this condition is a multimodal approach that may include traditional therapies with natural therapies.

A study at the University of Florence compared treatments in men with chronic bacterial prostatitis. A control group took just an antibiotic while the other group took the antibiotic along with a daily formula that contained stinging nettle with some other natural therapies such as turmeric, saw palmetto and quercetin. After a month of treatment, almost 90 percent of the men who took the formula containing stinging nettle had their prostatitis symptoms disappear compared to 27 percent of the control group that took only an antibiotic.

The results were long-lasting. Not only did the stinging nettle herbal combination improve symptoms after a month, but all the members of the group that took stinging nettle formula were still symptom-free six months later compared to two patients in the group that took only an antibiotic. It is important to note that quercetin should not be used with certain antibiotics such as fluoroquinolones. Make sure your healthcare provider oversees your treatment program for chronic bacterial prostatitis and does not have you take quercetin and antibiotics at the same time.

How To Get Stinging Nettle

You can buy stinging nettle as a single-ingredient herb; but it seems to be most effective when combined with other natural therapies such as turmeric, quercetin and saw palmetto.

Talk to your doctor before starting stinging nettle or other therapies. Occasional side effects may include rash, fluid retention and an upset stomach.