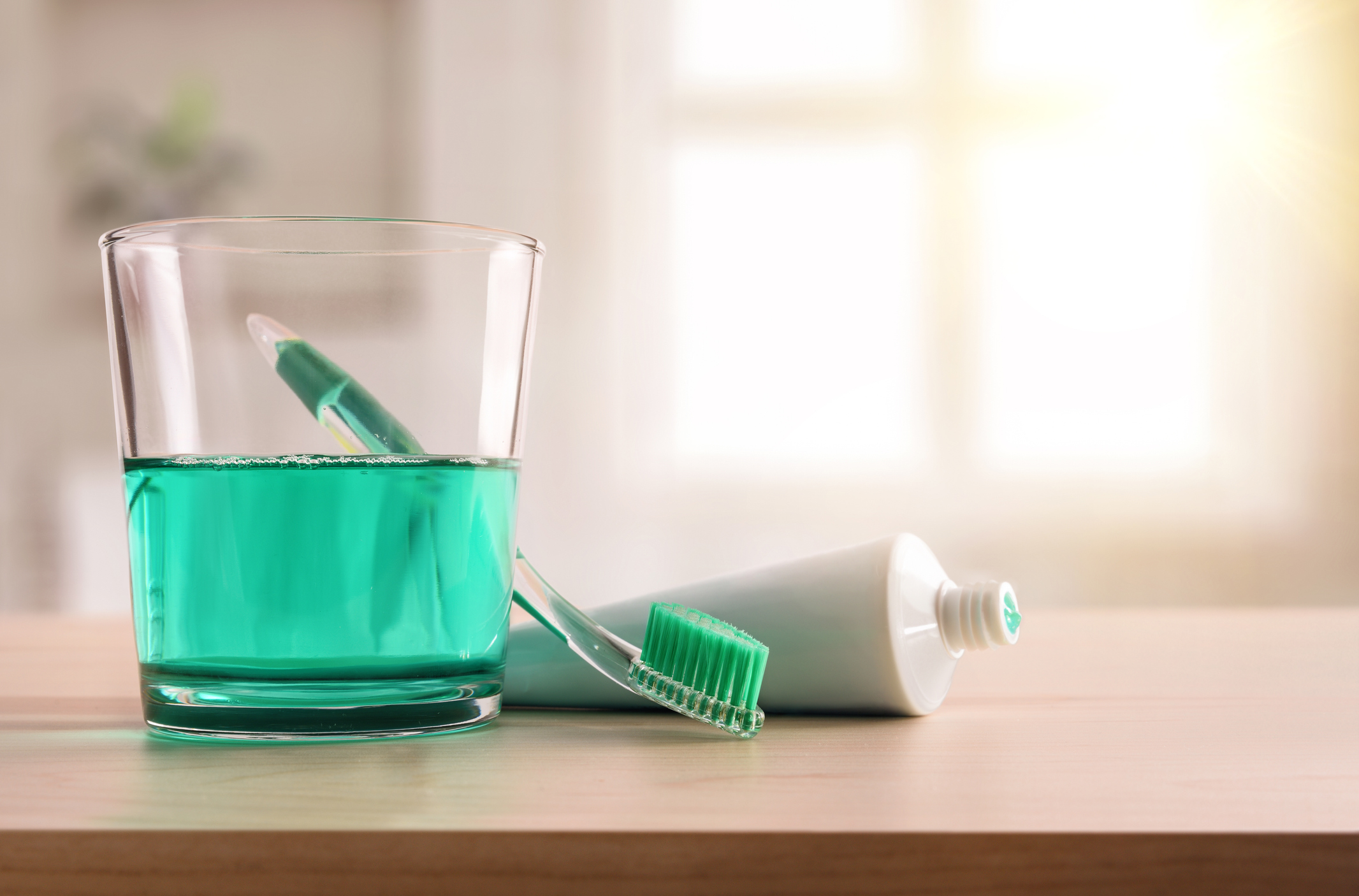 Knowing this, scientists have tested oral rinses and discovered that certain oral antiseptics and mouthwashes could inactivate human coronaviruses — including SARS-CoV-2. But these studies were conducted before variants of SARS-CoV-2 appeared on the scene.

Now that there are multiple variants of SARS-CoV-2, investigators in Japan decided to see how antimicrobial mouthwashes may affect them. What they discovered is encouraging…

The impact of mouthwash on SARS-CoV-2 variants

“Viral load” became an indicator not only of how infectious someone may be but also correlated to severity of infection according to research during the pandemic, so it makes sense that researchers looked for ways to tackle that issue.

Commercially available mouthwashes include several antibiotic and antiviral components that combat microorganisms in the mouth. One of these components, cetylpyridinium chloride (CPC), has demonstrated the ability to reduce the viral load of SARS-CoV-2 in the mouth. It does this mainly by disrupting the lipid membrane surrounding the virus, sort of like puncturing a water balloon. There are other chemicals with similar effects. But CPC has the advantage of being odorless and tasteless.

Researchers at Hokkaido University wanted to study the effect of CPC in Japanese mouthwashes, which tend to contain a fraction of the CPC found in previously tested mouthwashes. So they tested the effects of CPC on cell cultures that express a certain protein (TMPRSS2) that SARS-CoV-2 requires to enter our cells.

The study tested both CPC alone and mouthwashes containing CPC against four specific strains of SARS-CoV-2: alpha, beta, gamma and the original strain. Results showed that applying 30 to 50 micrograms per milliliter of CPC inhibited the ability of SARS-CoV-2 to enter and infect cells within 10 minutes. Also, a CPC concentration of 40 micrograms per milliliter significantly reduced the amount of virus particles for all four SARS-CoV-2 strains tested.

Interestingly, the mouthwashes with CPC performed better than CPC alone. The effects of CPC were similar across all four SARS-CoV-2 strains, and saliva did not alter the antimicrobial’s effects.

The researchers have already started to assess the effect of CPC-containing oral rinses on viral loads in saliva of COVID-19 patients. A low viral load in saliva could help reduce transmission rate and lessen progression of the disease status.

Even though CPC research in humans is not yet complete, you may want to start using an oral rinse containing CPC to give yourself (and others) added protection from COVID-19. You’ll also be promoting good gum health — and that can have a tremendous impact on your overall well-being.

Studies of CPC rinses have shown reductions ranging from 15 to 24 percent for gingivitis, 27 to 67 percent for bleeding and 16 to 28 percent for plaque when formulated at concentrations of 0.045 to 0.1 percent. Before buying a rinse, take a look at the label to ensure it contains CPC. For instance, Crest makes a CPC rinse available over the counter in the U.S. that has a concentration of 0.07 percent.

Remember to thoroughly brush and floss your teeth before using an oral rinse so that its effectiveness isn’t negated. In fact, if you use fluoride-based toothpaste, dentists recommend waiting at least 30 minutes before using a mouth rinse.

Make sure you use only as much rinse as instructed on the bottle. Many brands come with a measuring cup to ensure you get exactly the right amount. You’ll want to swish it around or gargle for at least 30 seconds to ensure its effectiveness before spitting it out. And you’ll want to spit it out, not swallow — it’s not meant to be ingested.