Home » Vitamin K: The vitamin with a split personality 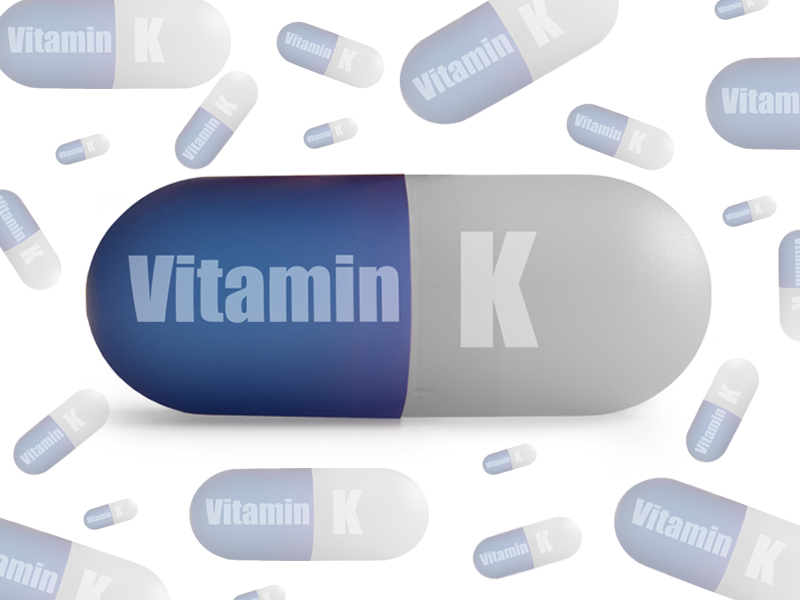 While you may be familiar with well-known micronutrients such as vitamins B and C, there is a vitamin that’s not so common that may be even more important in supporting optimal health…..

Vitamin K is often referred to as one vitamin but it actually refers to a group of fat-soluble vitamins — K1 and K2 — that can help boost very different areas of your health.

And if you’re not getting both Ks, you’ll miss out on some major benefits…

Phylloquinone (K1) is found in green leafy vegetables. Menaquinone (K2) is found in butter, egg yolks, lard and animal-based foods, and can also be produced by your gut bacteria.

One of vitamin K’s roles, in which both K1 and K2 are helpful, is to act as a blood-clotting agent. Without vitamin K, getting a small cut while shaving could turn into a pool of red disaster. And undergoing any kind of surgery, well, that could be life-threatening.

But aside from its important role as a blood-clotting agent, it works in many other ways to keep your body working in tip-top shape…

If you think vitamin D is all you need to healthy strong bones, think again…

K2 benefits bone health because it is helpful as directing calcium to places it’s needed, like bones, and away from places it’s not — which is why it also helps…

Vascular calcification reduces the elasticity of the heart and the arteries, and it’s one of the risk factors connected to coronary heart disease. Vitamin K works its magic by stopping this calcification from occurring…

And if those benefits aren’t enough to encourage you to eat vitamin K-rich foods, you’re going to love the following facts…

And that’s just the tip of the iceberg…

The recommended daily intake of vitamin K is 90μg (micrograms) for women and 120μg for men. But if you take a supplement, you should make sure it contains both K1 and K2.

That’s why I prefer to get my K from food. I load up on plenty of green leafy green vegetables — spinach, kale, collard greens, turnip greens and beet greens to cover K1. And make sure I’m eating eggs (and don’t skip the yolks) because that’s where you’ll find vitamin K2’s nourishing goodness.