Home » What can we do about the microplastics found growing in our fruits and vegetables? 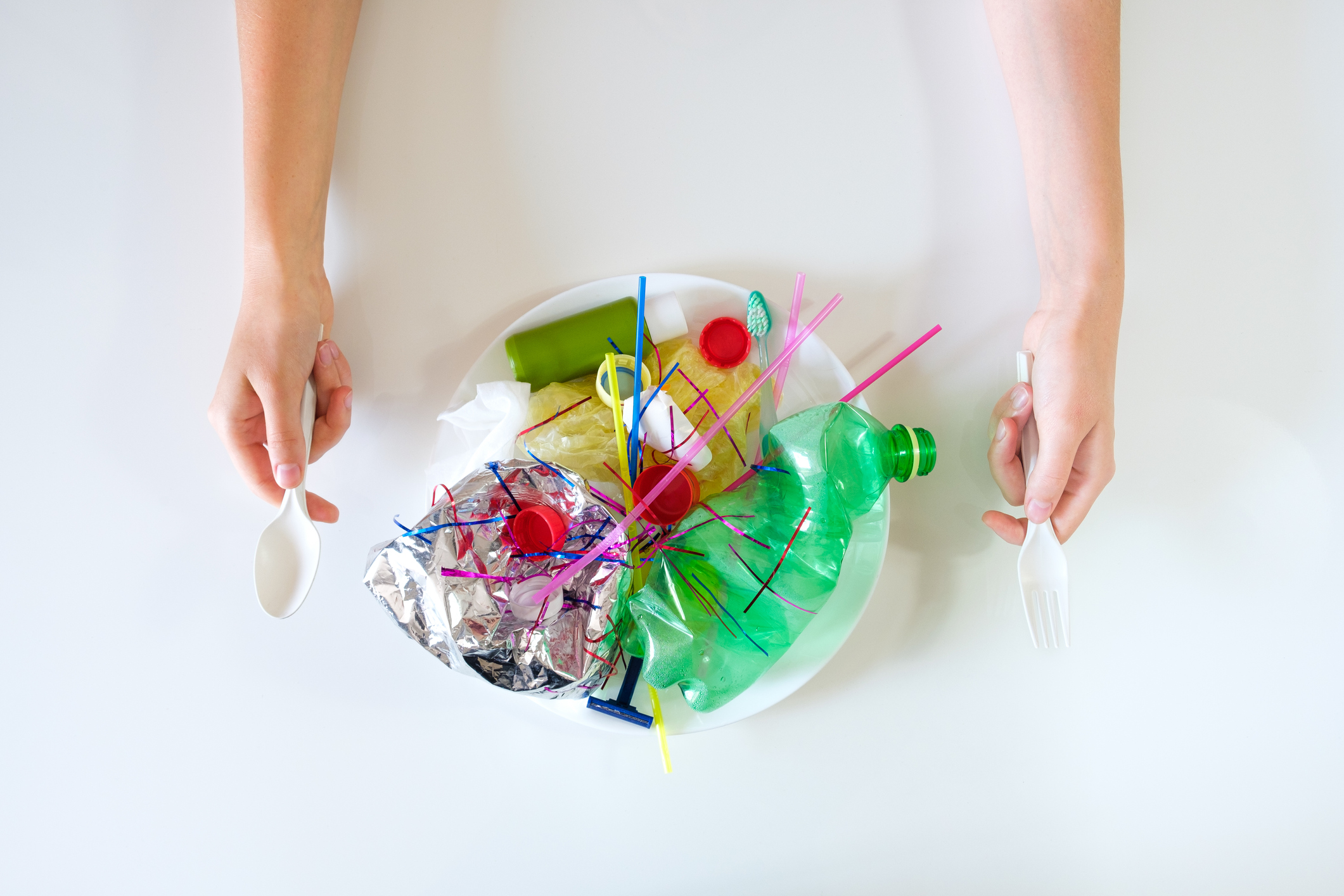 In case you haven’t heard, microplastics are taking over the planet. Scientists are finding them in every nook and cranny of the earth. And it’s kind of scary since microplastics contain BPA, phthalates and other toxins proven to harm human health.

Now, it’s been known for a while that our lakes and oceans are filled with microplastics. That’s because plastic garbage ends up in the earth’s bodies of water, where it eventually gets broken down into microplastics. The microbeads in beauty and personal care products also flow into the water supply from our drains. Once microplastics are in the water, they get absorbed by fish. And since we eat fish, they end up in us.

But new research shows fish aren’t the only food that’s filled with microplastics. They’re also in our vegetables…

A recent study from researchers at the Chinese Academy of Sciences (CAS) found that microplastics are ending up in crops. I mentioned earlier how microplastics get into our bodies of water. But they’re in our soil too. In fact, microplastic pollution on land may be four to 23 times greater than it is in water.

Microplastics end up in soil through a variety of ways, including sewage, which is used as fertilizer on crops. Until recently though, researchers didn’t know whether plants took up microplastics during the growing process. Based on this latest research, it appears they do…

This study showed that microplastics of up to 2 micrometers in size can penetrate plant roots. More specifically, researchers found that microplastics from soil and water enter crops like lettuce and wheat through cracks at the emerging sites of new lateral roots. These microplastics can then be transferred up to the part of the plant we eat.

Now, according to researchers, if microplastics are in our crops, they’re also in our meat and dairy products. So, they’ve basically infiltrated our whole food system. What does that mean for our health?

Unfortunately, it’s still too early to fully understand how microplastics impact human health. The pervasiveness of microplastics is something scientists have really only started to understand for the last decade. But we do know that microplastics contain BPA, phthalates and other toxins that have been shown in many studies to pose a danger to human health, particularly when it comes to our hormones. Studies in fish also show that eating plastic particles leads to liver problems and possibly even tumor development.

Managing the risks of microplastics in our modern world

Unfortunately, this research proves that avoiding microplastics in your food isn’t really an option these days. Typically I’d suggest only consuming organic, locally-produced fruits and vegetables, and though for other reasons, as you’ll read below, I still feel that’s the better option, it won’t help you escape microplastics.

In an Italian study from the University of Catania, Italy, and published in Environmental Research, the produce from local sellers was found to have higher levels of microplastics than the produce bought at supermarkets. Carrots were the most contaminated of the vegetables sampled, and for the fruits, apples were more contaminated with microplastics than pears. There were more microplastics found in the fruits than the vegetables, which researchers think has to do with how older fruit trees have a larger root system than vegetable plants.

The good news is research shows some of the microplastics you’re inevitably consuming in your diet get released from your body in your urine, bile, feces and other bodily fluids and wastes. But research in animals shows some of it can also stick around and accumulate in your bloodstream and organs.

Although you can’t totally avoid them, there are ways to reduce your exposure to microplastics, like not using plastic tea bags and using a reverse osmosis filter that can filter them out of your water. Additionally, stop using plastic food storage containers or plastic dishware and cups. Use glass instead. Try not to buy foods packaged in plastic or store food using plastic wrap.

Of course, you’ll also want to support your body’s natural detoxification abilities by eating an organic diet (this decreases the toxin burden it has to contend with) and exercising regularly (chemicals like BPA have been found in sweat, which means your body may release them this way).