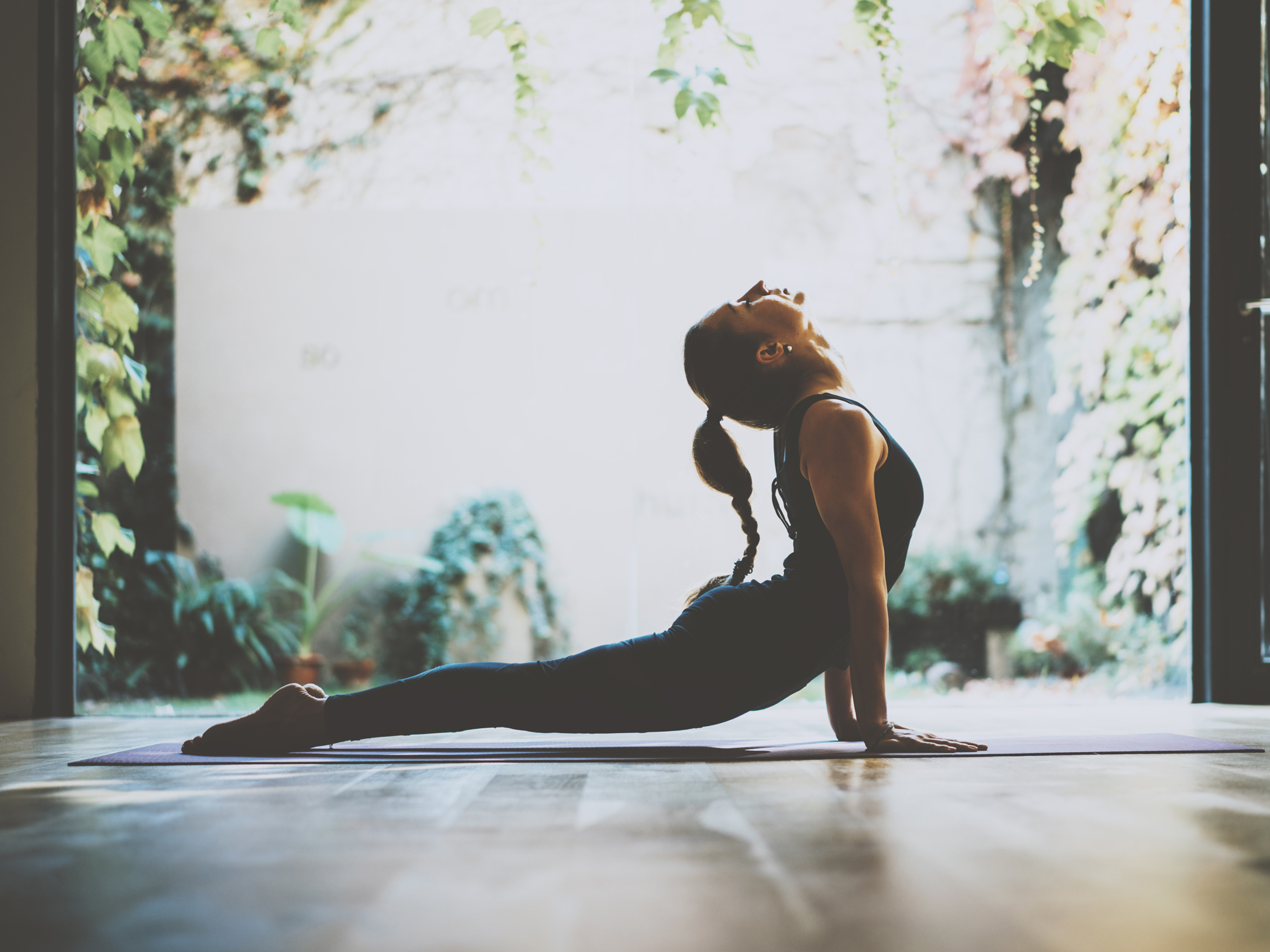 Depression is a dark cloud in the lives of millions of people.

Yoga is a group of ancient Indian practices that includes physical posture, mantra recitation, specific breathing techniques and discipline to effect changes in the body and mind.

So what’s the connection?

Personal experience and several recent studies show the effectiveness of yoga practice on reducing the signs and symptoms of depression.

If you or someone you know suffers from depression, this means you have a natural, safe, side effect-free option to getting your life back…

The National Institute of Mental Health (NIMH) defines depression is “a common but serious mood disorder that causes severe symptoms that affect how you feel, think and handle daily activities, such as sleeping, eating or working.

According to the World Health Organization (WHO), depression affects more than 300 million people worldwide. When left to become chronic, depression can wreck lives. Worse, depression leads to suicide, which causes 800,000 deaths annually.

According to studies presented at the 125th Annual Convention of the American Psychological Association, the practice of yoga lessens the signs and symptoms of depression. Several different studies were presented at the convention on the positive effects of yoga in people suffering depression.

Study 1 — One study included 23 male veterans who two hatha yoga classes a week for eight weeks. The conclusion: “participants with elevated depression scores before the yoga program had a significant reduction in depression symptoms after the eight weeks.”

Study 2 — A study investigated Bikram yoga in 52 women, age 25-45. Over half were to engage in yoga twice per week for eight week, and the other half did not. Depression levels were assessed at start and weeks three, six and nine. The conclusion: “eight weeks of Bikram yoga significantly reduced symptoms of depression compared with the control group.”

Study 3 — Another study also looked at twice-weekly Bikram yoga classes over an eight week period. The conclusion: “Bikram yoga significantly reduced symptoms of depression and improved other secondary measures including quality of life, optimism, and cognitive and physical functioning.”

Several more studies on yoga and depression were also presented at the APA convention.

These studies show that engaging in yoga at least twice per week over an eight week period is a low-cost, non-invasive and natural way to reduce the signs and symptoms of depression. Moreover, the research indicates that yoga is a promising intervention for patients with “chronic, treatment-resistant depression.”

You can follow along with these great yoga videos:

Also, one of my favorite books on the topic is A Teacher’s Guide for Beginning Yoga. This manual of easy but fundamental yoga poses is designed to help students learn the essential postures and preliminary breathing practices of the spiritual discipline of Yoga.

If you suffer from depression, or know someone who does, get involved in yoga. Join a class, watch videos and read books all in an effort to make a shift in your life.