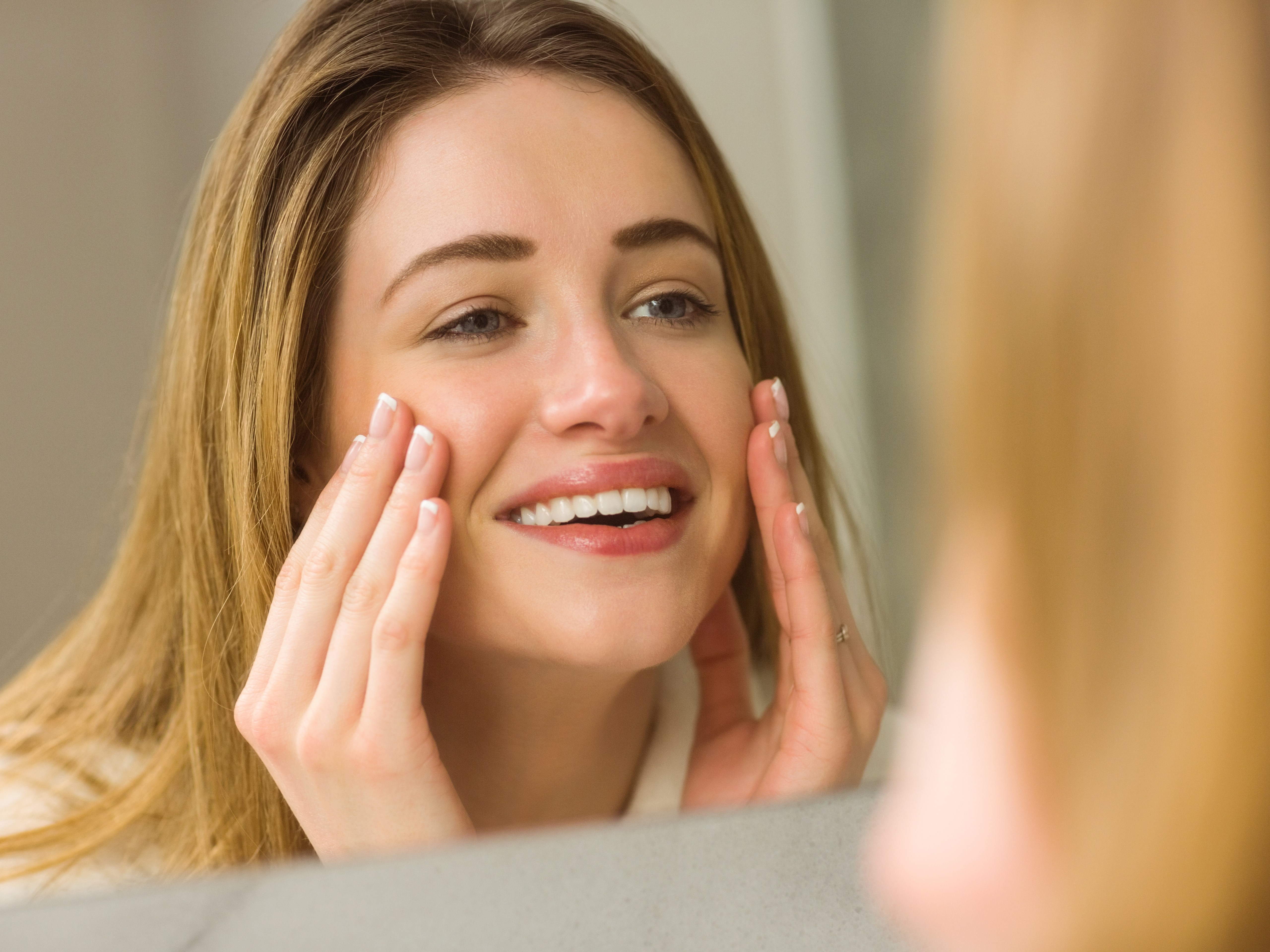 Years ago, I realized that if I looked into a mirror right after I went for a run, I would see a younger me. I attributed this impression to the fact that I was in a better mood after running, my circulation was pumping and my face reflected the joy I felt from my own version of the runner’s high.

But now I know it’s not just me. I haven’t been imagining I looked younger just because I feel better after running. Researchers have found that exercise does in fact turn back the clock on the age of your skin and muscles (along with other rejuvenating benefits).

If you’ve been having a hard time committing to an exercise program, these positive anti-aging changes may be the just motivation you need.

After finding that exercise improves the skin and fur of aging lab animals, Canadian researchers at McMaster University ran a test to see what an exercise program might do for the skin of aging humans.

As part of a series of experiments, the scientists took biopsies of skin samples from a group of people in their late 60s who had rarely exercised. After having these folks perform aerobic exercise a couple of times a week for three months, they biopsied their skin again.

The initial biopsy had revealed skin that appeared typically middle-aged and older. The outer skin level, before the exercise program, had thickened. This part of the skin, called the stratum corneum, typically dries out and is more prone to flaking off by the time you reach your 50s.

But after the exercise program, microscopic examination of new biopsy samples showed a reversal of the aging process. As researcher Mark Tarnopolsky told The New York Times, “I don’t want to over-hype the results, but, really, it was pretty remarkable to see. (Each skin sample) looked like that of a much younger person, and all that they had done differently was exercise.”

Tarnopolsky and his colleagues suspect that these skin benefits may be partly due to myokines, substances produced by exercising muscles. When muscles release myokines, these compounds enter the blood and travel throughout the body.

The skin analyses showed that a myokine designated as IL-15 had collected significantly in skin cells, climbing by more than 50 percent. But exactly how IL-15 rejuvenates skin is not yet understood.

Other research shows that at the same time as I’ve been admiring my improved looks in the mirror, my muscles are also turning back the clock for themselves in ways that I can’t see — although I can see that they’re pretty well-toned.

Another study at McMaster shows that lifting weights and doing other types of resistance exercise encourages the genes in your muscles to act like the genes of a younger person.

The researchers describe this as a change in the muscles’ “genetic fingerprint” a shift that improves their mitochondrial functions. Mitochondria are the structures in the cells that produce the power that moves muscles and drives your metabolism.

To test how these changes work, the McMaster scientists took about two dozen non-exercising men and women and had them lift weights twice a week for sixth months.

“We were very surprised by the results of the study,” says researcher Simon Melov. “We expected to see gene expressions that stayed fairly steady in the older adults. The fact that their ‘genetic fingerprints’ so dramatically reversed course gives credence to the value of exercise, not only as a means of improving health, but of reversing the aging process itself, which is an additional incentive to exercise as you get older.”

Even after the study was over, many of the people who had been lifting weights kept on exercising. Four months later, the researchers examined the exercisers again.

They were still going strong.

“They were still as strong, they still had the same muscle mass,” says Tarnopolsky, who was also involved in this study. “This shows that it’s never too late to start exercising and that you don’t have to spend your life pumping iron in a gym to reap benefits.”

As for me, my primary motivation for eating a paleo diet, lifting weights and jogging is to stay healthy.

But those ego-boosting rewards I get when I look in the mirror don’t hurt.