Home » 4 conditions you can fight with fall’s favorite fruit 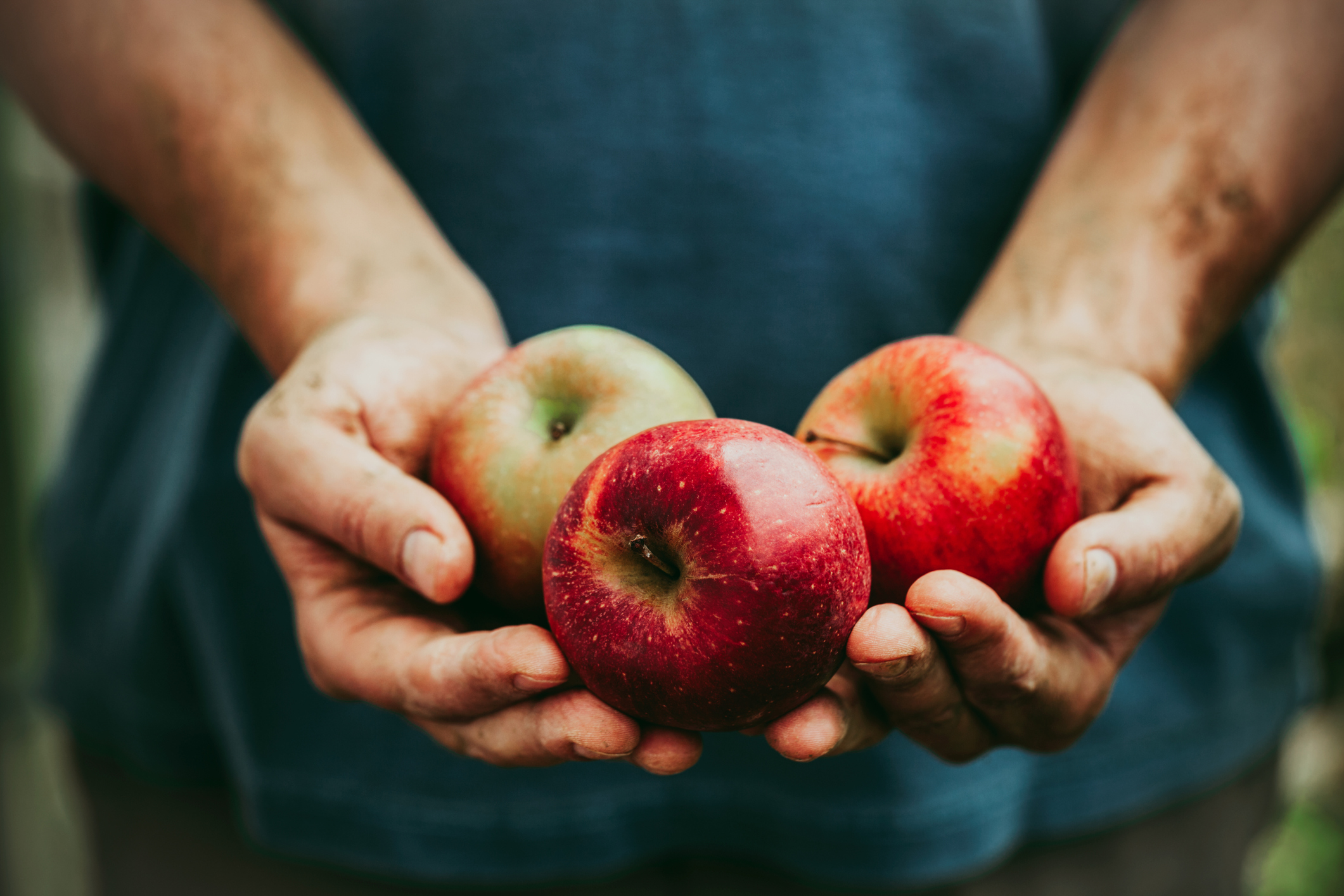 When I was a child, I never ate school lunches. My sister and I always had a home-packed lunch, complete with sandwich, veggies and, in the winter, a thermos of soup.

And almost year-round, but especially in the fall, there was always, always a shiny, crisp Macintosh apple.

We all know the saying, “an apple a day keeps the doctor away.” It originated in Wales, and has been shortened from the original: “Eat an apple on going to bed, and you’ll keep the doctor from earning his bread.”

Well, if I’m any example, this bit of wisdom may very well be true. I’ve hardly been sick a day in my life!

Right now, fall is bringing us a bounty of apples in many colors, flavors, shapes and sizes. One of the great pleasures of the season where I live has always been to take a drive to a local orchard and pick our own.

There’s abundant research to show that, no matter what variety is your favorite, you’ll be making a healthy choice by eating that “apple a day!”

1. Apples guard against stroke.
A 2011 study followed over 20,000 adults for ten years and monitored the fruits and vegetables they ate. It was clear that eating white-fleshed fruits, particularly apples and pears, lowered stroke risk by 52 percent.

The powerful antioxidant quercetin is thought to be the reason. It inhibits the production of cytokines, proteins that trigger inflammation in the body.

2. Apples lower LDL cholesterol.
This is one way that eating apples lowers your stroke risk. Keeping “bad” LDLs down reduces plaque buildup in the arteries. That plaque is the first step in the blood flow blockage that can result in a stroke.

Women between 45 and 65 who ate 75 grams of dried apples each day had a 23 percent decrease in LDLs over a period of six months. The researchers responsible for this study were stunned by these results.

A total of 187,382 participants, none of whom had diabetes at the start, had their diets analyzed every four years for how often they ate a range of fruits. Over the course of the study, 6.5 percent developed diabetes, but data showed that eating three servings a week of apples, pears, blueberries or raisins reduced the risk by 7 percent.

4. Apples may help prevent breast cancer.
The fact that fruits and vegetables are cancer fighters is nothing new. But it seems that apples are especially promising.

Dr. Rui Hai Liu, a prominent researcher and associate professor of food science at Cornell University, has conducted no less than six studies pointing to the anti-cancer power of apples and other fruits.

In his most recent animal study, which lasted 24 weeks, Dr. Liu found that a highly malignant type of adenocarcinoma, one of the main causes of death in breast cancer patients, developed in 81 percent of rats who did not eat apples, but only in 57, 50 and 23 percent of those who ate one, three or six apples a day, respectively.

Easy ways to get your apple-a-day

Apples may just be the most versatile fruit out there. There’s nothing like biting into a crisp, juicy one for pure enjoyment. But there are so many other ways to get your daily apple!

Here are a few yummy recipes to get you started!