Home » 5 signs your acid reflux is something serious 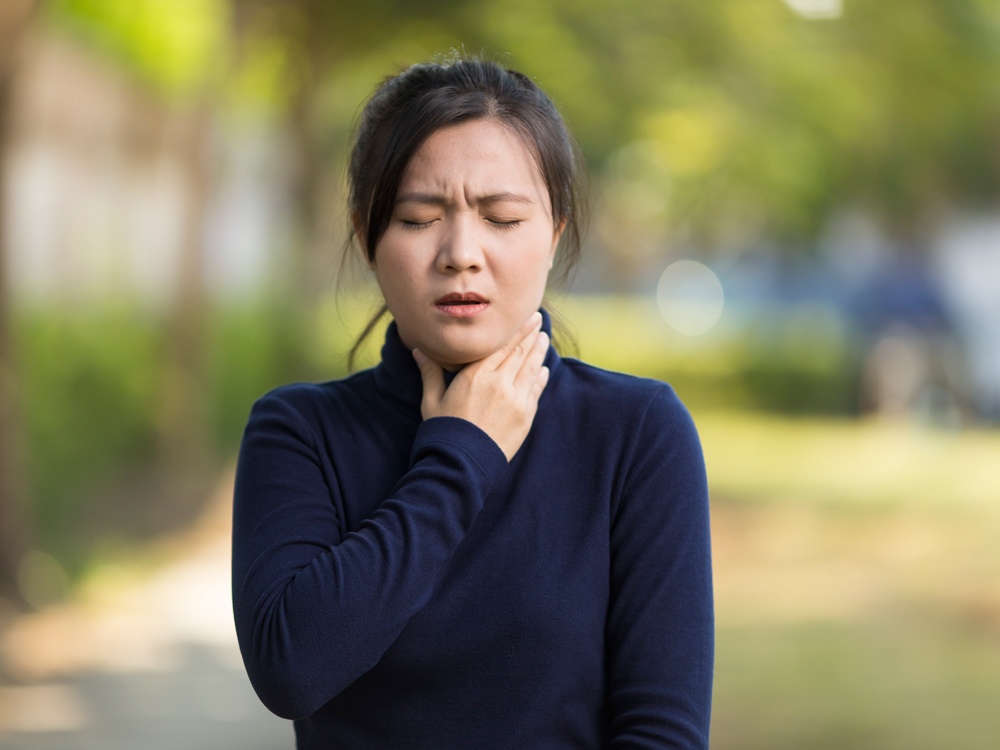 There’s nothing worse than enjoying a satisfying meal only to have it ruined by an unwelcome second course — uncontrollable stomach acid.

It’s a problem that 20 percent of adults worldwide deal with at some point or another. But if you’re feeling the irritating burn of stomach acid more than twice a week, you could have gastroesophageal reflux disease (GERD), a chronic disease where stomach acid creeps up your windpipe and damages its lining.

If you have GERD, you may feel burning in your chest, a sour or acidic taste in your mouth or like there’s food stuck in the back of your throat. You may even regurgitate some of your food.

It’s unpleasant to say the least, but it can also be dangerous…

GERD may not pose a serious threat to your health at first, but if you let it go on long-term, it could lead to Barrett’s esophagus, a condition where your esophagus becomes severely damaged. GERD has also been linked to cancer — as both an early symptom and even a potential cause.

In fact, if you have GERD, there are five symptoms you should be on the lookout for that may be a sign of something more serious:

If you have any of these symptoms, get yourself to a doctor pronto to get an accurate diagnosis. They could be signs of Barrett’s esophagus or even cancer. But if your symptoms are more run-of-the-mill, there are a lot of natural ways to get rid of GERD. First, you should say no to known GERD triggers like:

You can also try losing weight. Several studies have indicated that extra pounds can make acid reflux worse. Eating smaller meals and avoiding food for three hours before bedtime can also improve your GERD. And, if all else fails, take a daily shot of apple cider vinegar. It’s one of the best natural GERD remedies around.

But there is one thing you definitely don’t want to do if you have GERD… cover up your symptoms with over-the-counter medications like chewable calcium carbonate antacids, ranitidine tablets, Prilosec or Nexium.

Not only do these products mask your symptoms without getting to the root of the problem, but they could have serious side effects…

For starters, taking over-the-counter antacids too frequently can prevent you from absorbing important vitamins and minerals and lead to problems like osteoporosis, vitamin deficiencies and electrolyte abnormalities. And who needs that on top of uncontrollable and uncomfortable stomach acid?

But it gets worse…

Proton pump inhibitors (PPIs) are a group of drugs most commonly used to treat acid reflux disease and ulcers. Some of the best known PPIs include Prevacid (lansoprazole), Prilosec (omeprazole) and Nexium (esomeprazole). They were designed to slow down your stomach’s acid production, but it turns out they do much more than that…

They also increase your risk of bone fracture, pneumonia and clostridium difficile infection. And, most recently, they’ve been linked to a very serious side effect: They cause kidney disease and even kidney failure.

So take the first indications of indigestion seriously to avoid an ailment that can quickly escalate to a much more serious matter. You want to avoid PPIs at all costs.