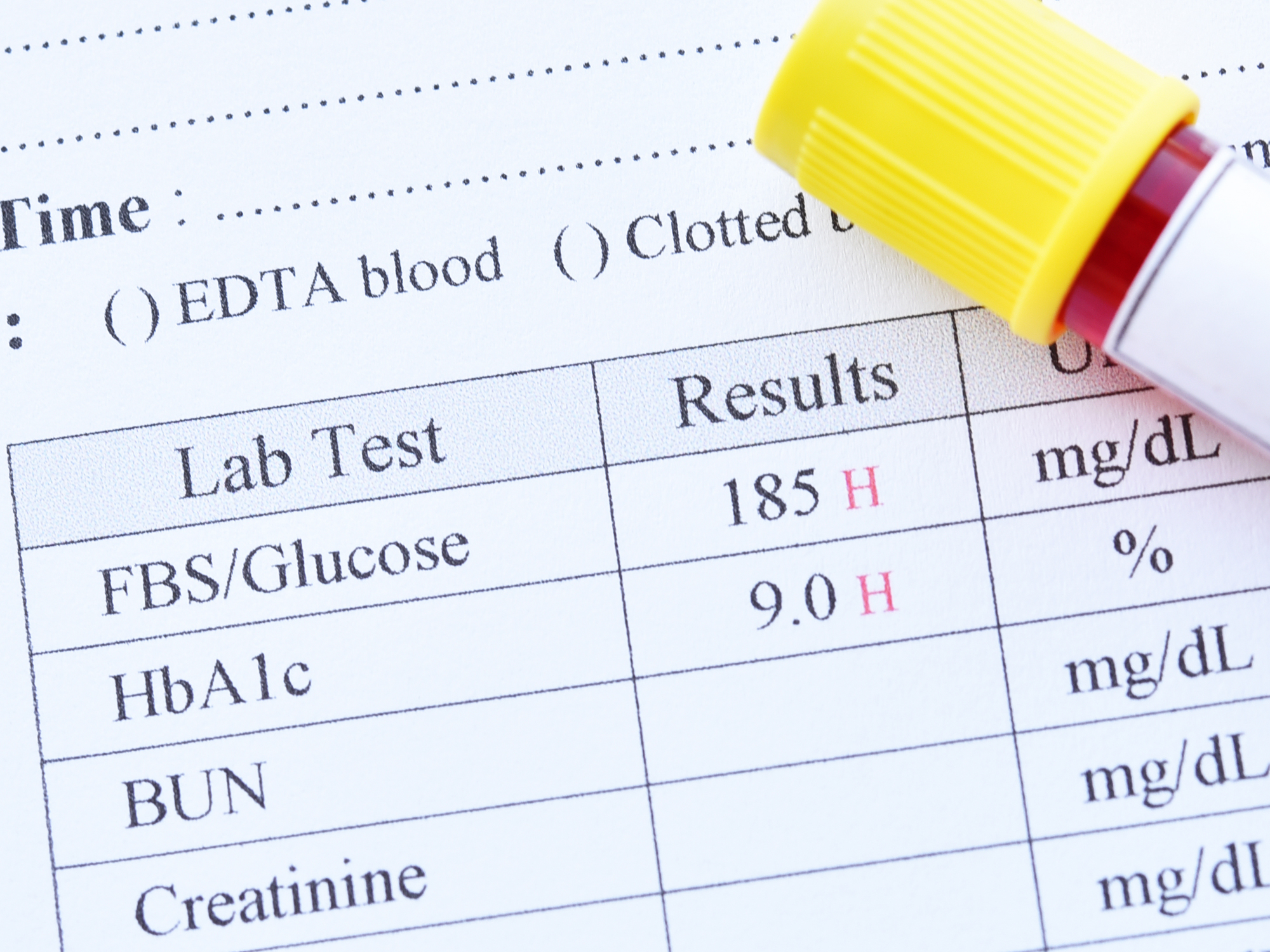 Here’s a scenario for you.

There’s a disease that kills millions of people each year, yet millions don’t even know they have it, or that they are close to having it.

There are two different ways to test for this disease.

One is inexpensive and convenient, yet misses the presence of the disease almost 75 percent of the time.

The other is less costly and more convenient, yet highly accurate.

Which one would you choose if you thought you had this disease? Easy answer, right?

This scenario is very real. But often, it seems, the answer isn’t that simple…

Getting tested for type 2 diabetes

The American Diabetes Association recommends that, if you have symptoms of diabetes, you get tested.

Symptoms of diabetes include:

Also, those with high cholesterol, hypertension, polycystic ovarian disease, or a family history of diabetes, would do well to get tested.

There are three ways to measure blood sugar:

Fasting blood glucose (FBG). This is the most commonly used test. It measures the concentration of glucose in the blood after an 8-12 hour fast. What it doesn’t tell you is how your blood sugar levels respond to the food you eat.

Oral glucose tolerance test (OGTT). With this test, you fast and then are given 75g of glucose dissolved in water. Your blood sugar is tested an hour later, and again an hour beyond that.

Hemoglobin A1c test. This test measures how much glucose becomes permanently bonded to the hemoglobin in your red blood cells.

The theory behind the A1c test is that red blood cells live an average of three months. So, if you measure the amount of sugar stuck to those cells, it gives you an idea of how much sugar has been in the blood over the past three months.

And until now, the A1c test has been considered the “gold standard” for accurately diagnosing diabetes. But there’s a problem with that… it’s not accurate, not by a long shot.

Why doctors shouldn’t rely on A1c

Because the A1c test is far more convenient and less costly than the other two tests for diabetes, more and more doctors have been relying on this test alone to diagnose prediabetes and diabetes.

But based on the findings of a recent study, this is a bad idea.

“Based on our findings, A1c should not be solely used to determine the prevalence of diabetes,” said lead researcher Maria Mercedes Chang Villacreses, M.D., of City of Hope’s Diabetes and Metabolism Research Institute in Duarte, Calif. “It should be used in conjunction with the oral glucose test for increased accuracy.”

In the study, 9000 adults not diagnosed with diabetes were given both the oral tolerance glucose test and the A1c test. The A1c test did not detect 73 percent of the cases of diabetes that were detected by the oral glucose test.

Combining the two tests gives a far more accurate picture, and picks up on cases of diabetes that otherwise would continue to kill silently.

To say that diabetes is a national epidemic in our country is no exaggeration. Here are some statistics from the Center for Disease Control (CDC):

Seven million people were walking around with a time bomb ticking inside them and didn’t know it.

Dr. Ann Albright, director of the CDC’s National Center for Chronic Disease Prevention, warns that if current trends continue, one in three U.S. adults will have full-blown diabetes by the year 2050.

After heart disease and cancer, diabetes is the third most frequent killer in the country, partially because it causes kidney failure, heart disease, and stroke.

Clearly, if you had diabetes or were at risk for it, you’d want to know about it sooner rather than later.

How to avoid diabetes in the first place

Diabetes is actually one of the most preventable of diseases. Here are 10 things you can do to avoid it.


Editor’s note: The truth is there are lots of proven and effective natural and alternative ways to turn type 2 diabetes around. And you can find them in Forbidden Secrets From Nature’s Pharmacy to Reverse Diabetes and Blood Sugar Problems! For a preview, click here!