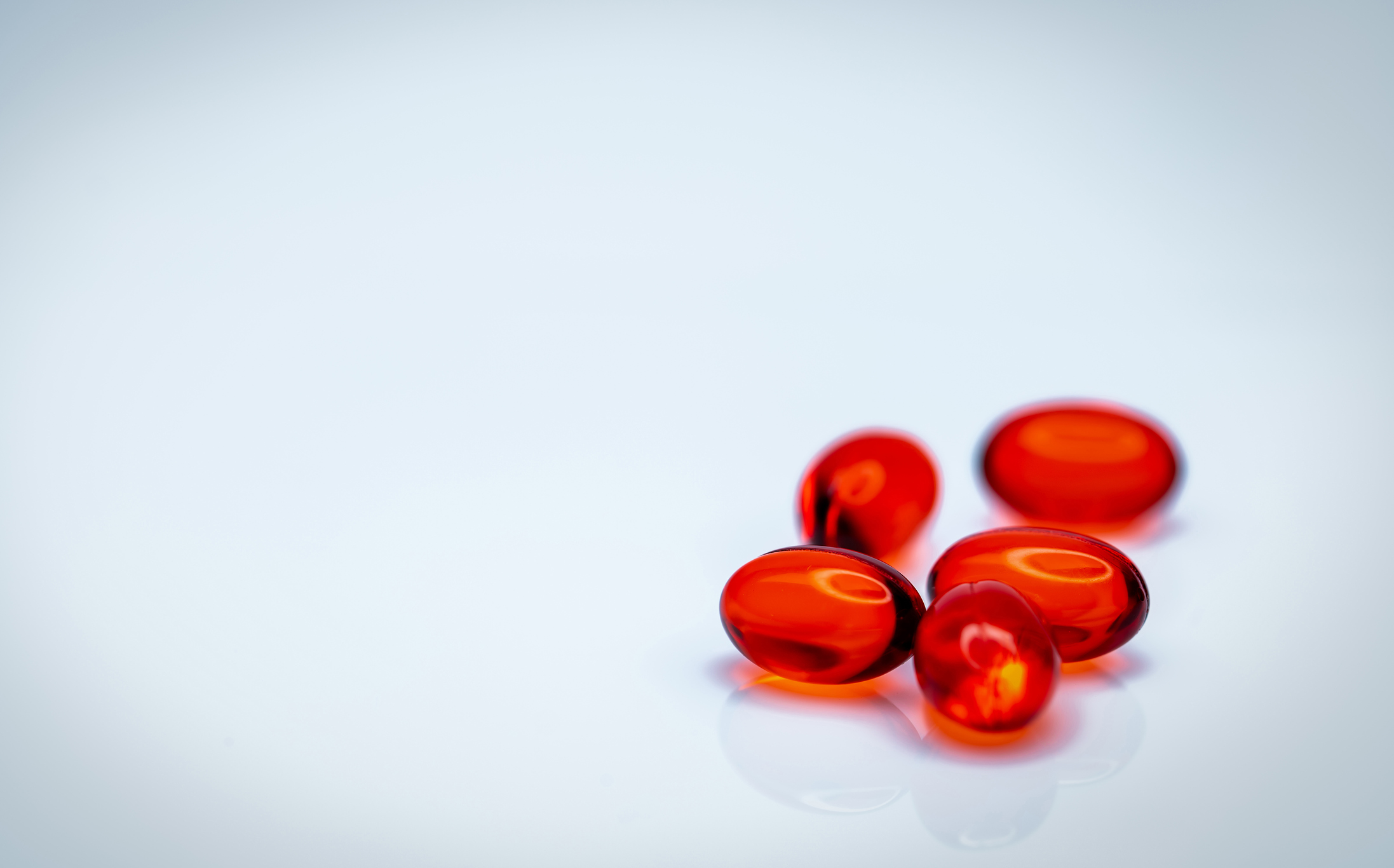 There are a lot of reasons to choose krill oil over regular fish oil. Its omega-3 fatty acids are more easily absorbed, it doesn’t leave the same fishy burps or aftertaste and it’s cleaner than fish oil.

Astaxanthin not only pumps up the omega-3 benefits of krill oil, it gives the body’s aging processes quite a challenge, in part because of its powerful impacts on the body’s most vital systems and organs.

So let’s dive into what this amazing antioxidant is, where it comes from and what the research says about it…

What exactly is astaxanthin?

Astaxanthin is a red-colored ketocarotenoid first identified and isolated in 1938 by scientist Richard Kuhn, who discovered it while studying lobsters to find out what gave them their color. Kuhn won the 1938 Nobel Prize in Chemistry for his work on carotenoids and vitamins.

Astaxanthin is found mainly in the algae Haematococcus pluvialis and the yeast Xanthophyllomyces dendrorhous, both of which produce it naturally. The algae are a food source for a number of sea creatures, and astaxanthin is what turns their shells and flesh pink.

Because krill feed almost exclusively on these algae, they contain higher amounts of astaxanthin than other marine animals like shrimp, salmon, trout and lobster.

How astaxanthin works in the body

As a carotenoid, astaxanthin is fat-soluble and has antioxidant properties that help protect your cells from free radicals and oxidative stress.

Astaxanthin acts by neutralizing reactive oxygen species (ROS) on the inner and outer layers of cell membranes. This keeps ROS from doing damage to the basic building blocks of the cell including DNA, protein and lipids.

Here are some specific ways astaxanthin supports your overall health….

Like many antioxidants, astaxanthin may help to reduce inflammation. But astaxanthin’s specific ability to neutralize ROS helps reduce proteins that can cause inflammatory diseases such as celiac disease, rheumatoid arthritis, heart disease and diabetes.

Not only does astaxanthin fight inflammation, it also assists our mitochondria, the energy powerhouses located in our cells. Having mitochondria functioning at their best gives our bodies optimal energy and helps it operate at peak performance.

Studies show astaxanthin’s anti-inflammatory capabilities can help with exercise recovery by protecting the body from overproduction of free radicals, inhibiting the production of excess lactic acid in the muscles, reducing fatigue and improving muscle strength.

Along with fighting inflammation, astaxanthin can boost your immune system by helping to activate white blood cells known as T-cells as well as natural killer cells. T-cells attack malicious cells based on antigen markers, while natural killer cells work even faster to stop foreign invaders from harming your health.

But one advantage astaxanthin has is that its molecular structure is small enough to allow it to cross the blood-brain barrier. This gives it added ability to protect the brain and possibly even slow the onset rate of cognitive disorders.

Astaxanthin may also literally grow your brain. According to one study, astaxanthin can promote the growth of new brain cells in the hippocampus, the area of the brain responsible for learning and memory. Researchers also found that those new cells had even greater learning and memory capacity.

Astaxanthin can also help reduce LDL, the “bad” kind of cholesterol, and raise HDL, or “good” cholesterol. And since astaxanthin works in tandem with omega-3s in krill oil, you get a greater cholesterol-lowering benefit than with regular fish oil.

Astaxanthin could be useful in preventing diabetic nephropathy, a disorder of the kidneys. According to one study in mice, the antioxidant activity of astaxanthin helped lower blood sugar, reduce stress on the kidneys and prevent renal cell damage.

While chemically astaxanthin shares some similarities with other carotenoids (like beta-carotene), it’s more closely related to oxygenated xanthophylls like lutein and zeaxanthin, both known for improving eye health. And like these two nutrients, astaxanthin can also help protect your vision.

But here astaxanthin has an extra edge, like it does in the brain…

Not only can the antioxidant cross the blood-brain barrier, but the same process holds for the retinal barrier.

Glaucoma involves an increase in the pressure of fluid inside the eyeball that causes oxidant damage and loss of blood flow and eventually results in retinal cell death. In eyes with experimentally induced glaucoma, astaxanthin restored these retinal parameters to normal.

Another study showed that astaxanthin supplementation resulted in a 46 percent reduction of eye strain caused by visual display terminals.

Astaxanthin appears to act as a sort of natural internal sunscreen by helping to protect your skin from damage by the sun’s ultraviolet (UV) rays. The nutrient builds up in the top two layers of skin, helping to block UV penetration and reduce existing sun damage like wrinkles and lack of elasticity.

Healthy aging is a hot topic in discussions surrounding lifespan. This is the intersection referred to as healthspan. Numerous studies have shown that supplementing astaxanthin appears most beneficial for many of the aging processes and organs most challenged by aging including the brain, eyes and skin, not to mention energy levels.

Some experts recommend getting about 3.8 mg of astaxanthin a day, the amount found in roughly 5.8 ounces of salmon. However, others say a therapeutic dose of astaxanthin is anywhere from 4 to 12 milligrams a day, which makes it difficult to get through diet alone.

That’s why supplementing with astaxanthin-rich krill oil is a great alternative. Just remember, because it’s a fat-soluble carotenoid, take it after a meal for best absorption in the body.

Beneficial and Detrimental Effects of Reactive Oxygen Species on Lifespan: A Comprehensive Review of Comparative and Experimental Studies — Frontiers in Cell and Developmental Biology