Home » Is it a chest cold or bronchitis and is pneumonia far behind? 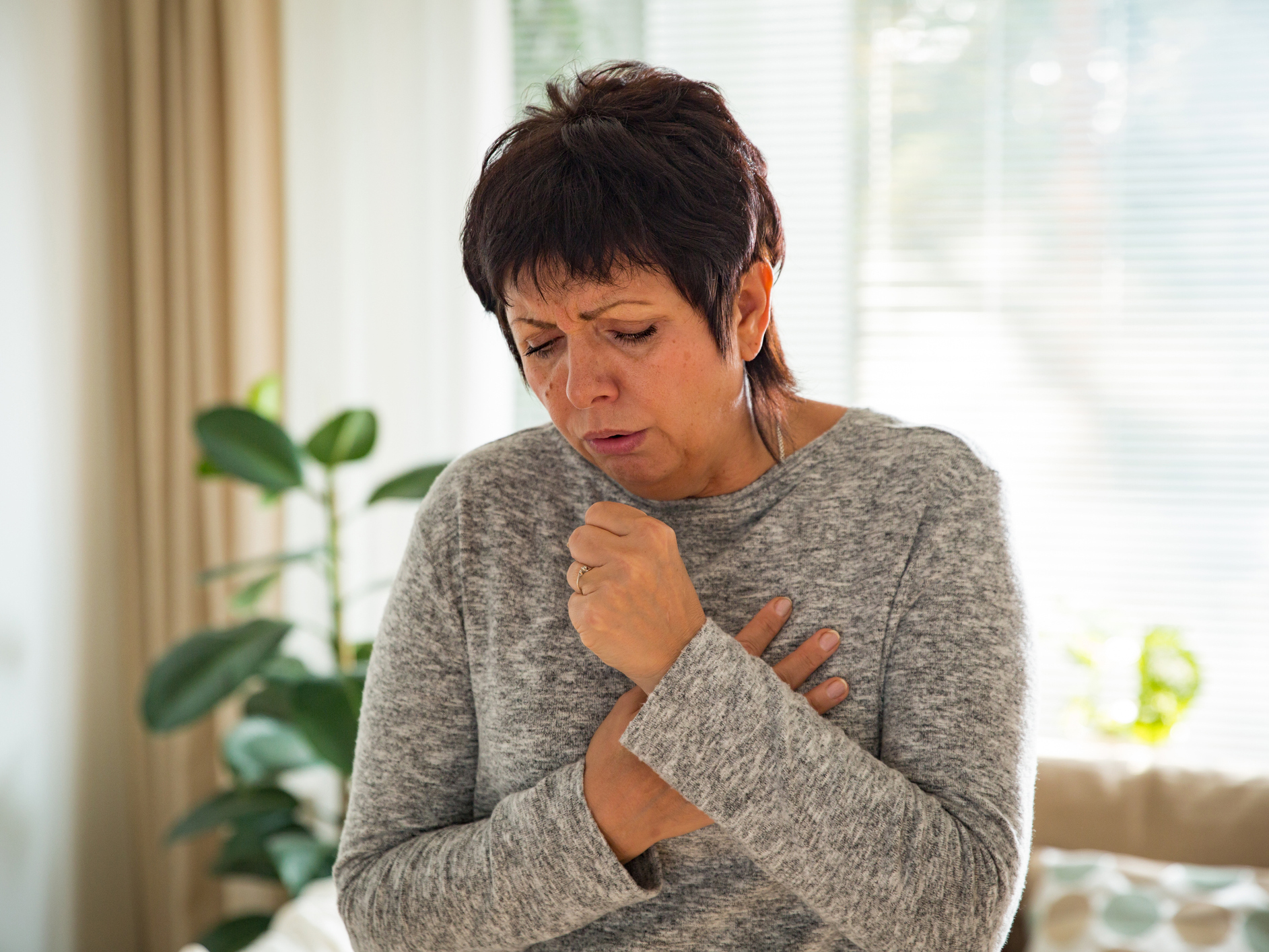 Could colds, coughs and sore throats can happen any time of year.

There are so many healthy, warming drinks, as well as vitamin supplements and  nutrition and lifestyle adjustments, that could keep you from getting sick.

But even the healthiest of us can catch germs from people around us, and before you know it, we’ve got chills, we’re sneezing… and the nose and chest are clogged.

It’s the chest you should be most concerned with.

What many people write off as just a “chest cold” is actually an inflammation of the lungs called bronchitis.

Here’s how to know if you’ve got it, and how to treat it, keep yourself comfortable, and make sure it doesn’t become a more serious respiratory issue.

When a cold becomes bronchitis

Coughing is your body’s way of getting rid of mucus in the chest. It’s a healthy reflex. But when a cough persists long after cold symptoms are gone, it’s probably a case of bronchitis.

If your cough produces thickening, darker mucus, keeps you awake at night, or lasts more than three weeks, it’s time to call your doctor. Likewise, if your fever is over 100.4F, or you are having consistent difficulty breathing.

The bronchial tubes are passageways that carry air deep into your lungs. When the inner lining of these tubes becomes inflamed and swells up, breathing becomes difficult.

On top of that, the membranes in the bronchial tubes secrete extra mucus to soothe the irritation. The persistent coughing of bronchitis is a way to try and move that mucus up and out.

Clear mucus isn’t a problem, but if you’re coughing up green or yellow phlegm, it’s a sign of infection.

Other symptoms of bronchitis can include:

If you have bronchitis, you will also feel extremely fatigued. Restricted airways mean less than optimal oxygen being taken in. Respect this symptom, and give your body the rest it is asking for.

Do you need an antibiotic?

Doctors find that most patients diagnosed with bronchitis request and expect antibiotic treatment. But the truth is, the vast majority of cases are due to a virus. And only bacteria are killed by antibiotics, not viruses.

For the most part, treatment for bronchitis is focused on relieving symptoms. Drinking a lot of fluids and getting plenty of rest are of primary importance, and an over-the-counter pain reliever can help with chest pain.

Your doctor may prescribe an expectorant, a medication that loosens and releases mucus, making it easier to cough up. You may also need some sort of inhaler to help open the airways.

So far, we’ve been describing what’s known as acute bronchitis. It comes on, runs its course in a few weeks, and is done.

Chronic bronchitis, on the other hand, just doesn’t seem to let go. Smoking is often, but not always, the cause. A spirometry test (a test of lung capacity and function) is used to diagnose chronic bronchitis. A chest x-ray will also confirm the diagnosis.

Bronchodilators (inhalers) and steroids are used to control the symptoms of chronic bronchitis.

And yes, chronic bronchitis can lead to pneumonia if left untreated.

Bronchitis infects the airways that lead to the lungs. The infection can travel into the lungs themselves, causing pneumonia.

Diagnosing pneumonia can be tricky and often requires an x-ray to do so. And it’s nothing to mess around with, especially if you’re a senior. So, if symptoms seem worse or are not getting better, get checked to see if your bronchitis has led to pneumonia.

Natural ways to nip bronchitis in the bud

When prepared, your body can fight off viral infections. To be sure your immune system is up to the task, there are two main requirements: a hydrated body and optimal nutrition.

But if you’re blindsided, there are a few things Dr. Cutler suggests that you can do to ramp up your bug-fighting powers, starting with: